JUST IN: Jinkee Pacquiao Is One Glamorous Ninang at a Wedding Wearing Accessories Worth at Least P10 Million|Read more »
Culture | By Marj Ramos Clemente - Aug 24, 2020 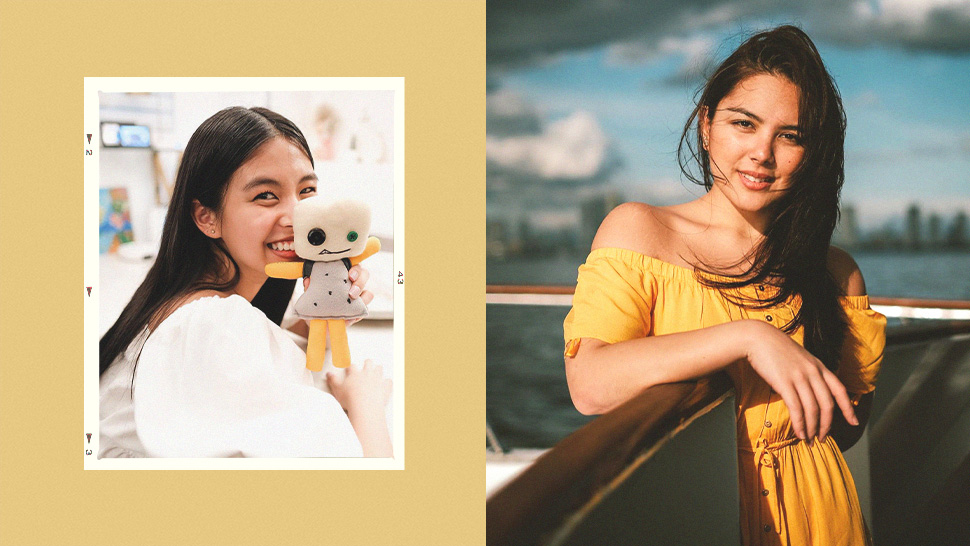 IMAGE INSTAGRAM/gabbi, INSTAGRAM/ria
She gifted one to Gabbi Garcia and Kathryn Bernardo who are also fans of the K-drama!

A very telling sign that you’re a huge, huge fan of It’s Okay to Not Be Okay is if you own (or have already ordered) some themed merch from the show! Especially now that the drama's officially over, separation anxiety is real. Ria Atayde, a self-confessed K-drama fan, is a prime example. Possibly one of the biggest followers of the series, she didn’t just order the much-coveted IOTNBO merch for herself—in fact, she’s been giving away a Mangtae doll as a gift to her celebrity friends as well! So sweet!

One of the lucky recipients is Gabbi Garcia, who took to Instagram to thank her friend for the lovely gift. “I’m the happiest,” she captioned her post that shows off the iconic doll in the photos. ”My very own Mangtae huhu! TY, Ria. ILY!”

Apart from Gabbi, Ria apparently sent one to Kathryn Bernardo as well. The actress, who was initially convinced by her friends to watch the K-drama, posted about it on Instagram Stories featuring her niece Lhexine who's holding the Mangtae doll. “Goodnight, Lhexine and Mangtae,” she wrote. “Thank you again, Ria!”

Being the loving and thoughtful daughter that she is, of course Ria did not forget about her own mom, Sylvia Sanchez, who’s also a big fan of It’s Okay to Not Be Okay. The veteran actress did an unboxing post on her IG, revealing that it actually came as a surprise from her daughter. She shared, “You really know how to make me happy, potpot. Simple lang pero napakasaya ko. Thank you, ‘nak!”

Now if you’ve watched IOTNBO, then we bet Mangtae needs no introduction. Handsewn by Moon Gangtae (Kim Soo Hyun), it’s a doll that he made for his brother Sangtae (Oh Jung Se) in order to vanquish his bad dreams. He would later on give it to Ko Munyeong (Seo Ye Ji), who’s also been suffering from nightmares as a result of her traumatic childhood.

Want to follow in Ria’s footsteps and send your friends (or yourself) an IOTNBO care package as well? We did some digging and found out that her “K-box” was made by local shop NY Giftworks. Apart from the limited-edition Mangtae doll, it comes with printed face masks, a bottle of soju, and a bevy of Korean snacks that are perfect for your K-drama binge. (PSA: They also have more curated boxes inspired by other popular dramas such as Itaewon Class, The King: Eternal Monarch, and Crash Landing on You.)

Please tell us where we can find an equally thoughtful friend and fellow K-drama fan like Ria, too! We're so jealous!