Did King Charles III Really Visit Manila in the '90s, As Seen in "The Crown"?

The show dropped the info during its season 5 finale. 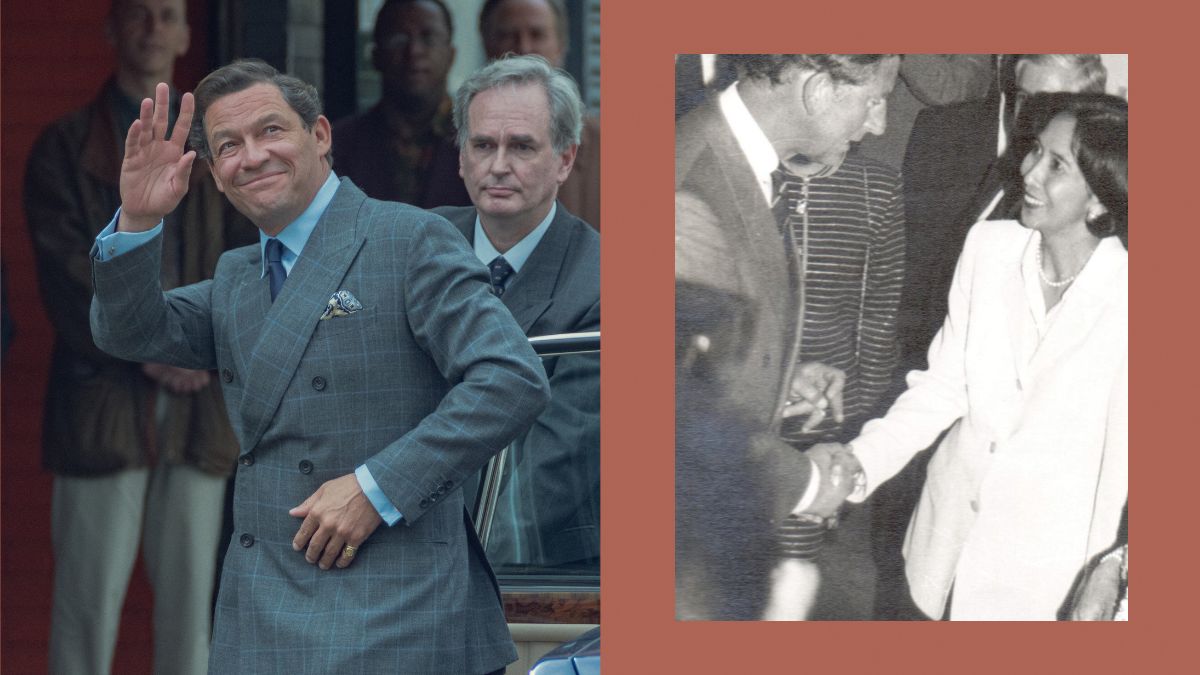 IMAGE (LEFT TO RIGHT) The Crown/Netflix, The Manila Hotel
The show dropped the info during its season 5 finale.
Shares
Share
Tweet

Make way for royalty: The Crown has returned for its fifth season on Netflix. While the production insists that the show is a “fictional dramatization” of the lives of the modern British royal family–even adding a much-talked-about disclaimer for it–viewers can’t help but do a quick Google search after some scenes, just to answer the big Q: Did that actually happen in real life?

British history is one thing, but the show occasionally dabbles into world affairs, with their relationship with the Philippines being no exception. In season four, the series touched upon Princess Margaret’s visit to the country, narrating her interaction with then-first lady Imelda Marcos. In season five, another historical tidbit was revealed: A visit to Manila by King Charles III–then known as Prince Charles.

What “The Crown” season 5 showed

The tenth episode of the Netflix series titled Decommissioned delved into the turnover of Hong Kong to Mainland China, a significant moment after the region’s 156 years of British colonial rule. Almost right in the wake of his highly-publicized divorce from Princess Diana (played by Elizabeth Debicki), the then-Prince Charles (Dominic West) had represented the monarchy for the handover, boarding the now-decommissioned royal yacht Britannia for its last voyage.

After the rain-soaked handover, the prince met up with Queen Elizabeth II (Imelda Staunton) after their respective trips, with the queen just having visited Canada. Upon asking her son where he sailed away after the Hong Kong turnover, Charles had replied: “Uh, Manila and the Paracel Islands.”

The queen, in her usual subtle fashion, responded that she was “surprised” to hear about the trip, questioning the use of the royal yacht as the setting for his affair with Camilla Parker Bowles.

In the case of reality, the then-prince did drop by the Philippine capital on July 3, 1997, just a few days after the turnover in Hong Kong on July 1. But while the show posed it as more of an excuse for a private tryst with Camilla, AP reported that the crown prince was accompanied by former Hong Kong colonial governor Chris Patten.

Just as how the show stressed the Brittania’s last voyage, the royal and his companions boarded the yacht for his 10-hour visit to Manila, where they were met with the Philippine Navy band and three 21-gun salutes.

The prince also made his way to the Malacañang Palace, where he received full military honors and met then-President Fidel Ramos. The royal was also presented with two Philippines tarsiers–the world’s smallest primates endangered at that time–calling back to his environmental advocacies.

After their visit to the Malacañang Palace, the prince and prominent Filipino business figures attended a reception at the Manila Hotel. Charles was scheduled to attend a state dinner, then leaving for London by plane.

On July 17, Charles threw a “lavish” birthday bash in his country estate for Camilla’s 50th birthday, which The Crown also mentioned. The world then took a turn on August 31st, when Princess Diana and her partner Dodi Al Fayed died in a car crash in Paris while being pursued by paparazzi. The show is expected to cover the significant and heartbreaking incident in its upcoming sixth season.