JUST IN: Jinkee Pacquiao Is One Glamorous Ninang at a Wedding Wearing Accessories Worth at Least P10 Million|Read more »
Culture | By Jam Nitura - Aug 27, 2020

All the Netflix Releases We're Excited to Watch This September 2020 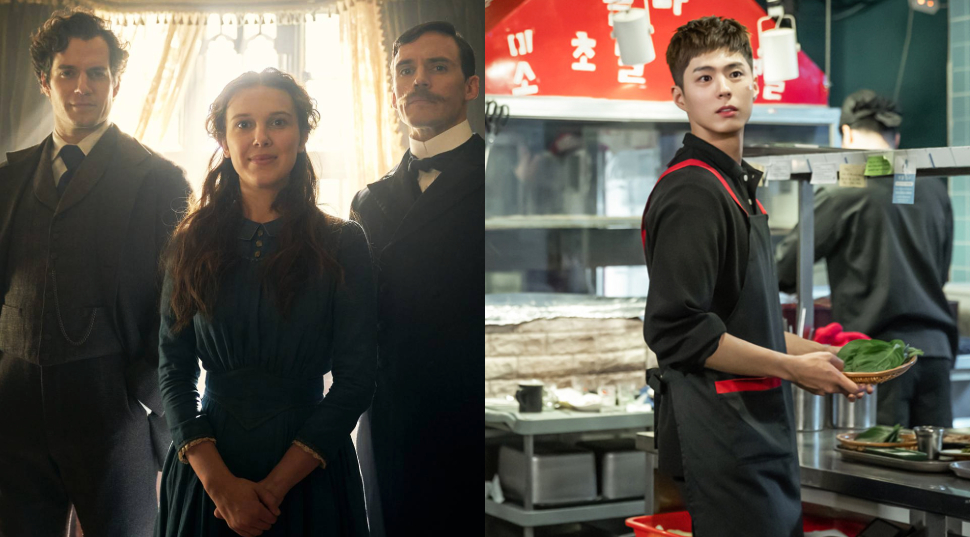 Update your watch list this September with 10 more exciting Netflix releases, including Park So Dam and Park Bo Gum’s much-awaited K-drama Record of Youth, as well as the psychological horror thriller Ratched.

In this German superhero film, a meek fry cook discovers she has superpowers suppressed by years of medication. After teaming up with two others just like her, they uncover a widespread conspiracy and fight for a better world.

In order to save her small law firm, an overworked lawyer agrees to take on a high profile case for her charming client who's out to sue a dating site that promises its users that they will find love. Sparks start to fly between the pair as their lawsuit subsequently finds ground.

A psychological horror thriller, I'm Thinking of Ending Things follows a woman who's unsure of her relationship with her boyfriend. Despiter her doubts, she agrees to take a roadtrip with him to his parents' remote farm where, as it turns out, nothing is as it seems.

Packed with a star-studded cast, Enola Holmes centers on Sherlock Holmes' titular younger teen sister as she sets out to become a sleuth in her own right. Upon learning that their mother has gone missing, the younger girl outwits her famous brother and unravels a dangerous conspiracy around a mysterious young Lord.

Bloom Into You (September 1)

Based on the Japanese yuri manga of the same name, Bloom Into You follows the young Yuu Koito who's always been entranced with the idea of romance. However, when a classmate finally confesses to her in junior high, she's unexpectedly left with nothing but an empty feeling. Now a high school student, Yuu's bewilderment upon her indifference towards love is stirred when model student and council president Touko Nanami impulsively admits she has feeling for the other girl.

American astronaut Emma Green is tasked to lead an international team on a treacherous three-year long mission to Mars. But before she embarks on her uncertain journey, she must first learn to say goodbye to her husband and teen daughter on Earth.

An Eun Yong isn't your ordinary school nurse. Behind her mundane appearance is the special ability to see jelly-like monsters made from the residue of human desire. In order to eradicate these threatening figures and protect the students at her new school, she teams up with her fellow teacher, the handsome Hong In Pyo.