Remember when he played the younger version of Kim Seon Ho on "Start-Up"? 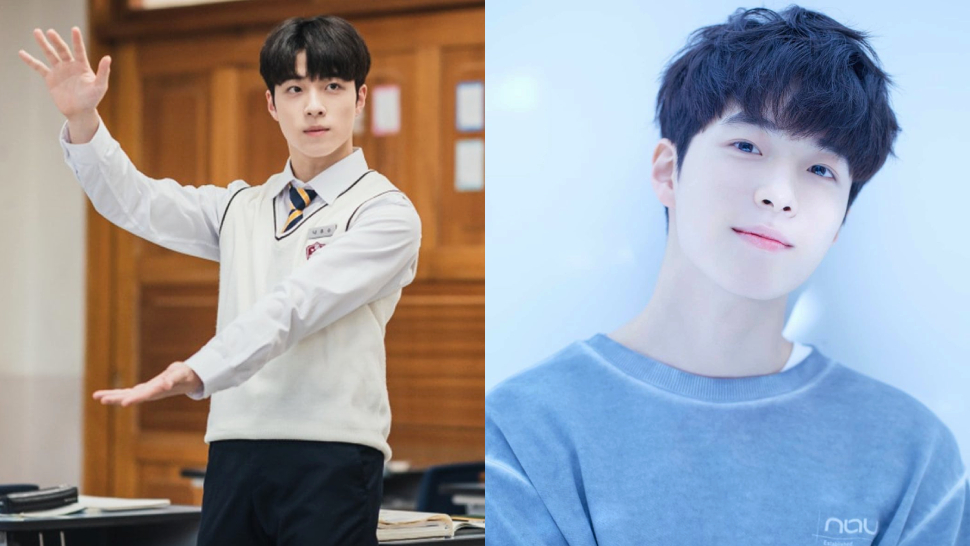 Generations of K-Drama fans will probably come across this industry fresh face and immediately exclaim “Oh, I know him!” or “He looks familiar!” without necessarily having a name come to mind. This is only a testament to how broad Nam Da Reum’s line of work already is at his very young age. Most known for portraying the younger version of male leads, no Korean drama flashback scene is complete without an appearance by Da Reum.

Perhaps one of his most notable appearances as of late was his portrayal of the younger Han Ji-pyeong (Kim Seon Ho) in the 2020 K-Drama favorite Start-Up. Any avid K-drama fan would have most probably seen at least one TV series featuring the up and coming debonair, and with leading roles finally coming his way, Da Reum is more than ready to solidify his name in the entertainment industry.

Before becoming a prominent face on screen, Da Reum was born on June 13, 2002 in Suwon, South Korea.

2. He made his debut in "Boys Over Flowers".

Who doesn’t remember Gu Jun-pyo (Lee Min Ho) and Geum Jan-di (Ku Hye Sun) from the iconic Boys Over Flowers series? Premiered more than a decade ago, the now eponymous show is where Da Reum got his start as a child actor, playing the younger version of F4 member, Yoon Ji-hu (Kim Hyun Joong).

3. He’s an artist in more ways than one.

Da Reum expresses himself as an artist beyond just acting. When he’s not at a shoot or attending classes at the Department of Theater and Film Creation at the Chung Ang University, Da Reum has expressed that he loves honing his skills as a violinist.

4. His acting resume is quite impressive.

At 19 years old, Da Reum already has over 40 TV show credits under his belt. Appearing in dramas like The Suspicious Housekeeper, Hotel Del Luna, and Where Stars Land, the adolescent has played roles ranging from common folk, to royalty, and even to spirits.

With the bounty of characters he’s done, Da Reum is no stranger to putting on different looks. From being a blond bad boy in While You Were Sleeping, to rocking a mullet in Pinocchio, to having long traditional locks in The King in Love, Da Reum’s hair has experienced a lot throughout his budding career.

6. He’s starred in a couple of music videos.

No screen is too small for Da Reum. As a child, he was featured in the music video for Rizi’s I Cry. In 2016, he appeared in two CNBLUE music videos, namely, You’re so Fine and Glory Days.

7. He’s been recognized for his acting chops.

With his extensive body of work as a teenage actor, it’s only apt that his talent does not go by unnoticed. From 2015 to 2018, he’s bagged the Best Young Actor award at different ceremonies, including the APAN Star Awards, MBC Drama Awards, and KBS Drama Awards.

Da Reum’s number one fan has got to be his mom. On her Instagram, she posts reels, posters and behind-the-scenes shots of her beloved son, all in the name of motherly love and support. Now, if this isn’t the cutest and most wholesome thing you’ll find out today, we don’t know what is.

9. He earned his first leading man role in 2021 with "The Great Shaman Ga Doo Shim".

Breaking away from playing the youthful versions of other male leads, Da Reum starred in the TV show The Great Shaman Ga Doo Shim opposite fellow child actor Kim Sae Ron. This was a timely role for him given that it was his first one after entering adulthood (aka, he was finally of legal age when he got offered the script). The series follows Da Reum as Na Woo-soo, a golden boy who gains the peculiar ability to see ghosts after he crosses paths with the titular Ga Doo-shim.

It seems that as he starts to mature, so do the themes of his work. You can catch the rising star as Cheong-seok in the mystery-thriller The 8th Night, which, much like The Great Shaman Ga Doo Shim, also deals with supernatural events. The film is available for streaming on Netflix, so make sure to go and catch a glimpse of Da Reum in action.

Klean Kanteen Just Updated Their Classic Tumblers With Aesthetic New Designs, And We Want Everything