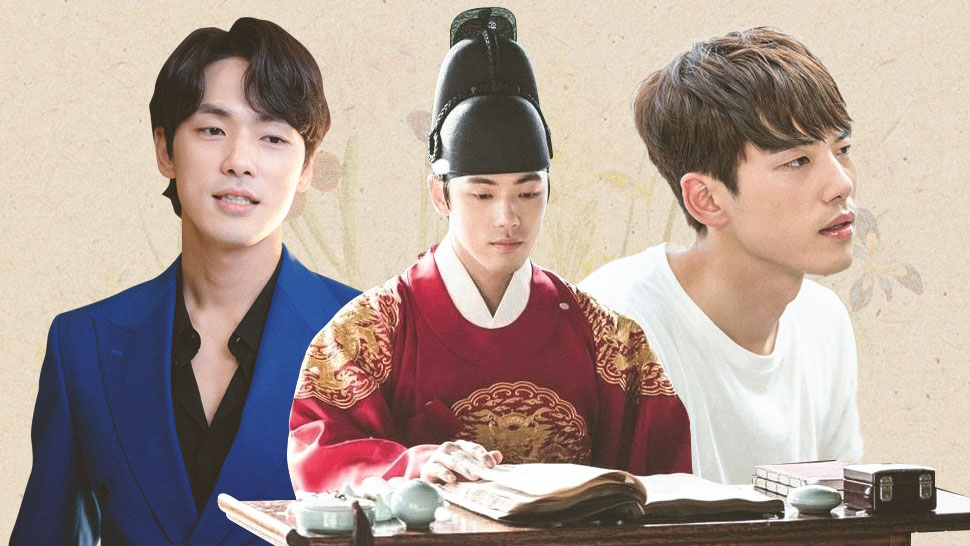 Have you fallen in love with Kim Jung Hyun on Mr. Queen yet? Well, we already listed down 10 fun facts any new fan should know about the South Korean actor. And now that we all know him a little bit more, it’s time to put our newfound appreciation for Jung Hyun to the test and finally dive into the rest of his promising repertoire.

The son of a servant during the Joseon Dynasty, Hong Gil-dong lives with no power and social standing. This soon changes when he gets fed up with King Yeonsangun’s reign, an infamous tyrant despised by his own people. In order to help the impoverished suffering from his rule, Gil-dong establishes a band of thieves who serve justice by stealing from the rich and giving back to the poor. Jung Hyun portrays Mo Ri, a supporting character in the series who turns into Gil-dong’s rival.

Ra Eun Ho's dreams of becoming a webtoon artist is compromised when she gets caught in another student's mischievous plan to cause chaos within their school. Her situation only worsens when her classmates pin her as Student X, an unknown troublemaker constantly out to send their corrupt and classist institution into turmoil. With the help of the aloof Hyun Tae-woon (Kim Jung Hyun), she sets out to unmask the culprit behind the enigmatic moniker.

This two-episode MBC special follows Jung Hyun as Man Soo, a man frozen for more than 30 years. When his body finally thaws and he wakes with a longing in his heart, he sets out to find his first love. While on his search, he crosses paths with Ha Da, a cold-hearted woman who becomes jaded after having lived in the city for too long. As Man Soo helps Ha Da with her own frozen heart, can the two eventually find true love?

A lighthearted sitcom, Welcome to Waikiki centers on three aspiring artists who come together in a guesthouse venture in order to fund their upcoming film. However, after a slew of mishaps ensue, they soon find that managing their new business isn't as easy as it seems.

Seol Ji-hyun is an optimistic and cheerful woman who always looks at the good side of life. In contrast, Cheon Soo-ho is an ill-tempered restaurant CEO with no empathy for other people despite only having six months to live. When Ji-hyun’s sister dies in his home and the once bright woman falls into depression, a remorseful Soo-ho spends the rest of his short life trying to help her get back on her feet.

The lives of a South Korean heiress and a North Korean military officer are forever changed when the former lands into North Korean territory after a paragliding accident. Jung Hyun plays Gu Seung-jun in the series, a charmingly deceptive conman and one half of the show's second couple.

In modern-day Seoul, prestigious chef Jang Bong-hwan of the President’s Blue House gets caught in a scuffle that leads him to fall off a building. When he wakes up, he realizes he’s traveled back to the Joseon period, and his soul is now inhabiting the body of Queen Kim So-yong. Unable to get back to his own time and body, he sets out to learn more about the queen’s life but ends up getting caught in the kingdom’s political drama. Jung Hyun is King Cheoljong on the show, the kingdom's righteous figurehead.

Jung Hyung plays Do-hyun in Overman, a delinquent gymnast who's punished with school chores for fighting on campus. While on his shift as a library assistant, he meets Soo-hyun, a bibliophile dealing with her own baggage. The two teens eventually grow close and develop an intimate bond, but with each of them struggling with their personal problems, can they make their newfound relationship work?

Hailed as the world’s first 4DX VR Film, Stay with Me tells the bittersweet love story between Woo Jin, a young man who dreams of becoming a musician but suffers from stage fright, and Yeon Soo, a wannabe actress determined to succeed in the world of drama.

Set between the years of 1979 and 2015, Rosebud chronicles the life of Hong Jang Mi, an aspiring singer. Years after her glory days, she crosses paths with her ex-boyfriend Myung-hwan, now a successful doctor who offers to aid Jang Mi in her new life with her daughter.