LOOK: Here's How (and Why) Bela Padilla Decided to Uproot Her Life in Manila and Move to London|Read more »
Culture | By Jhanine Caoile - Feb 5, 2021

Missing them already? Here’s a list of what you can watch while waiting for season two. 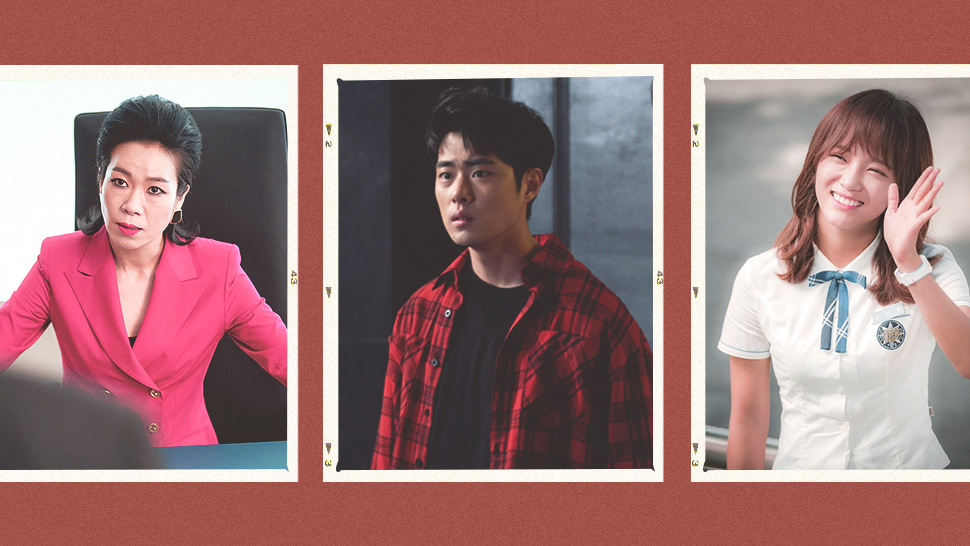 Just like that, Korean hit series The Uncanny Counter came to a close with last month’s season finale. Scene after scene, we've all grown so intrigued by the show’s constant plot twists. As much as we all loved the well-written storyline, the portrayal of this K-drama series wouldn't have been the same without the exceptional talents of Jo Byeong Gyu, Yoo Joon Sang, Yeom Hye Ran, and Kim Seo Jong.

Just in case you’re already missing this brilliant bunch, here are 10 K-dramas that you might love just as much. FYI, There’s a second season coming soon too, so you should definitely add these to your watch list while waiting for its release.

We’ve gone crazy over this hit K-drama series ever since it first aired in November 2018. The luxury private residential area, Sky Castle, is home to prestigious families of wealthy doctors and professors. It most especially houses the four housewives, Han Seo-jin, Noh Seung-hye, Jin Jin-hee, and Lee Soo-im. For these mothers their children’s education are their top priority, and they would do anything and pay any cost to get their kids into Seoul National University. However, beyond their well-kept reputation and status in society lies several dark family secrets. As they slowly unfold, various unexpected plot twists transpire one after another. If you’re into anything near the genres of satire, dark comedy, and family drama, then Sky Castle should definitely be a must-watch for you!

Not a baseball fan? Worry not! Besides the slight technicalities of baseball, this sports-centered series captures the heartwarming success story of a low-ranking pro-league baseball team, Dream. Thanks to their newly hired general manager, Baek Seung-soo, the team surpasses the problems that frequently come their way.  Along with the help of staff member Han Jae-hee, the two team up to create a championship winning team.

After losing his parents in a traumatic fire incident, Lee Ahn is left with the power of psychometry, or the ability to see anything and anyone’s past by the means of physical contact. With the help of his friend Yoon Jae-in, prosecutor Kang Seong-mo, and investigator Eun Ji-soo, he uses his powers to his advantage and unravels the mystery behind his parent’s death.

Who’s in it: Yoo Joon Sang

This legal thriller tells the tale of Han Moo-young, a man who became a reporter in hopes of getting vengeance for his brother’s death. Together with prosecutor Kwon So-ra and journalist Lee Seok-min, the three work together to expose the truths behind the event that derailed all of their lives five years ago.

Who’s in it: Yoo Joon Sang

Hostage crises, terrorist threats, attempted suicides. These are just some of the high-risk catastrophes that Joo Sung-chan encounters on a usual working day. Despite these highly-dangerous and volatile situations, Sung-chan and the rest of the police crisis negotiation team always find a way to solve and diffuse these problems without the use of force. However, what seems to be a thorn in their side is Son Hee-sung, an aggressive and antagonistic broadcast journalist who’s made it his job to report their endless list of intriguing cases.

6. I Wanna Hear Your Song

Who’s in it: Kim Se Jeong

Timpanist Hong Yi-young finds herself witnessing a murder incident, but unfortunately loses her memory of the day and soon develops insomnia as a result. Luckily, she meets Jang Yoon, an orchestra pianist who she calls every night to overcome her sleeping disorder. With Jang Yoon’s help, she eventually recovers her memories and solves the murder mystery constantly haunting her thoughts.

Who’s in it: Kim Se Jeong

As you may know from the title itself, School 2017 is a drama that revolves around the troublesome lives of high school students Ra Eun-ho and Hyun Tae-woon. Eun-ho is a cheerful and upbeat 18-year-old girl who dreams of becoming a webtoon artist one day, but all her aspirations are put at risk upon getting caught up in the crazy antics of Student X, a mysterious mischief-maker who causes the school nothing but trouble. In hopes of uncovering the identity of the anonymous culprit, Eun-ho meets the rude and uptight Tae-woon who ends up helping her. Together, they join forces with the other students to spark change against their corrupt school system.

The webtoon-based K-drama, Mystic Pop-up Bar, presents a good mix of comedy, fantasy, and romance beyond the walls of a mysterious pojangmacha (outdoor drinking establishment). Looking after the pop-up bar is the ill-tempered owner Weol Ju, the innocent part-time worker Han Kang-bae, and Chef Gwi. The three serve their customers not with food, but by resolving their problems through their dreams. Mind you, they entertain both living and deceased guests too.

9. When the Camellia Blooms

Single mother Song Baek is perpetually at the center of her small town’s gossip wheel. Despite her situation, she endures everything for the sake of her only son Pil Gu, and makes ends meet with her bar-restaurant named Camellia. However, her bid for an ordinary and quiet life is upended when she meets Hwang Yong-sik, a local police officer who falls in love with her. Things get even more complicated when she’s made the next target of a serial killer on the loose.

Fall in love in this world of fantasy and romance centered on an immortal goblin and an upbeat high school student. Nine centuries into his painfully long life, the goblin Kim Shin finally finds his bride, Ji Eun Tak, who just so happens to hold the power to end his immortal life. However, things take a sharp turn when the two start to fall in love.