She's best known for her role on the hit K-drama "Sky Castle". 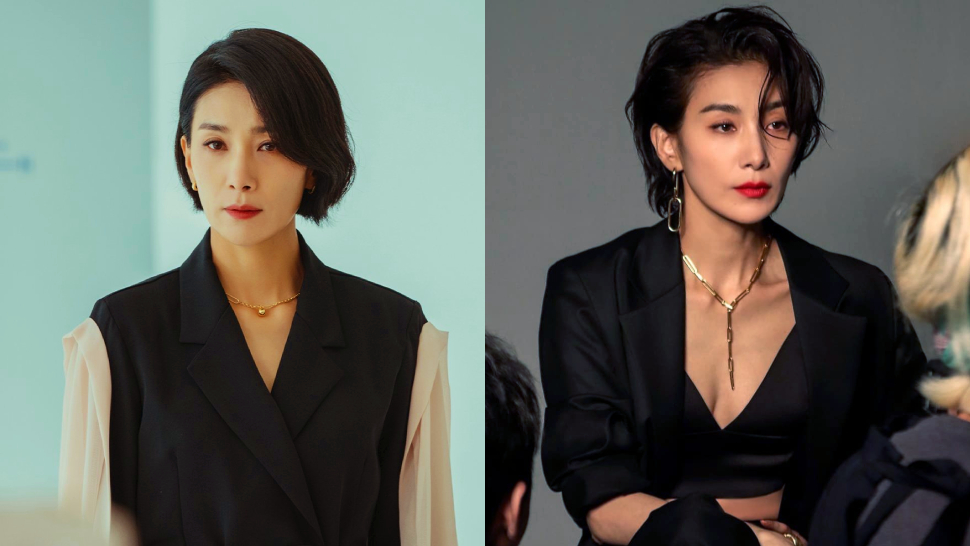 If you’re currently following Netflix’s newest original K-drama Mine, then chances are you’ve already been taken by Kim Seo Hyung’s irresistible charms just like the rest of us. The talk of the town right now for her portrayal of the elegant and headstrong Jeong Seo Hyun in the series, international fans are even likening her to Hollywood actress Cate Blanchett, thanks to their uncannily similar charisma and girl-crush aura. As new admirers of Seo Hyung, we couldn’t agree more, but would definitely argue that she's an incomparable queen all on her own as well.

Dying to know more about the actress? Below we list down 10 facts you need to know about Kim Seo Hyung.

Having debuted in 1994, Seo Hyung is a seasoned veteran in the business. Her first acting gig was for the KBS TV drama Tomorrow’s Love. After taking on supporting roles for years, she soon rose to prominence in 2008 for the hit Korean revenge drama Temptation of Wife as Shin Ae-ri, a woman who openly flirts with, and eventually steals, her best friend’s husband. The show was so popular that it even got a Filipino remake of the same name, starring Marian Rivera, Dennis Trillo, and Glaiza de Castro.

3. Her role on “Temptation of Wife” left her “traumatized."

While Seo Hyung credits her career’s success to Temptation of Wife, she revealed that she couldn’t get a job for years after the show because of her “too strong” portrayal of the adulterous Ae-ri. When the popular but controversial series concluded at the time, Seo Hyung anticipated that she would immediately be offered TV commercials and lead roles—both of which sadly never came, leaving her devastated and traumatized. Luckily, she started booking acting roles again in 2010, which put her career back on track. Now, the actress is able to see the experience in a positive light.

“Time has passed, and how the public perceives a character has become sophisticated,” she said in an interview. “I’m the same. 10 years ago or now, or even 10 years from now, I always do my best and I work hard to portray my character. So that wall isn’t really a bad wall. I became stronger and it made me work harder.”

Two years before her TV debut, Seo Hyung participated in the Miss Gangwon Pageant as Miss Myeongju. She gained attention for the stint, which helped her land her first acting role on KBS.

If Seo Hyung seems familiar to you, it’s probably because you’ve seen her before in Sky Castle, a.k.a. one of the highest rating Korean series in cable TV of all time. Modern K-drama fans know her best as Kim Joo Young on the show, an academic coordinator and tutor to the elite, both sought after and feared for her twisted methods. Seo Hyung earned her first Baeksang Arts Awards nomination for Best Actress thanks to her stellar performance in the drama.

6. She suffered from hair loss due to her hair style in “Sky Castle”

Seo Hyung’s memorable role on the show came with an equally iconic hair style. Unfortunately, the tight, sleek bun that her character constantly sported in the series caused the actress to suffer from hair loss. “I had severe headaches. I was always irritated,” she revealed in an interview with Entertainment Weekly. It got so bad at one point that Seo Hyung had to fill up parts of her scalp with make up!

7. She’s been recognized internationally for her movies.

Apart from TV dramas, Seo Hyung also has a vast repertoire of movies under her belt. Most notable of all are the films Late Spring and The Villainess. Where the latter premiered at the 70th Cannes Film Festival, she considers her character in the former to be one of her best roles yet, after Sky Castle. Seo Hyung played Jung-sook in the story, a dedicated wife who helps her ailing artist husband to find inspiration for his final sculpture. She earned a nod for Best Supporting Actress at the 14th Milan International Film Festival, and won Best Lead Actress in a Foreign Language Film at the 3rd Madrid International Film Festival for her performance in Late Spring.

8. True Beauty’s Moon Ga Young treats her as a mentor.

Before Sky Castle blew up in 2018, Seo Hyung appeared in the thriller melodrama Tempted as Moon Ga Young’s mother, making the True Beauty star her first on-screen daughter. “She joked about it at the time, saying that she’s not old enough to have a daughter as old as I am, but she really took care of me as if I were her daughter,” Ga Young told Sports Seoul. She’s since grown to look to Seo Hyung as a mentor who she still contacts until now for advice and feedback.

9. She’s developed a strong bond with her “Mine” co-star Lee Bo Young.

Seo Hyung and Lee Bo Young play sisters-in-law who’ve come to depend on each other in the Netflix drama Mine. That said, it seems their characters’ unbreakable bond is true even off-screen, with Bo Young revealing that she often follows Seo Hyung on set! She added during the show’s press conference, “I think that relationship will come out in the drama. I’m always really happy to see [Seo Hyung] on set. There aren’t that many scenes we’ve filmed together, but we always share what’s going on in our lives whenever we meet.”

Want to see more from this sophisticated queen? You can always follow Seo Hyung on Instagram @kim_seohyung.