JUST IN: Jinkee Pacquiao Is One Glamorous Ninang at a Wedding Wearing Accessories Worth at Least P10 Million|Read more »
Culture | By Yssa Cardona - Jan 18, 2023 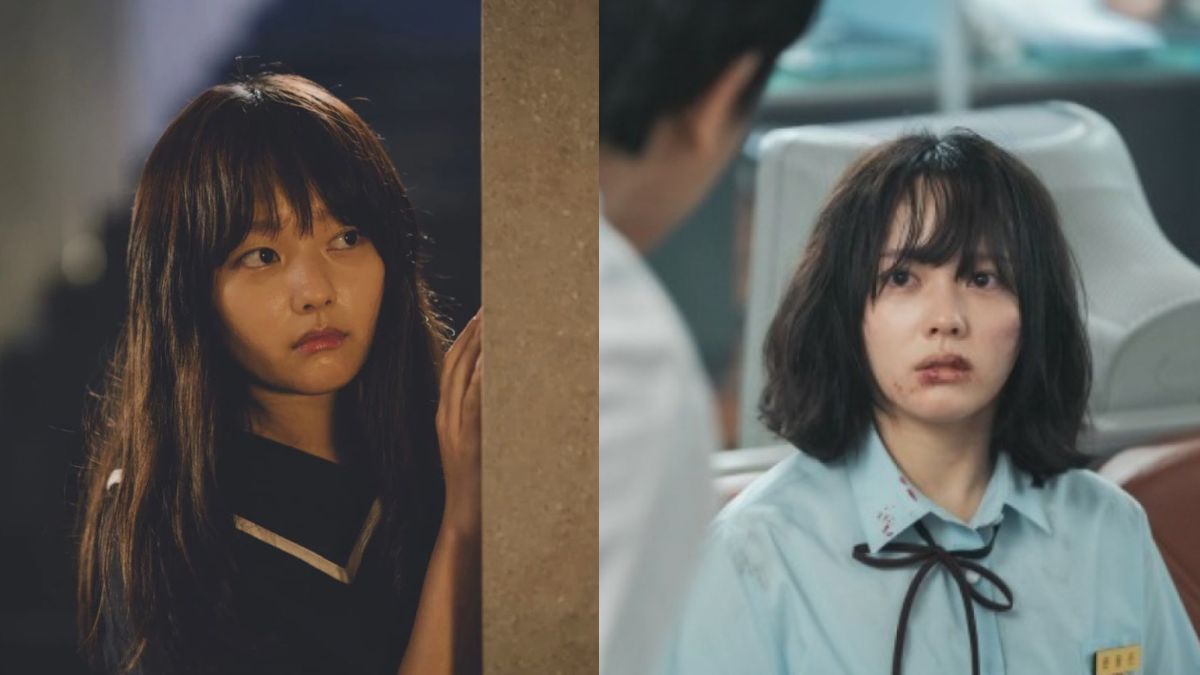 IMAGE (LEFT TO RIGHT) Parasite/Netflix, The Glory/Netflix
ICYDK, she played the younger version of Song Hye Kyo’s character in “The Glory”!

If you’re a true-blue Hallyu fan, you’ve probably heard about every K-drama enthusiast’s latest obsession, The Glory, aka the Song Hye Kyo-led revenge series that has been on Netflix’s Top 10 TV Shows list since it premiered in December. If you’ve watched the series, you may have noticed that the lead protagonist Moon Dong Eun (Hye Kyo) was played by a different actress during her flashback scenes as a high school student. Well, Hye Kyo’s younger version was actually played by up-and-coming star Jung Ji So.

Ji So has starred in several K-dramas prior to The Glory. Below, we round up all the series and movies where you can witness her impressive acting chops!

LIST: K-Dramas and Movies to Watch Starring Jung Ji So

The Glory was not the first time Ji So played the younger version of an actress in a K-drama. In fact, she also starred as the young Ki Seung Nyang in the 2013 historical TV series Empress Ki, which follows the story of a woman who ascended into power despite a classist system.

Based on the webtoon by Lee Choong Ho, Hyde Jekyll, Me is about Gu Seo Jin (Hyun Bin), a chaebol who seemingly has everything—he’s smart, handsome, and rich. However, his personality changes whenever his heart rate exceeds 150. Enter Robin, the kind and gentle man who is also Seo Jin’s second persona.

Ji So plays the young Jang Ha Na (Han Ji Min), who is Seo Jin’s love interest in the drama.

If you love Korean dramas about alternate universes, you will definitely enjoy W: The Worlds Apart! The 2016 series centers on Oh Yeon Joo (Han Hyo Joo), a surgeon on Earth, who falls in love with the rich and famous Kang Chul (Lee Jong Suk), who only exists in the webtoon “W.”

Ji So starred as the teen version of Oh Yeon Joo.

With its success in winning the Best Picture accolade in the 2020 Academy Awards, it’s impossible for anyone to miss the 2019 movie Parasite, which gained praise from fans and filmmakers around the world. It tackled the disparities between two South Korean families—the ultra-rich Park family and the Kim family who struggles with money.

Ji So breathed life into the character of Park Da Hye, the spoiled daughter of the Park family.

If you love watching horror movies, The Cursed might just be right up your alley. It’s about a teenage girl named Baek So Jin (Ji So) who has the ability to bring death upon a person using only their name and belongings. She meets passionate journalist Im Jin Hee (Uhm Ji Won), who is fighting against an evil IT conglomerate.

Tak Dong Kyung (Park Bo Young) is having the worst day of her life. She finds out she has a disease that leaves her with three months to live, learns that her boyfriend actually has a wife, and gets scolded by her boss at work. So when she sees a shooting star one night, she wishes for the world to be doomed. All hell breaks loose from there.

When supernatural beings start appearing out of nowhere, people begin to hear predictions on when they will die. And when that time comes, a death angel appears and kills them. Ji So stars as the horrifying death angel who condemns individuals believed to be bound for hell.