JUST IN: Jinkee Pacquiao Is One Glamorous Ninang at a Wedding Wearing Accessories Worth at Least P10 Million|Read more »
Culture | By Pat Villarica for Spot.ph - Jan 2, 2023 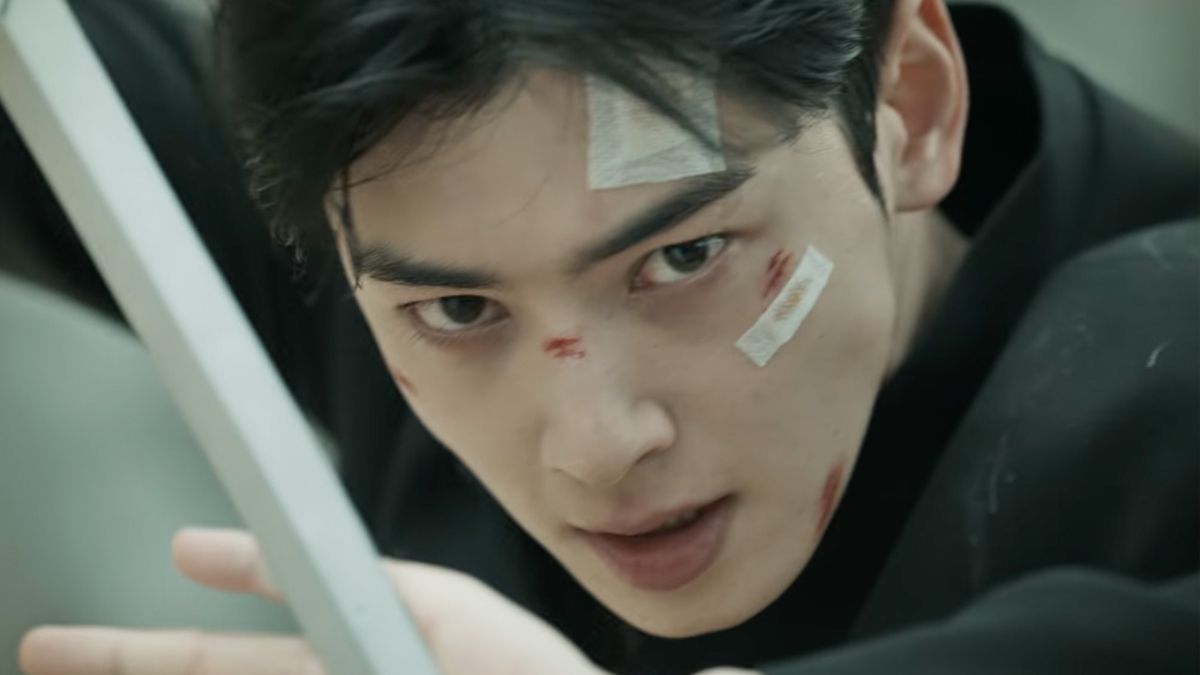 IMAGE Island/Prime Video
Forget everything you know about this usual-sweetheart actor!

Imagine this: Your plane from Seoul is about to land in Jeju Island, South Korea’s largest island known for beach resorts, volcanic landscapes, and unique cuisine. Sounds like a dream, right? The moment you’re settled in, you go for a walk and spot a couple of dol hareubang, large rock statues considered to be gods used for fertility and protection against demons that are seen all over the island. You snap a pic, and its eyes start glowing red.

That’s exactly how the new Korean drama Island sets its dark fantasy tone. Hallyu favorite Cha Eun Woo joins this dark ride, and while it seems like it’s all terror coming your way, trust us when we say you’ll still want to take a trip to this island!

Here's what to expect from the Island series on Amazon Prime:

Set on the country’s largest island, this version of Jeju by Director Bae Jong is one riddled with demons with zombie-like (the kind made famous in other south Korean titles) mannerisms. We got to watch the first episode a week before its release in South Korea and here’s what we think. Warning: Spoilers ahead.

Won Mi Ho, played by Lee Da Hee (The Beauty Inside; Queen of Mystery 2) becomes the central figure of this thrilling ride with her exile to the island acting as a catalyst for the story. Think of it as a horror ride at an amusement park: there'll be jump scares and a gust of wind during her arrival, a lustful demon bride and a rock-and-roll entrance by Kim Nam Gil’s Van included. Half-human and half-demon, Van will have you cheering him on as the good guy, one that you know you can rely on as you go along the ride, all in the few minutes his introduction takes.

But it isn’t all sunshine and rainbows. On this rollercoaster ride, you can expect to be surprised as it's only uphill from the pilot's first moments.

We learn Van's origin story as we go into the ride’s “smooth” middle. We also welcome a new character to the story, Yohan. Played by K-Pop idol turned actor Cha Eun Woo, Yohan is sent to Jeju Island by the Vatican to deal with the lust demons—you'll have to forget everything you know about this usual-sweetheart actor, especially after a very specific exorcism scene!

The episode slides down downhill tracks to enter the ride’s last arc—the one where they pull on all the stops to make you feel a plethora of emotions. Mi Ho's catchup with a childhood friend becomes cause for a clusterstorm of emotions after the reason for her exile is revealed. Whatever calm you had quickly shifts into terror as you experience the “drop” of the episode via the show’s final lust demon of the night. Until your trusty buddy Van shows up!

Similar to any of your go-to rides, you swear it’ll be your last, and yet you find yourself lining up again and again and again. Sure, this streaming service may not be your go-to for K-content for now, but that’s exactly how you discovered your favorite ride to begin with—by taking a risk on an assuming marquee and hoping for the best. It’s the same feeling with Island which has all the tricks lined up to give you the full experience in the span of an hour or so making you wish the next episode drops sooner.