We've investigated and here's why we think so, too! 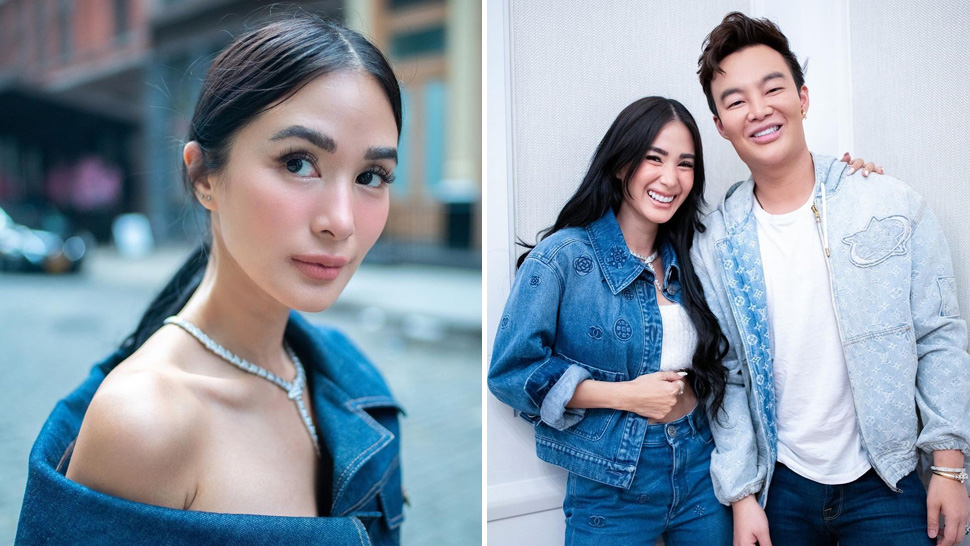 IMAGE Martin Romero via Instagram/iamhearte
We've investigated and here's why we think so, too!
Shares
Share
Tweet
Comments

The speculations began when Heart was spotted hanging out with Bling Empire star Kane Lim in Los Angeles last weekend. On the day, Kane posted a selfie of them in matching denim outfits on Instagram stories, asking his followers, "Who loves Heart Evangelista!?!"

Later, Kane posted a slow-mo video of Heart, himself, and fellow Bling star Kelly Mi Li. He captioned the post "Heart Evangelista You Ready?" and even added hashtags for Netflix and Bling Empire!

Not only that, the entrepreneur also wrote the sweetest message for the Filipina actress: "You epitomize what Philippines mean to me. A country with heart and kindness. A true beauty inside and outside. Perfection!!!"

Heart's twinning moment with Kane obviously had to be on her feed, too. She shared these photos of them in their Chanel and Louis Vuitton denim looks, with a simple caption that could be a major spoiler: "Bling [white heart emoji]."

Heart hung out with the crew again early this week in Carbon Beach, Malibu. It appeared to be an intimate get-together with Kane, Kelly, Deborah Seo, and Filipino designer Mark Bumgarner, who flew to LA with Heart. Another episode, perhaps?

Heart's appearance on the show has yet to be confirmed, but these photos are definitely getting our hopes up!  Thankfully, we might not need to wait that long either, because the speculated release for Bling Empire Season 2 is slated for the second half of 2021—any time now, basically!

Did You Know? Heart Evangelista Auditioned for the Role of Araminta Lee in "Crazy Rich Asians"