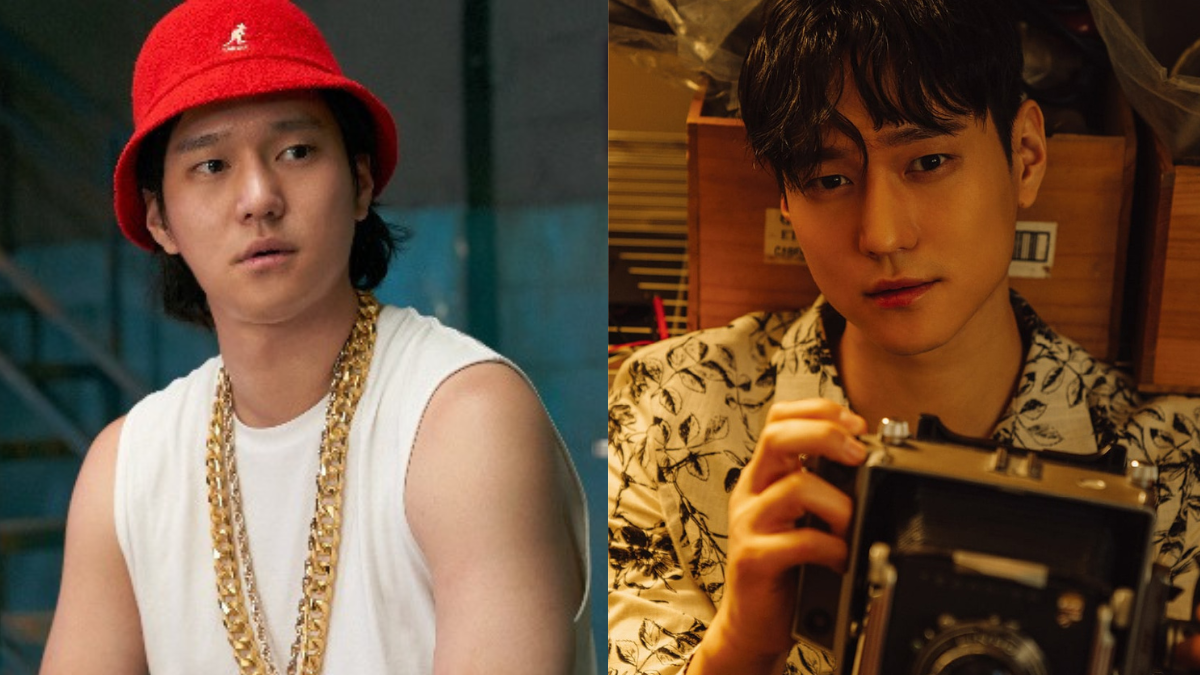 Capturing the essence of the 1980s usually calls for a nail-biting narrative, a swipe of bromance, and a head-bopping soundtrack. Add a couple of cars swooshing through the streets of Korea and you have Netflix's Seoul Vibe. Poised as a story about a money-laundering scheme happening in the shadow of the 1988 Olympics, the film has Hellbound star Yoo Ah In in the driver's seat as Sanggye Supreme team leader Dong-wook. Right by his side is his comrade Woo-sam, who's then played by Go Kyung Pyo.

One could say that the movie is only another feather in Kyung Pyo's cap. The 32-year-old actor has been owning his movie star status for a decade now, with several titles across different genres under his belt. We're pretty sure that he already looks quite familiar to you, so get to know him better by scrolling through the facts listed below

1. Go Kyung Pyo is a Gemini

2. Go Kyung Pyo went to the same school as Yoo Ah In (and more)

Having graduated from Konkuk University, the actor shares his alma mater with the likes of Song Kang, Lee Min Ho, TWICE's Nayeon, and even his Seoul Vibe co-star Yoo Ah In.

In 2010, Kyung Pyo officially got his start playing a supporting character in the second season of Jungle Fish. The coming-of-age series, which had its first run in 2008, was originally helmed by Kim Soo Hyun and Park Bo Young. Kyung Pyo was actually supposed to enlist in the military already until he received news that he bagged the part.

Soon after, he was added to the main cast of Saturday Night Live Korea from 2012 to 2013, a gig that solidified him as a talented comedienne. This led to more roles in rom-coms such as Standby and My Cute Guys.

Come 2015, Kyung Pyo broke into mainstream success after appearing in the sentimental favorite, Reply 1988. The show, which, ICYDK, is one of the highest-rated K-dramas of all time, also made us fall in love with Park Bo Gum, Lee Dong Hwi, Ryu Jun Yeol, and Lee Hye Ri

A year later, Kyung Pyo took on the role of Go Jung-won, a friendly publishing company head in the workplace drama Don't Dare to Dream. His performance on the show was well-received by many, including the SBS Drama Awards who honored him with a New Star Award.

As it turns out, Seoul Vibe wasn't actually Kyung Pyo and Ah In's first time riding together. They previously starred in Chicago Typewriter, a fantasy rom-com about three resistance fighters from the 1930s who are reincarnated as writers in the modern day. Completing their trio in the series was Im Soo Jung.

It was only in 2017 when Kyung Pyo finally got his first leading man role in the slice-0f-life drama Strongest Deliveryman. He played the part of Choi Kang-soo, who, you guessed it, works as a deliveryman. Throughout the show, he and Lee Dan-ah (Chae Soo Bin) go from rivals to lovers, as they aspire to become wealthy like chaebol heirs Oh Jin-kyu (Kim Seon Ho) and Lee Ji-yoon (Ko Won Hee).

After the show concluded, Kyung Pyo formally got enlisted in the military in 2018. Upon getting discharged, he joined the cast of the crime drama Private Lives, and made cameos in My Roommate Is a Gumiho and D.P..

8. Go Kyung Pyo sang the OSTs of some of his dramas

Kyung Pyo has lent his voice to the OSTs of two of his works, namely My Cute Guys, which was a duet with Kim Seul Gi, and for his leading man debut, Strongest Deliveryman.

In an interview with Singles magazine, Kyung Pyo opened up about his love for art. He shares that he, "was influenced by my mother, who started it as a hobby. I’m not amazing at it or anything, but I feel happy because I get a lot of praise that I’m doing well so I keep drawing.” On his free time, the actor occassionaly picks up a pencil and draws freely.

He went on, saying, "Drawing is not only a great form of care for your mental health, but you also feel a sense of accomplishment from creating something. I get a lot of inspiration from the Slam Dunk comics, 90’s music, and H.O.T’s Light through the messages they try to convey.”

For OOTD shots, food pics, and behind-the-scenes snaps of his projects, make sure to follow Kyung Po on Instagram here.