15 Gen-Z Slang Words That You Should Be Aware Of

Keep up with the cool kids! 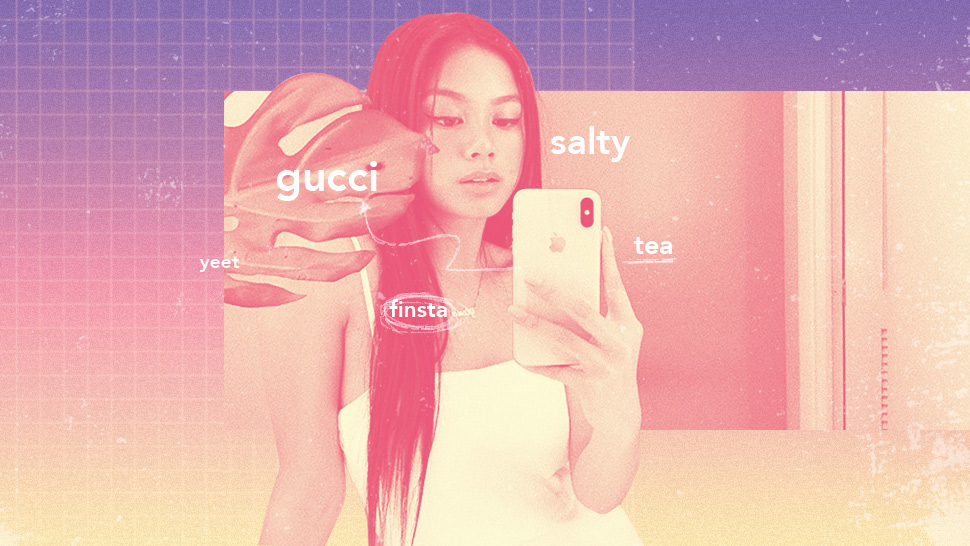 Times are a-changin' and while you've finally caught up on your millennial slang, there's a whole new fountain of words to get acquainted with, especially if you want to understand today's youth, a.k.a. Generation Z. Don't get left out and study up on 15 Gen-Z slang words, below!

Let's get this bread

It’s a gung ho phrase used to say “let’s work hard and get paid,” as bread is related to dough, which is a famous slang for money.

The word salty is used to describe someone who seems to be unnecessarily angry or upset.

No, the kids aren’t referring to the brand when they say this. To say that something is “Gucci” means that it’s all "good" or "okay."

Meaning “fake Instagram,” it’s often a second account for people to drop their unedited, unfiltered photos. A Finsta is usually kept private, and is treated as a space for a more authentic feed.

A word that overlaps with the millennial generation, tea is used to describe gossip or intriguing information.

Often used on Twitter, OOMF means “one of my friends” and is a way of mentioning someone without actually having to say their name.

A clapback is a comeback to a criticism, often delivered with wit and sass.

A word most used in thirst tweets, Snacc describes someone who’s extremely attractive.

Used for when somoeone is boasting or showing off.

Yeet can be used in different variations. Most of the time though, it may either be an exclamation of excitement, approval, or surprise, or may be said when throwing an object at a long distance.

To snap means to do or say something above and beyond impressive.

Queen, often stylized as "Kween," is an exclamation used to hype up or approve of someone.

The hood way of saying "I'm about to do this."

It's a phrase used for when you find something funny.

This ain't it, chief

To use the phrase is to express your disapproval over something that you think isn't right.

Still confused? Click on the video below and watch Patricia Prieto (a millennial) and Ylona Garcia (representing gen-Z) as they try to guess the meaning of some of the words above, and attempt to use each in a sentence.

These Orange Starbucks Tumblers Will Remind You Of Sunsets