What You Need to Know About the #HijaAko Movement

Frankie Pangilinan leads the charge in defense of women. 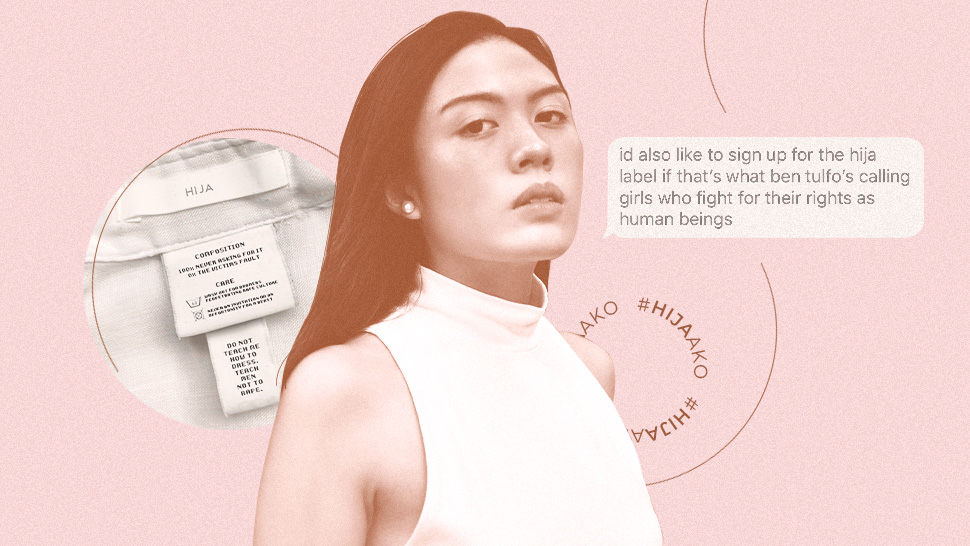 Confused about the #HijaAko movement on Twitter right now? Trying to figure out what's up with the word war between Frankie Pangilinan (the daughter of Sharon Cuneta and Senator Kiko Pangilinan), and Ben Tulfo? Wondering why people still need to protest victim blaming in this day and age? Well, we are too.

Blaming sexual assault on the victim—based on their clothes, character, and whatever other circumstance—is an old and baseless narrative. The Pangilinan vs. Tulfo Twitter exchange is just another chapter in the saga, one that started with none other than the folks mandated to serve and protect our people: The Philippine National Police.

She came in with a solution, but there were counter-arguments. Ben Tulfo swooped in and replied with a tweet, "Sexy ladies, careful with the way you dress up! You are inviting the beast," addressing Frankie as hija.

Frankie replied to him with a tweet that had three points: that "rape culture is real and a product of this precise line of thinking," the manner of how someone dresses up should not be an opportunity for sexual assault, and that calling her hija "will not belittle" her thoughts on the matter.

Frankie reclaimed the term hija with a post that includes the hashtag #HijaAko, which spurred some Twitter users to speak up against victim blaming.

Some folks on Twitter also used the hashtag alongside their own clapbacks, while others shared their thoughts on the issue:

Aren't you just insulting yourself?

With her story picking up traction, Frankie shares that while more thought needs to be put in to turn the #HijaAko movement into an advocacy, she is focusing on using her platform to let the stories of those who have been posting their own stories with the hashtag.

She says in her post, "Been asked a few times now if I'll be pushing the #HijaAko movement into a greater advocacy. While brainstorming is imminent, I think it's more important right now to take the time to hear from all the people who were brave enough to share their stories," adding "I'm here to amplify your voices where others might try to invalidate them and I encourage everyone to do the same."

been asked a few times now if i’ll be pushing the #HijaAko movement into a greater advocacy. while the brainstorming is imminent, i think it’s more important right now to take the time to hear from all the people who were brave enough to share their stories.