The zombie series boasts of a young, promising cast that will have you at the edge of your seats. 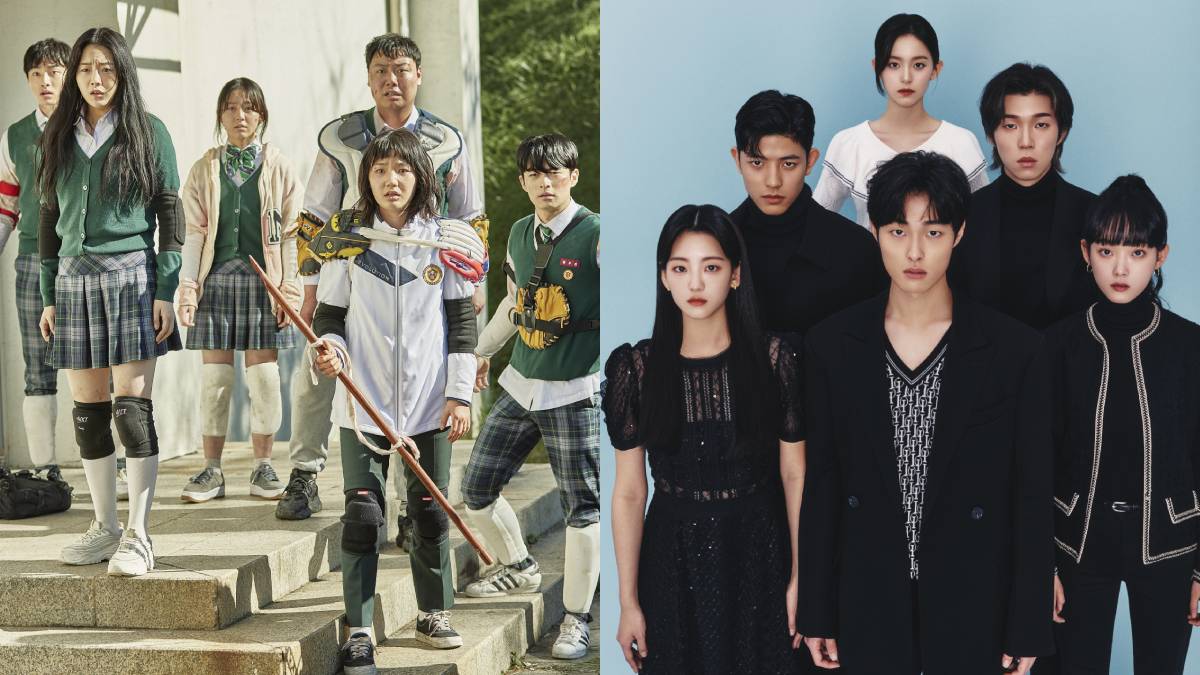 IMAGE Netflix
The zombie series boasts of a young, promising cast that will have you at the edge of your seats.
Shares
Share
Tweet

The highly-anticipated horror series All of Us are Dead can finally be streamed on Netflix! If you’ve already seen the first episode or the official trailer (which has a staggering 12.2 million views on YouTube as of writing), then you probably have two questions in mind: “How can this show be terrifying yet entertaining at the same time?” and “Where have I seen these actors before?” Don’t worry, we’re still in the process of looking for answers for the first question, too. That said, we’re certain we can help you out with the latter! So, without further ado, let’s get to know the talented cast who are set to charm us with their wits and relatable lines— if they’re not too busy brutally dealing with the zombies accosting them, of course.

Below, we give you a rundown on the cast of  Netflix's Korean Zombie Thriller "All of Us Are Dead":

Park Ji Hoo is the youngest among the main cast at only 18 years of age. Make not mistake though, this doesn’t mean she won’t be able to keep up with the more seasoned actors alongside her. This charming actress definitely has what it takes to fill a big role in this suspenseful drama. With the experience of acting in titles like Beautiful World, Sweet Revenge 2, and House of Hummingbird we can’t wait to see how big of an impact Ji Hoo’s fresh acting skills will have on the show.

Playing the grisly Choi Nam-ra is Cho Yi Hyun, who made her acting debut in 2017 with Witch’s Court and Sweet Revenge. K-drama fans, however, may be more familiar with her for her roles in School 2021, Hospital Playlist, and Bad Papa. Alternatively, if you're a lover of Korean horror movies, you may have also seen Yi Hyun in the psychological thriller film Metamorphosis as Hyeon-ju, a member of the haunted Park family.

Kicking off his acting career in 2016 with a daunting horror film, Horror Stories 3, Park Solomon is no stranger to delivering hair-raising scenes that are sure to send chills down your spine. He also appeared in the romantic comedy Sweet Revenge alongside Yi Hyun, wherein he played the lead role. If you want to see more of Solomon, he's also acted in The Guardians and the 2019 Chinese series Lookism.

Filling in another main character’s shoes in the zombie series is Yoo In Soo. His role as All of Us Are Dead's Yoon Gwi-nam is his second time to get cast in a Netflix production after he appeared in Love Alarm in 2019. Having taken part in five dramas in his debut year alone, this young actor is surely a charmer you'll want to keep your eyes on. In 2017, he played supporting characters in Strong Woman Do Bong Soon, School 2017, While You Were Sleeping, Avengers Social Club, and Sweet Revenge. His prolific filmography also includes My ID Is Gangnam Beauty, Moment at Eighteen, Stranger 2, and At a Distance Spring Is Green.

Lee Yoo Mi’s role on Squid Game as Player 240 is proof that this talented actress can become a crowd favorite even with the shortest amount of screen time. Now that she’s playing one of the main roles in yet another electrifying series, we're sure we'll fall in love with her even more—even if she's playing the antagonist this time around. You may have also seen her in Young Adult Matters, Hostage: Missing Celebrity, and The Yellow Sea. She made her acting debut in 2009 as an extra in Assorted Gems.

Son Sang Yeon may only be 19 years old, but he already has a lot of dramas under his name. The Racket Boys star made his debut as a teen actor in Tooniverse back in 2016. You may also know him from Revolutionary Love, Clean With Passion for Now, Two Cops, Falling in Love, his guest role on Dr. Romantic 2, or in his 2019 drama films The Fault Is Not Yours and House of Hummingbird alongside his co-star Park Ji Hoo.

Celebrated for his role as Cha Min-hyuk in Sky Castle, Kim Byung Chul is a talent respected by many. Apart from the JTBC drama, he also shot to fame after appearing in wildly popular shows such as Descendants of the Sun, Guardian: The Lonely and Great God, Mr. Sunshine, and Sisyphus: The Myth. He originally made his acting debut in 2003 with the war-comedy film  Once Upon a Time in a Battlefield. Now portraying a science teacher in the new Netflix series, we're all excited to see how he can put his background in action-packed scenes to the test.

All of Us are Dead is an adaptation of the famous webtoon Now At Our School by Joo Dong Geun. Set in the modern world, this thriller perfectly demonstrates how humans, particularly a group of campus students, would act in the midst of a zombie breakout. Gruesome challenges must be faced and difficult decisions must be made by the students to survive in their school grounds, the virus hotspot. Because of how self-aware the characters are with their strange situation, this zombie drama presents a more relatable take on the apocalypse genre, potentially bending the cliche "I must be the one to save the world" storyline.

WATCH: The Cast of Netflix's "All of Us Are Dead" and Where You've Seen Them Before

Can't Finish Heavy Desserts? Check Out These 7 Shops For Small Cakes That Are Big On Flavor

The Best Cities To Live In For A 'healthy And Happy Life' This Year, According To Study