You can catch him in the Netflix romance drama "A Business Proposal". 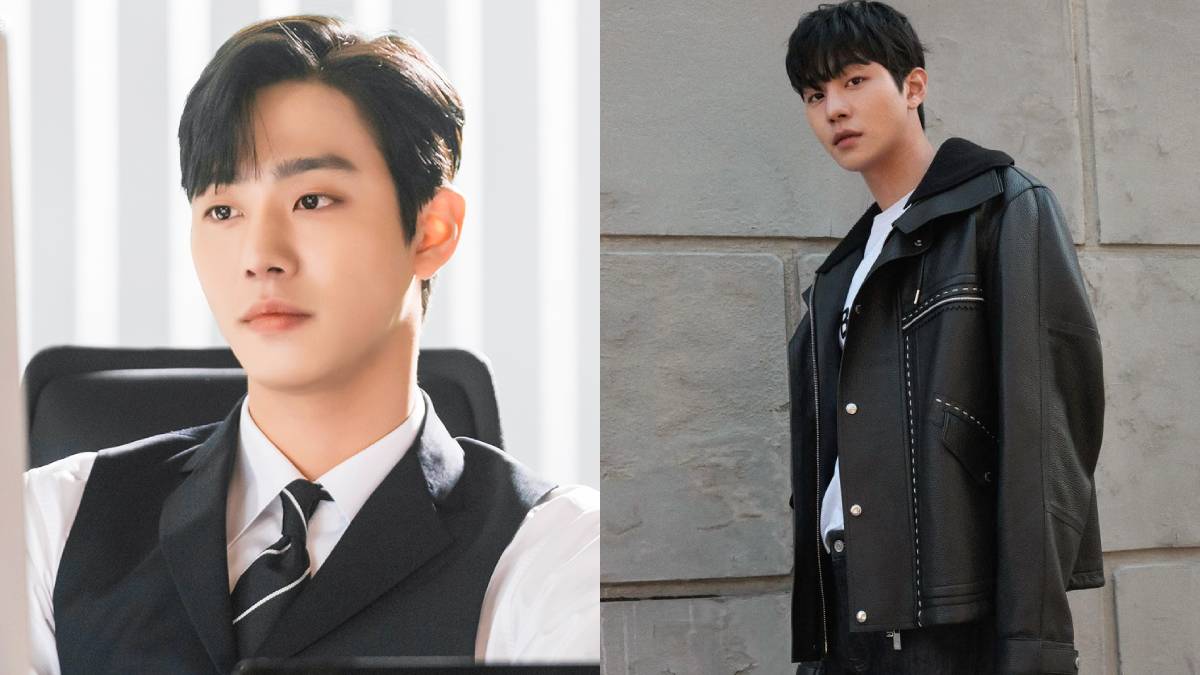 There are a few actors who have made as big of a splash on the scene as Ahn Hyo Seop has. Having started in music, he transitioned flawlessly into TV and, within just a few years, managed to cement himself as a serious actor by landing successful drama roles (such as those in Still 17 and Dr. Romantic 2) and tons of awards. Of course, this is only the beginning for Hyo Seop, and we’re excited to see what this multihyphenate has instore for us in the future.

When Hyo Seop was seven years old, his parents moved their family to Toronto, Canada. Although very little is known about his personal life, it is reported that he grew up with both parents and two siblings. His Canadian childhood explains his fluency in English, which he has shown off in a couple of dramas such as Abyss (see the clip below)! While in Canada, Hyo Seop adopted the English name “Paul.” He moved back to South Korea when he was 17 while his family stayed in Canada.

Although he’s known for his acting chops, Hyo Seop has roots in music. He took up a number of instruments at a very young age, including the violin which he learned to play when he was in grade school. He even went on to join the orchestra in his high school.

4. He has a degree in International Business

When Hyo Seop moved back to South Korea, he attended Kookmin University, a prestigious university in Seoul. There, he graduated with a degree in International Business.

5. He was supposed to be a member of K-pop group GOT7

In an interview for the KBS talk show Happy Together, Hyo Seop talked about his time at the famed Korean agency JYP Entertainment, and how he’d actually trained to be a member of the popular K-pop group GOT7. He recalled being discovered by the agency, who somehow found out about him when he was just a student in university. While he almost debuted with the group, the plan fell through with one of the main reasons being his height (you heard that right). Unfortunately, Hyo Seop (who stands at a commanding 6’2") was just too tall for the group. He admitted that he “really resented” his height back then, and wanted to become shorter.

Luckily, the experience still proved to be a positive one since he was able to make and maintain really good friendships (some might even call it bromances) with a lot of the boys, especially Jackson Wang. Which brings us to our next fun fact…

6. Jackson Wang is his close friend

Hyo Seop is best friends with famed rapper Jackson Wang. Aside from their time training under JYP, the pair found common ground in speaking English, as Jackson is actually Hong Kong-born and a polyglot whose career has brought him around many countries. Jackson was once reported to even call Hyo Seop his “vitamin” who lifts him up during hard times. The pair appeared on a funny little series called Celebrity Bromance.

7. He debuted his singing and acting career in the same year

Hyo Seop ended up debuting his music career with a four-member group called One O One in 2015. After releasing a few tracks, though, they’ve since remained inactive. But all remained well for Hyo Seop, because in the same year, he appeared in his first drama called Splash Splash Love where he played a small role. He went on to do more supporting roles in dramas such as One More Happy Ending, Happy Home, and Entertainer. He was also part of Always Cantare, a variety show that kept him close to his musical roots.

Hyo Seop’s first-ever lead role was for the TV show Queen of the Ring, where he played a character named Park Se-gun. It was a fantasy-romance drama that also starred actress Kim Seul Gi (who played Mo Nan-hee) in the short six-episode series.

He then went on to star in My Father Is Strange as one of the nine main cast members in the family-centric drama. Here, he portrayed Park Chul-soo, a riches-to-rags soccer player and coach. The series was a huge hit and was even extended (by two episodes) to the delight of their eager fans.

In 2018, Hyo Seop snagged another main role in a romantic comedy entitled Still 17 (also known as Thirty But Seventeen). He played Yoo Chan, the main lead’s nephew and a rowing captain, which required him to train with a rowing association to get in shape. The series did great and Hyo Seop was nominated for two categories at the SBS Drama Awards for his performance. In the end, he brought home the Best New Actor award.

What further boosted Hyo Seop’s acting career was his role in the second season of Dr. Romantic. The first installment was a hit with the public, so naturally, viewers anticipated the release of season two. One of the lead characters, Hyo Seop played Seo Woo-jin, a general surgeon under his second year of fellowship. Hyo Seop was lauded for his performance that led him to being nominated for, and winning, multiple awards, some of which include the 2020 Baeksang Arts Awards’ Best New TV Actor, and the 2020 Asia Artist Awards’ Best Actor.

One of the first things you’ll notice after a scroll through Hyo Seop’s 3.5-million-strong Instagram page is that he is a full-fledged cat lover. His account has no shortage of snaps of his adorable cat, Paul, whether he’s hanging around in the house or cuddling with his owner.

5 Fun Activities You Can Try For Your Next Barkada Date