JUST IN: Jinkee Pacquiao Is One Glamorous Ninang at a Wedding Wearing Accessories Worth at Least P10 Million|Read more »
Culture | By Marj Ramos - Apr 18, 2017 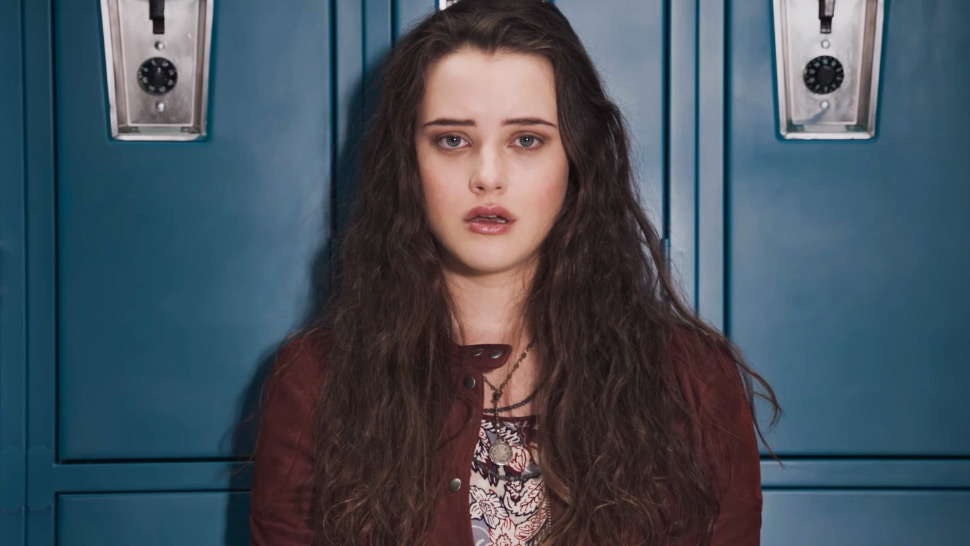 If you haven’t yet binge-watched 13 Reasons Why during the long break, then I suggest you do so, stat. Netflix’s most popular show to date (yup, you read that right!) tells the story of a teenage girl named Hannah Baker (Katherine Langford), who, after committing a gruesome suicide, has apparently left a set of tapes detailing the reasons as to what made her want to kill herself. And with everyone already talking about it on social media, you’re probably already convinced that this brand new series is worth your time—but just in case you need more reasons to “Netflix & chill” tonight, below, we list down eight (warning, though: minor spoilers included):

In case you didn’t know, the 24-year-old music superstar is a key driving force behind the show. Apart from being one of the executive producers, she also recorded two songs for its official soundtrack: a cover of Yazoo's 1982 track Only You and an acoustic version of her original song Kill Em With Kindness. Actor Dylan Minnette, who plays Clay Jensen in the series, also has this to say about Selena: "She stayed with us the whole day on set and talked to everyone. She took us out to dinner and saw a movie with us, and we hung out with her. I don't think I can emphasize how generous she is and how genuinely she cares."

2. You can already binge-watch the whole thing right now.

Don’t you just love Netflix Originals? You can already watch the entire first season of 13 Reasons Why, now streaming exclusively on Netflix—and we mean all 13 episodes! Finish everything in one sitting if you dare. No cliffhangers whatsoever.

3. The story has been given a “millennial” update.

13 Reasons Why is based on Jay Asher’s young adult novel that was published in 2007, which was, well, a decade ago. That should explain why Hannah left her messages via cassette tapes instead of simply recording them as voice memos. But while managing to stay true to its original plot, the show keeps up with its millennial audience by giving it some much-needed tweaks to make room for modern technology a.k.a. social media and various messaging apps. Good call!

4. It sets the record straight about rape.

Courtney is probably one of the worst characters in the show. She organizes school dances and acts like Mother Theresa in front of her classmates to fish for their votes in the Student Council; but in truth, she’s a coward, self-serving hypocrite who tries to justify and trivialize rape. Because just to be clear, rape is never okay—regardless if you’re too drunk to say no or if you’re dressed like “you wanted it,” rape is rape. And as if the world needs more convincing, 13 Reasons Why points out how rapists, their equally amoral apologists, and the many twisted debates surrounding it can ruin a person’s life.

5. It’s a reminder to always be kind to other people.

I know, right? Why do we need a TV show to tell us to be kind to others? Shouldn’t that be, like, common sense? Well apparently, it’s not—and 13 Reasons Why is the wake-up call that some of us so desperately needs. The story touches on bullying and slut-shaming with an underlying purpose to remind us of the importance of treating others the way we want to be treated and of taking responsibility for our own actions.

6. It opens an important discussion on suicide and what we can all do about it.

According to American Psychological Association, teen suicide is “the third-leading cause of death [in the U.S.] for young people ages 15 to 24, surpassed only by homicide and accidents.” Some netizens feel that the show “glorifies suicide,” but I beg to disagree. If anything, it proves that nothing good ever comes after it, and contributing to people’s awareness about how serious depression and mental illness can get is an important stepping stone toward diminishing suicide cases globally.

7. It will tug at your heartstrings.

Issues like bullying and slut-shaming are still very much present in the kind of society we live in today. The truth is, we never really leave high school. And at some point in our lives, we’ve all been in the shoes of Hannah Baker; we’ve experienced feeling alone, belittled, and ganged up on. That said, everyone, including the class nerd or the university jock, will find the show relatable…because, in the end, “could a person be that sick?”

8. As mentioned, it’s Netflix’s most popular show to date.

Now that’s saying a lot! During its first week of streaming, 13 Reasons Why broke records as the most tweeted-about Netflix show. So far, it’s also the most-tweeted TV series of the year, according to Twitter. Now whether they love or hate it is an entirely different matter, but the fact remains the same: almost everyone you know is already talking about it. Don’t you want to share your two cents on it, too?