10 Things to Know About Hallyu Actor Yoo Ah In

He's got quite the repertoire. 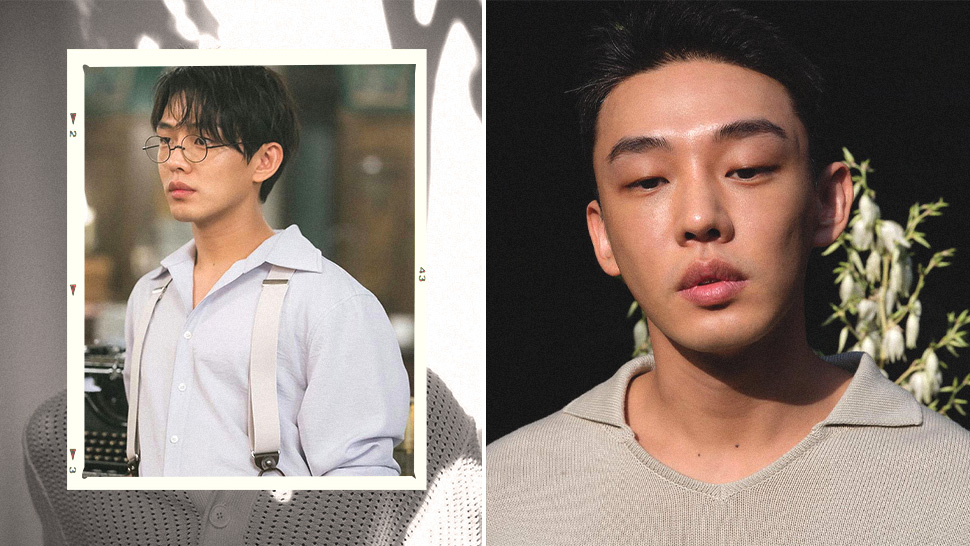 A seasoned actor and multi-hyphenate, Hallyu star Yoo Ah In has long established his indispensable worth in South Korea. With the success of his zombie apocalypse film #Alive and the record-breaking numbers accumulated by his Netflix series Hellbound, it won’t be long until the Chicago Typewriter star finds his way into the hearts of more and more K-culture enthusiasts, not just in Korea and the Philippines, but across the globe.

To give you more reasons to love the actor, we list down 10 facts about Yoo Ah In below:

Ah In’s real name is Uhm Hong Sik. In an interview with Elle Men Hong Kong, he revealed that the stage name he chose is derived from the German word ein meaning “one”.

2. He was born in Deagu, South Korea and is the youngest of three children after his two older sisters.

3. He dropped out of high school

During a press con in 2011, Ah In revealed that he chose not to finish his studies in favor of starting his acting career at an early age. “I think of it as lucky that I had the will to quit school early. I had the courage to try planning another life and just recklessly threw myself into it. Because I did that, I was able to turn every moment that I’ve come up against in my life into an opportunity for my personal education,” he said.

4. He started off as an idol trainee

When asked why he pursued acting, Ah In revealed in a radio interview that he actually trained to be a K-pop idol first after being casted on the streets in front of his high school.

5. He was a global model for Diesel

Two years ago, Ah In made history as the first Asian actor to become a global model for Italian fashion brand Diesel. He even starred in a campaign video alongside other international big names like Nicki Minaj, Gucci Mane, and Bella Thorne.

Ah In honed his passion for writing from an early age, often penning poems and diary entries in his spare time. He’s contributed to several magazines such as Arena Homme, Bazaar, Elle, and Dazed & Confused, among others, alongside being the Editor-in-Chief for Tom Paper, a fashion magazine established by Tom Greyhound.

7. He’s a big supporter of the arts in Korea

More than just acting, writing, and modeling, Ah In also happens to be a gallery director. In fact, he’s the curator and creative director of Studio Concrete, a cultural complex in Seoul that seeks to showcase the works of emerging local artists, designers, and photographers. Honestly, is there anything he can’t do?

8. He has full control over his own style

Known as a fashion trendsetter in Korea, Ah In chooses to dress himself up rather than hire stylists. “Fashion is an attitude. It is necessary to have your own sense and pleasure in fashion,” he said in a 2015 interview. “When you express your own pleasure and personality, when you are brave enough to enjoy fashion and sometimes you use fashion as a language strongly, it becomes your true fashion.”

Ah In is well-known for taking on complex roles in emotional dramas. "His roles have been unusually deep and emotionally serious for a young actor," writes SCMP."Ranging from a rebellious high school student in Punch (2011) and an insane crown prince in the historical film The Throne (2015) to a sensitive young man in the psychological thriller Burning (2018), a critics' prizewinner at Cannes." His most recent successful drama, Chicago Typewriter, saw him as Han Se Joo, a respected but distraught author whose story is told from his past life in the 1930s, to his present life in the 21st century.

Two years ago the New York Times included Ah In in their Best Actors of 2018 list, making him the first Korean actor to make it alongside other Holywood names such as Julia Roberts, Ethan Hawke and Glenn Close. Ah In received the honor for his performance in the 2018 psychological drama Burning.

This Ice Cream-filled Matcha Taiyaki Is The Treat You Deserve