You have to see their before-and-after photos! 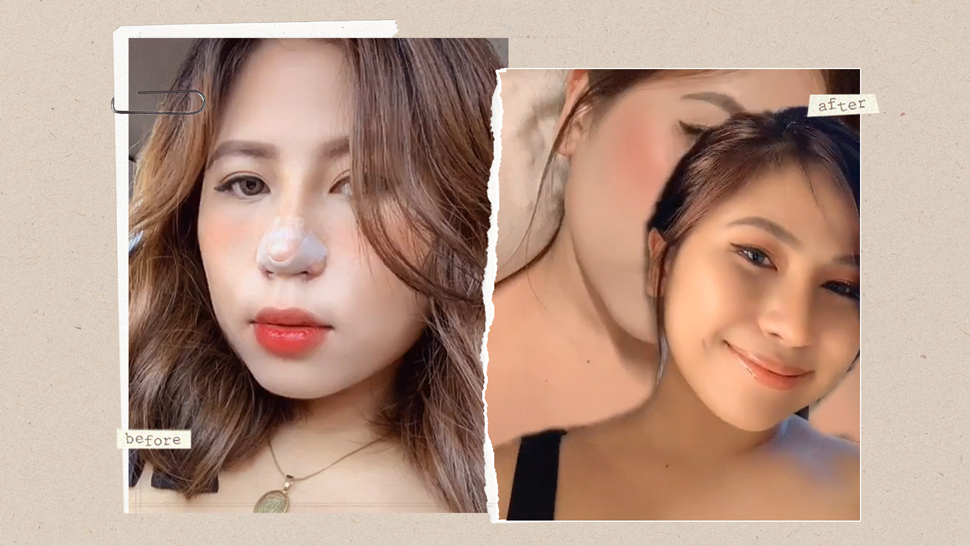 Celebrities aren't the only ones who are openly admitting to their cosmetic procedures. More and more people online are confessing to going under the knife, and their results are definitely worth flaunting!

This trend first began on Tiktok, where users made videos they call a "Nose Job Check." In these videos, people would either show before-and-after shots of their rhinoplasty or create a montage of their side profiles pre- and post-surgery. Filipino users on the app have since posted their own entries for this tag, and we've rounded up some of our favorites below!

Eya Avilla jumped on the nose job check trend a month after her rhinoplasty. To show her progress, she shared photos dating from her childhood up to recent photos, highlighting the dramatic difference that her surgery made. It's impressive, that's for sure!

Student and Tiktok user Kyra Valentin proudly admitted that she had her nose done in 2016. Her before-and-after photos speak for themselves, and as Kyra wrote on her video, she's happy with the results and she knows it!

Content creator Teree Castillon isn't just a pro at makeup transformations. He uploaded his rhinoplasty makeover on his account, too, revealing his results two weeks after the operation. After his video got attention, he went on to answer more nose job FAQs on his account!

17-year-old Chantelle Rodriguez also documented her journey from pre-op to post-op. That said, what sets her story apart is that her surgery was actually a gift from her mom!

The two even made a Tiktok post together, where Chantelle's mom revealed why she allowed her daughter to get the procedure at such a young age. "Para sa aming magulang gusto naming lalong ma-boost ang kanyang confidence [sa kanyang] pagdadalaga," she explains. It's also apparently part of the preparations for Chantelle's 18th birthday!

Krista or user @ianaeener on Tiktok is incredibly open about her rhinoplasty journey online. She has uploaded a series of before and after reels of her procedure and openly answers questions about it on her account, which includes how much she spent, where she had it done, and how your nose really feels after the surgery. Because of her fantastic results, her choice of clinic, Belo Medical Group, reposted the video on their official Instagram!

Whose results wowed you the most? Sound off in the comments below!

5 Affordable Hair Dyes From Local Brands You Can Try

5 Eye Creams That Celebrities In Their 30s Love Using