"I hope that today and every day we can be the type of people that lifts each other's spirits, whether you're less than a size 0 or over a size 12." 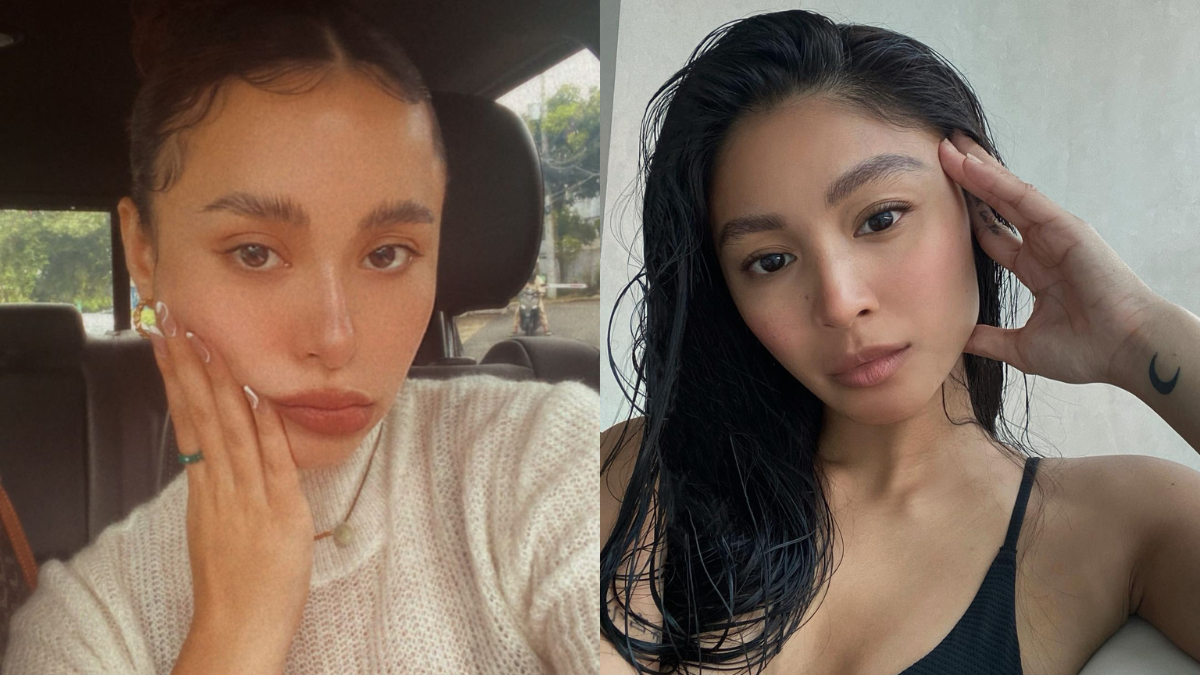 IMAGE Instagram/yassipressman, nadine
"I hope that today and every day we can be the type of people that lifts each other's spirits, whether you're less than a size 0 or over a size 12."
Shares
Share
Tweet

We've all been there: Attending a family gathering and getting unsolicited comments from relatives about your weight gain. "Tumaba ka na" comments can really pierce your self-esteem, and it's often difficult to find a polite way to detract them. In case anyone needed a reminder, putting on a couple of extra pounds isn't a crime, especially during these stressful times.

With the spotlight perpetually on them, celebrities are also subjected to these types of remarks, but on an exponentially larger scale. In an industry that expects them to always be of a certain image, some have spoken up about how gaining weight shouldn't be such an issue. It's their body, their rules, after all. Ahead, read up on some stars who've chosen to embrace their weight gain, assuring onlookers that they're doing just fine in their own bodies.

Here Are 6 Celebrities Who Embraced Their Weight Gain

Tabloids can be quit crude with their words. Yassi Pressman was once the target of one such website, with a headline that read, "Yassi lumobo tiyan, lumapad balakang."  The actress' response came by way of an amusing dance video to Beyonce's tune Cozy, which is about being comfortable in one's own skin.

In the accompanying caption, she wrote, "I'm comfortable in my skin, I'm cozy with who I am." She added: "Here's a vid of me in the middle of a workout when I saw this—with no makeup and my messy hair, 'cause IDC gurl, just do you, booboo. Don't let anyone tell you otherwise."

There comes a time when it gets difficult to slip into our old jeans, and this holds true even for the likes of Nadine Lustre. Earlier this year she expressed in a tweet, "I used to have oversized jeans, now they’re all fitted." Instead of loathing about her bottoms not fitting her the same way anymore, she embraced sizing up, continuing, "I need a new set of jeans cuz I’m keeping this bod."

When it comes to embracing her body, Angel Locsin never hesitates to speak her mind. During an interview with Ogie Diaz, she was asked about her thoughts on negative comments about her figure. Angel said: "I'm acknowledging [na], yes, malaki ako. E, ano naman ngayon? Bakit, may kawalan ba?"

In 2018, Dominique Cojuanco appeared in a Preview video where she had to munch on food without ruining her makeup. The challenge was merely for our and the socialite's amusement, but negativity flooded the comments section with many chastising her for her size. This was all nothing to Dominique, who knew the blatant body-shaming shouldn't go by unnoticed.

She wrote in a social media post: "I head over to the video to find comments like 'chubby' and 'diet lang.' For a second, I thought that it was fine... However, it isn't alright and it really isn't about me. None of us should tolerate body shaming or shaming of any sort! Let's not deem this as 'normal'—there's space for change. I hope that today and every day we can be the type of people that lifts each other's spirits, whether you're less than a size 0 or over a size 12." Hear, hear, Dominique!

Moira Dela Torre has had quite the challenging 2022, but amidst adversary, the singer still rises above and makes sure to stand her ground. So when a Facebook user called her out on her body, Moira made sure to put them in their place.

"Konting push na lang. Yan na ba talaga katawan mo ngayon? Not to offend ha, Ms. Moira. Para aware ka na, you know mga lalaki, katawan din tinitingnan," the comment read, stating that the 29-year-old needed to trim her figure for a suitor to like her. She gracefully clapped back, saying: "Thank you po, but not to offend din po, pero kung magpapapayat man ako, gagawin ko po para sa sarili ko, and not just so I could keep a guy."

Moira continued, "At the end of the day, every person deserves someone who can love them and be faithful to them in all of their phases, in every season—sickly, healthy, thin or fat. I hope you’re eating well and that whoever you’re with knows your value and your worth whatever size you are."

Kris Bernal is no stranger to comments saying that she's "too thin." The actress has always defended her figure by assuring that she eats properly and that she keeps herself by frequenting the gym.

But since marrying her hubby Perry Choi, Kris has been enjoying her meals a bit more. In an Instagram video indulging on dishes prepared by Perry, she captioned: "From 95 pounds to 107. From a 22-inch waistline to 25. From XS to S. From working out every other day to 1-2x a week. From a cup of quinoa to cups of rice."

"My husband loves cooking, eating, and experimenting with various cuisinesc, and I am the guinea pig who gets to taste them all. No complaints though, people seem to like me more now that I've put on a little weight." You look great no matter what, Kris!

These Dirty Blonde Hair Color Ideas Are Both Subtle And Stunning