Ram Silva is behind all of Rabiya's memorable Miss Universe looks. 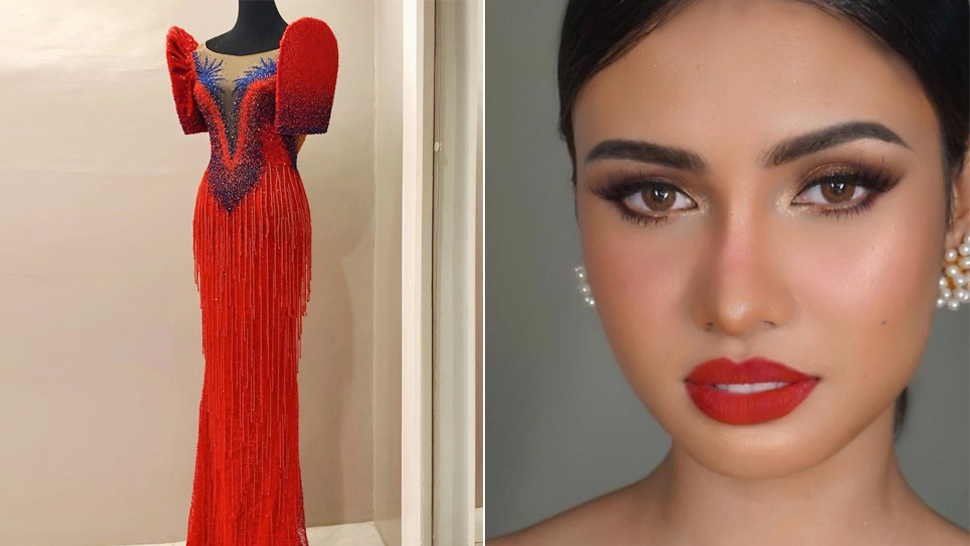 It was the most beautiful day in the Philippines when Rabiya Mateo from Iloilo City won the Miss Universe Philippines 2020 title. Ram Silva, her go-to Ilonggo designer, would attest to that as they started working together on the road to the most-coveted crown in Philippine pageantry. Will Ram Silva’s gowns pave the way for another Miss Universe? We can only wait and see.

The Ilonggo designer is no stranger to the world of pageants, having worked with queens like Catriona Gray, Gazini Ganados, Miss Earth Angelia Ong, and Miss Universe Philippines 2020 candidates like 4th runner up Billie Hakenson, Miss Sorsogon Maria Isabela Galeria and Miss Iloilo Kim Crizaldo. The young designer has also been making waves in the showbiz industry and has dressed celebrities like Toni Gonzaga, Liza Soberano, Maja Salvador, Jasmine Curtis, and Julia Barretto to name a few.

Ram actually started dressing up Rabiya during her application process for Miss Universe Philippines. Since then, the two have developed quite a relationship and he has successfully made the beauty queen look her best on several occasions since being crowned. “Rabiya is determined. She’s in it to win it. I think for me a phenomenal woman is someone who works hard, someone who is passionate and someone who never gives up on her goals”, Ram tells Preview.

Here we round up 5 stunning looks Ram Silva has created for our Miss Universe hopeful Rabiya Mateo.

Rabiya submitted her application for the pageant wearing a Ram Silva royal blue jumpsuit whose strap draped beautifully on one shoulder.

According to Ram, it all started with this gorgeous royal blue jumpsuit.  Rabiya’s stars seem to have aligned because of this jumpsuit because it was also worn by Catriona Gray in one of her rehearsals for the Miss Universe 2018 competition in Thailand. Could this have been a sign?

At the final screening of candidates, Rabiya wore an elegant one-shoulder fuchsia terno with a beautiful oversized ruffle.

Ram is known for pieces that mix modern glam with a bit of drama. We love how the oversized cascading ruffle accentuated Rabiya’s curves.

This lime and purple ensemble created a perfect pop of color on Rabiya during the presentation of candidates.

Ram Silva also dressed Rabiya for the official presentation of Miss Universe Philippines candidates. “This was the most challenging piece to make because we did it only in two hours”, Ram explains. Her outfit from this event definitely stood out because of the eye-catching color combination and the silhouette of her modern terno top.

This tailored white barong suit for the preliminary interview was definitely a crowd favorite!

The inspiration behind this look? The designer tells Preview that some parts of this outfit were made of hablon and piña. “I would want something that represents Iloilo or the Philippines”, Ram shares. Hablon is created through an Ilonggo textile technique called habol  that entails weaving fabric out of abaca and pineapple.

“I’m hoping that they will also give Iloilo designers the chance to showcase our artistry through our designs. This is also a great way to help promote our very own hablon,” the designer expresses. This was also worn by Catriona Gray during one of her video campaign shoots.

For her homecoming parade, Rabiya wore a hand-beaded gown that was inspired by the Philippine flag

This red gown was definitely a showstopper.  From the construction of the whole gown to the intricate sun ray beading at the back, Ram outdid himself with the design. “I love my Philippine flag-inspired gown during her homecoming parade. Despite the time and budget constraints we were able to deliver it on time”, Ram shares.