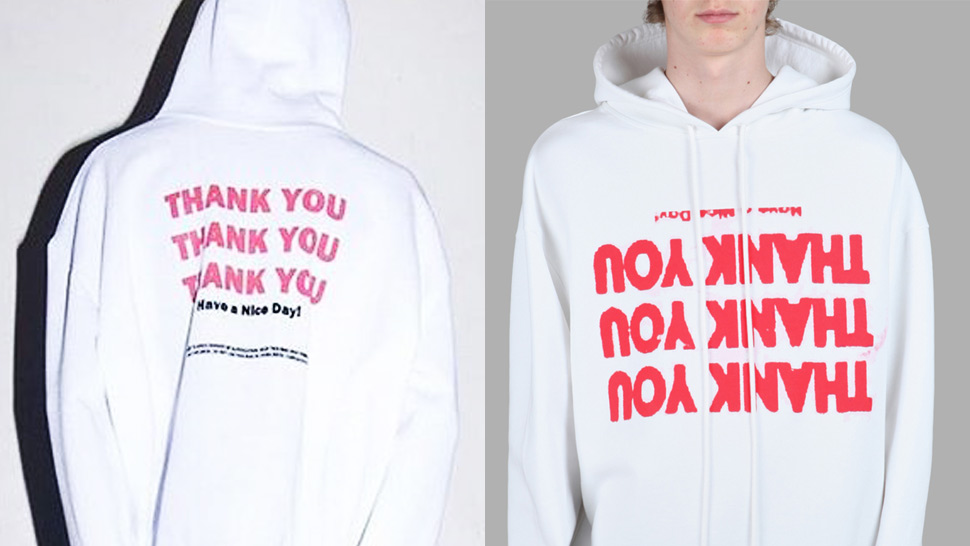 It does not happen every day that a local brand finds it work replicated almost exactly by a bigger designer one year later. Such is the case with Manila label Proudrace when they saw recent Calvin Klein appointee Raf Simons’ eponymous Fall/Winter 2017 collection available for online pre-selling over the weekend. 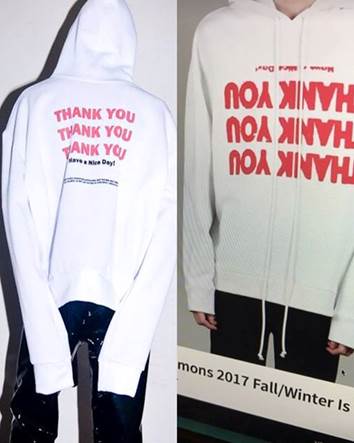 The Thank You print was part of Proudrace’s Unisex 02 line released in-mid 2016. Design duo Rik Rasos and Pat Bondoc pegged supersized outerwear and ukay finds when they put the collection together. Raf Simons’ Thank You print, on the other hand, was part of a typography-heavy collection that was inspired by the designer’s move to New York as head designer for Calvin Klein. He presented the collection during the Fall/Winter shows in February—the aforementioned print hidden from plain sight, layered under black outerwear. It was only when pre-selling was announced that the print was made visible front and center on the internet. 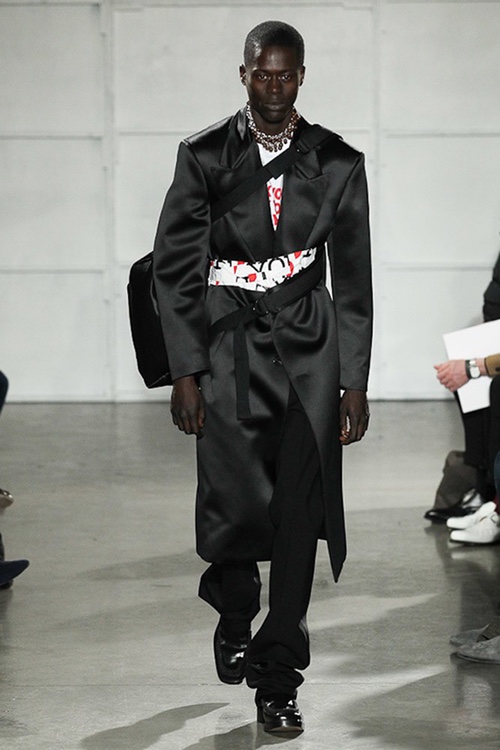 The surprise is in the center

“It’s a common print pero sobrang wild that he had it in mind, too,” Rik Rasos says in his trademark sheepish voice. “It feels good, though, that someone you idolize thinks in the same wavelength.”

Rik reveals that they were particularly inspired by the graphic in a generic iteration of a supermarket shopping bag—“Thank You” written thrice above the greeting “Have a Nice Day.” “It is possible that Raf was also inspired by it,” he adds.

This is not the first time the graphic was seen in the market in recent years—fashion or otherwise. Jeremy Scott offered a more literal yet provocative interpretation of this design in 2011, replacing “Thank” with “F*ck” while t-shirts bearing permutations of the Thank You graphic go for as low as $18.95 on Amazon. L.A.-based contemporary artist Analia Saban literally created art out of grocery bags with customer-service verbiage such as “Thank You, Have a Nice Day” and “Thank You For Shopping With Us” in 2016, reminiscent of the way Andy Warhol made art gallery must-sees out of Campbell’s soup cans and Brillo boxes. 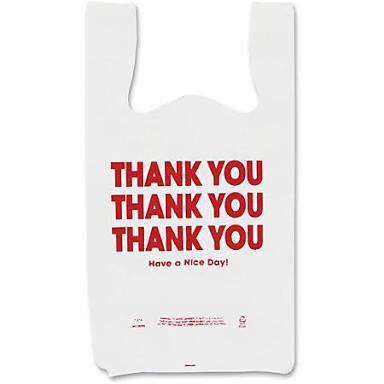 Inspiration is everywhere, as this plastic bag proves.

Proudrace and Raf Simons, designers that pay homage to the mundane, are in very good company. Demna Gvasalia, creative director of Balenciaga and head designer of Vetements, was allegedly inspired by Thai market bags when he released the Bazar and apparently stimulated by Ikea’s Frakta while creating the Arena Extra-Large Shopper for Balenciaga. The high-low strategy has possibly fulfilled the French luxury brand’s PR exposure requirements a hundredfold—with people from all walks giving their two cents on such design congruencies online.

Rik has nothing more to say aside from how flattered he and Pat are by the creative coincidence. “It’s more cute than annoying,” Rik admits.

As of press time, the streetwear label is planning to re-release the same design this year, adding the hashtag #NotRafSimons.