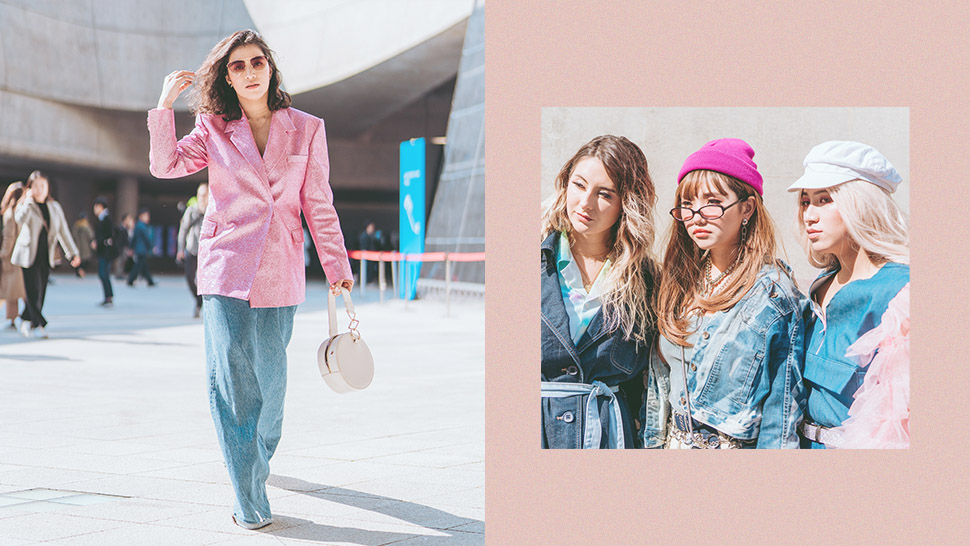 For every fashion gal, attending fashion week is the ultimate dream. Imagine: You’re surrounded by beautiful clothes from highly-acclaimed designers, and you might even get the chance to meet your style idols or come across your favorite celebrities.

Gaining access is pretty complicated, though, much less access to international fashion weeks. Well, one Filipina blogger was able to experience all that—and in Korea nonetheless! Maria Theresa So, fondly known as Therese, is a 22-year-old vlogger who hails from Pampanga. She attended Seoul Fashion Week, not once but twice in the span of one year!

We were able to catch up with her to find out how exactly she pulled this off:

Therese’s entry into the Korean fashion scene was a chance happening. When she first visited the land of K-drama and K-pop back in 2018, she fell in love with their culture and ended up returning a couple more times to learn more about the country. While she was vlogging during one of these visits, a talent scout approached her and asked if she would be interested in vlogging her experience of the K-drama tour, “MBC World.”

Upon discussing things over coffee, he eventually offered her a spot in one of Korea’s radio stations! Therese, who was still in the middle of her pre-medicine undergraduate studies at the University of Santo Tomas at that time, politely declined, but the talent scout kept in touch and offered to help her learn more about Korea through fashion. “Binigyan niya ako ng contact sa mga designers,” ("He put me in contact with designers,") Therese explains. That marked the beginning of her Seoul fashion journey!

On her first day of Seoul Fashion Week for Fall/Winter 2019, Therese was surprised to find so many people around the area, even those who weren't attendees of the show. It was a scene that drew a lot of attention from passersby, and quite naturally—Seoul Fashion Week is attended by many famous style lovers and celebrities alike. As exciting as everything was, Therese’s first day turned out to be very challenging and frustrating, given the language barrier.

Despite the many struggles she experienced, one silver lining was getting to expand her network by meeting influencers from different countries. “Kasi when you get there, you’ll find mga laging mong makakatabi and they’re mostly Americans, and it’s really easy to talk to them. So more into building connections yung first fashion week ko.” (When you get there, you'll find people who are regularly beside you, and they're mostly Americans, and it's really easy to talk to them. So my first fashion week was more about building connections.")

Every culture has their own kind of fashion. If you haven’t visited Korea yet, there are major differences between Filipino street style and Korean street style. First of all, Therese says that Koreans are more experimental. “Diverse siya kasi there are some pieces that they wear that don’t really work pero dahil accepting yung culture nila, depende na lang sa pagdala mo.” ("Style is diverse there. There are some pieces that they wear that don't really work but because the culture is very accepting, it becomes all about how you carry it.") She also says that exposing too much skin is uncommon, but she likes how they adhere to these norms whilst being creative with fashion. Good examples of their taste in fashion would be Therese’s favorite Korean brands, Elnore (her fave F/W 2019 collection) dewe dewe, and Graphiste man.G (her fave during the S/S 2020 shows), that are all characterized by vibrant colors and outrageous silhouettes.

Therese’s first fashion week spanned six days and covered 18 shows. Fashion week attendees typically wear one unique outfit per day. In Therese’s case, she wore two different outfits each day! Therese says that Filipino vloggers rarely attend Seoul Fashion Week (she was the only Filipino attendee there), and so she wanted to wave our national flag by donning pieces from local designers. These included ensembles by Pampanga-born designer Philip Torres, and on her second fashion week, pieces from Yves Camingue, Justin Villanueva, and Patrick Lazol, among others.

Her second week was different though. Because she had already expanded her network, she was able to wear clothes given by the designers themselves. Instead of doing all the leg work herself, she had a friend assist her in dressing up between shows to make things easier. “Kumuha na talaga ako ng kasama kasi ang hirap magbihis ng magisa,” she says. ("I brought someone with me because it's really hard to do an outfit change alone.")

Her second fashion week, which took place last October 2019 for S/S 2020, only lasted for a weekend because she had an ongoing internship here in Manila. However, she was able to take home some pieces from the designers (as giveaways!), something that’s apparently common during fashion week.

Aside from the obstacles brought about by her first Seoul Fashion Week experience, one of the most memorable things during her experience was encountering celebrities.

("One time, I got shocked and felt lost, and when I entered the show, so many people were taking my photo. I thought, 'Why were they doing that?' I found out I had come in together with Sehun of EXO. I really didn't know the boy band, so I felt a little lost! Then someone told me, 'Are you crazy? That's Sehun from EXO!' It was a fun experience because I was going in and out of shows with celebrities I didn't know. I also saw Lee Dong Wook from Goblin!"

Therese says that celebs are mostly from boy bands or girl groups.

Tips for Those Who Want to Get into Fashion

Therese’s pre-medicine program in UST is Speech Language Pathology, which deals with the development of human communications and its possible disorders. The unexpected opportunities she had during that fateful trip to Korea opened so many doors to the fashion world, which couldn’t have happened if she wasn’t open to them in the first place.

These Adidas X Girls Are Awesome Sneakers Are So Cute, We Want Them All