But what exactly is a carnival queen? 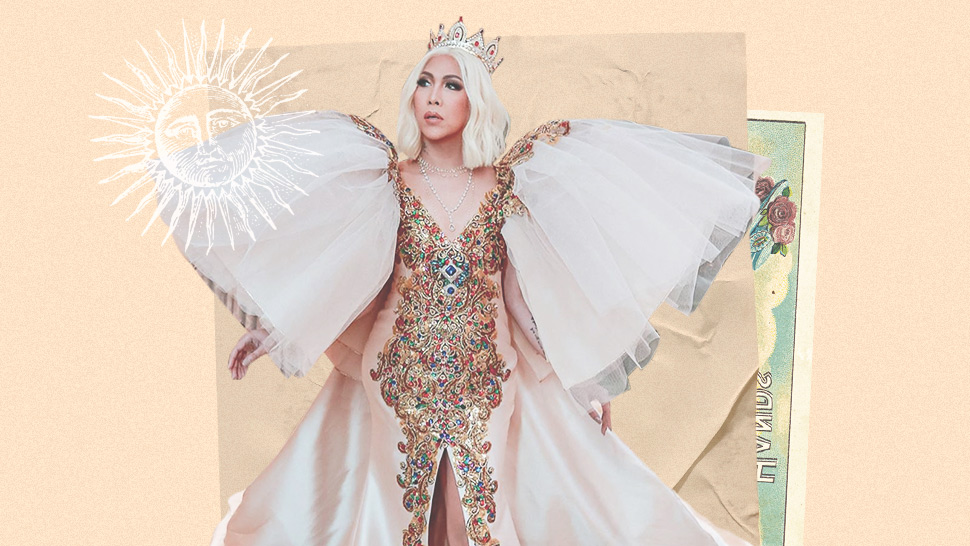 Pia Wurtzbach once said that the Filipinos are big on three Bs: basketball, boxing, and beauty pageants. But what’s even more interesting is that our nation is not only experiencing this pageant fever because of the stellar performances from our beauty queens in the international pageant scene as of late. If you really look into our track record, pageants have long piqued the interest of our people way before the prestigious Miss Universe was introduced to us. In fact, even before our first Filipino Miss Universe Gloria Diaz, there were the Manila Carnival Queens.

First held in 1902, the festive carnival event served as a goodwill between the Philippine-American relationship. The two-week extravaganza would include several events like parades and firework displays, which would culminate in the crowning of the Manila Carnival Queen. This was, no doubt, the highlight of the event. The Manila Carnival was first held in February 1908, and it saw Filipinas from elite families in Manila competing to be hailed as the next queen. The winner was ultimately determined by a ballot count, which the public could have access to voting through the clips found in newspapers. According to troAlex R. Cas, who wrote an article about the Carnival Queens for TownandCountry.ph and maintains a blog that chronicles the history of these celebrated queens, the winner of the pageant would go around the country to reign. "For a full year, the Queen of the Manila Carnival met presidents and foreign dignitaries, was paraded, feted, wined, dined, and honored with songs. Her presence in these affairs always drew adoring crowds who shouted her name as she passed by." The queen would sometimes even take a break from school to fulfill her duties.

The spectacle would eventually trickle down to the provinces beyond the metro as the competition was opened to all regions of the country. Some minor competitions in provinces were even held in its honor to determine which girl they would send to the actual Manila Carnival Queen pageant.

It really did mark the start of beauty pageantry in the country. When they crowned the last carnival queen, the succeeding queens were eventually called Miss Philippines.

Truly one of the most polarizing figures in Philippine show business right now, Vice Ganda has made it a point to use his platform to bring light to issues and advocacies that goes beyond a gray area. The comedian, of course, usually does this by voicing out his opinions, whether on live TV or in his box-office movie hits. But Vice also expresses his two cents through his fashion choices. That’s especially true whenever he steps out on a red carpet, where millions of eyes will be on him. His recent feat: the ABS-CBN Ball 2019.

The "Unkabogable Queen” showed up at the annual charity event looking like a true queen in his own right. The gown that Vice wore, in its grandeur, was not only art just for the sake of art; it had a piece of history woven into its elements. While Vice made his way through the sea of photographers, Boy Abunda, who was on commentary during the live stream broadcast, noted that this was no ordinary Filipiniana dress; it was, according to him, inspired by the original queens of the Manila Carnival. 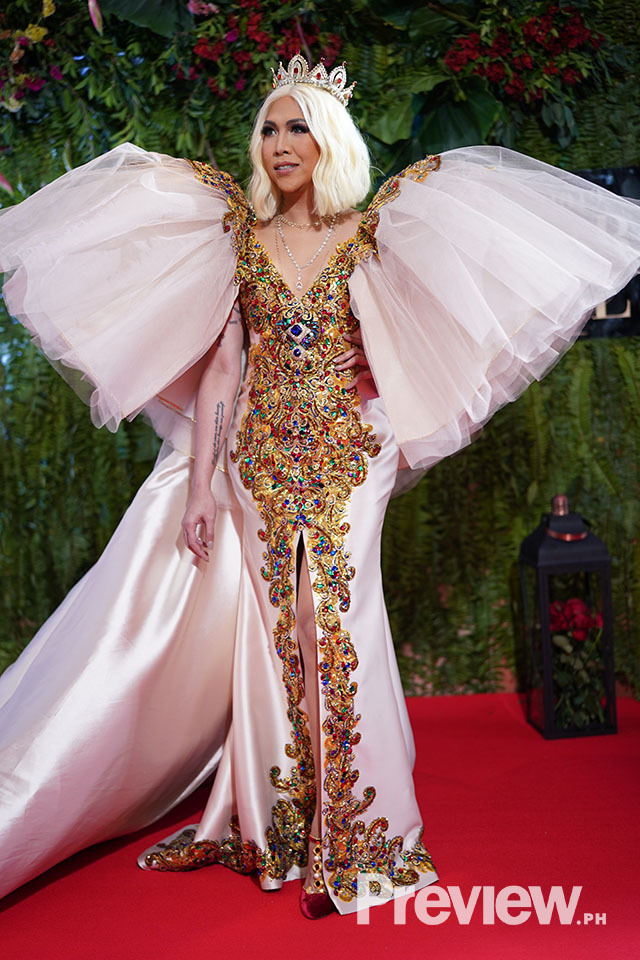 To pull off this ambitious sartorial piece was no easy task. It took the minds of designers Paul Cabral and Neric Beltran, stylist Liz Uy, and Vice himself to make this vision come to life. According to Neric, it was actually Vice who came up with the idea to collaborate and work on something that had meaning behind it. He shares, "Part of the goal was to show that Filipiniana dressing is not only about the garments like the barong, terno, balintawak, and the like. But it can also be about remembering the bygone traditions and giving it a new feel.

Liz also added that the inspiration behind the look totally fit because it was very close to Vice's own aesthetic. She says, "We went for the Manila Carnival Queens of the 1920s-1930s. During the event, the winning Carnival Queen or the 'Queen of the Orient' wore a grandiose terno, embellished bodice, a long embellished train, layered necklaces, and a head piece. Ultimately it was Vice’s personal style we followed, which was grand. He wanted everything bigger, puffier, extra long, full on embellishments. StyLIZed found a head piece by young designer Manny Halasan."

The elaborate design went through a whole process but one major change that they did decide on was the color of the dress. Neric says, "It took almost a month to make it, including editing, alterations. Liz, Paul, Vice, and I first made the garment in royal blue. But after the first fitting, we all agreed [it would look better in] a softer color and chose ecru instead." He further adds, "We also added some gold and bronze appliqué with gem stones to give it a regal feel. We took references from past carnival queen photos and embroidery from works of Guo Pei."

If the Manila Carnival Queen pageant was still happening now, no doubt this would be Vice’s winning look.