JUST IN: Jinkee Pacquiao Is One Glamorous Ninang at a Wedding Wearing Accessories Worth at Least P10 Million|Read more »
Fashion | By Nicole Arcano - Aug 4, 2017

Maja Salvador Stuns in a Black Wedding Dress in "Wildflower" 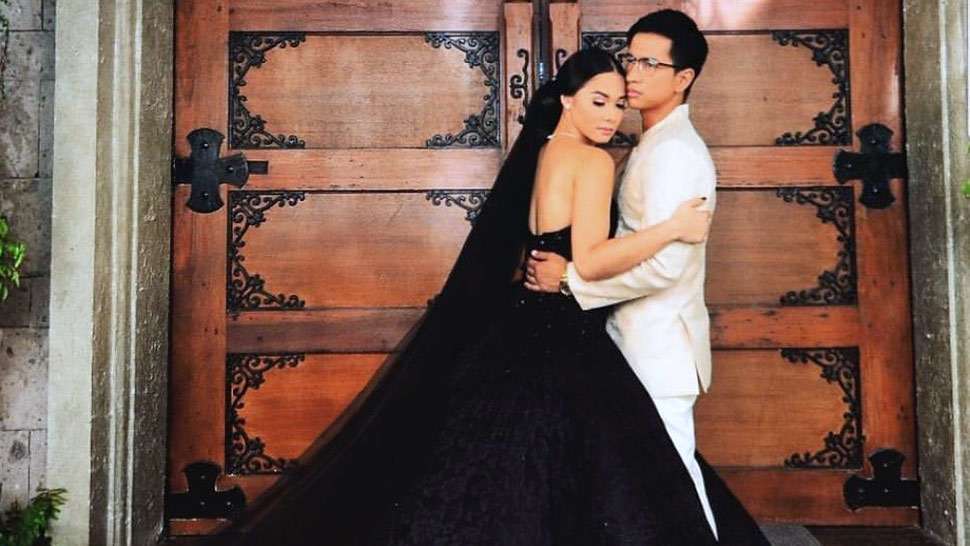 Yesterday, Maja Salvador posted several teasers of the upcoming episode for her ABS-CBN TV drama, Wildflower. The actress shared photos of herself in a black gown, which she wore for her character's wedding with co-actor RK Bagatsing.

In an exclusive interview, Preview talked to Maja's stylist Regi Cruz about the stunning piece that ties the episode together.

The floor-length ball gown, according to the stylist, was created by designer Val Taguba. The bodice and the skirt were made in French lace and encrusted with Swarovski crystals. "[We were] inspired by royal Spanish weddings," says Regi.

When they were conceptualizing the dress, the stylist shares that they indeed had a specific style direction in mind. "[We wanted] the look to speak of grandness, elegance, and wealth," he says. And rightfully so, because Maja's character Ivy Aguas is the definition of opulence.

The final look included a black veil as well, held by a diamond-studded pieneta. Regi also revealed that Maja wore a full nine-carat diamond eternity necklace for the wedding episode. 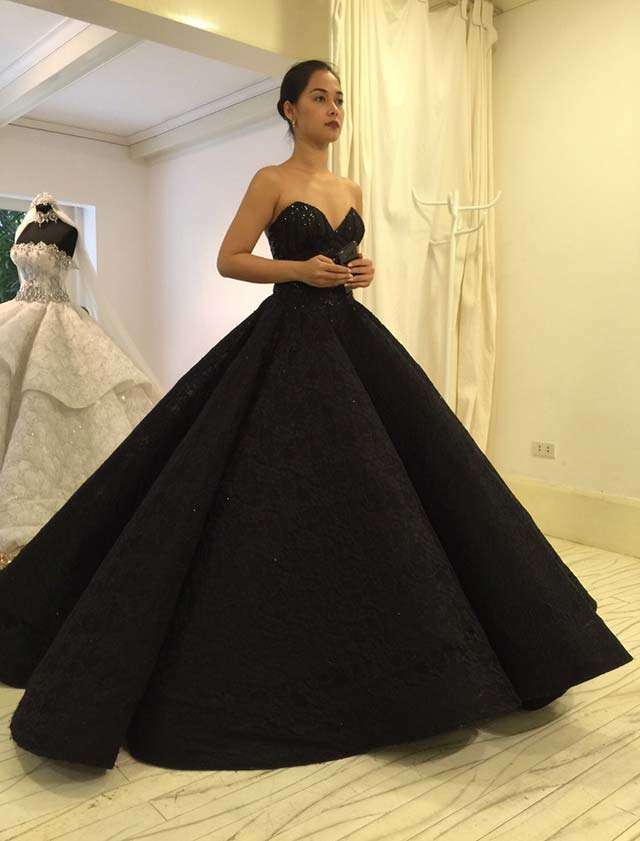 Maja during her fittings with designer Val Taguba

But why a black wedding dress, you ask? Well, if you've tuned in to at least one episode, the answer would be obvious. Maja's character Ivy is a tough soul bent on getting revenge for her parents' untimely death, and is a few steps away from her goal by getting married to the son of her enemy.

"The reason for choosing to wear a black gown, aside from the fact that her character is non-traditional, is that it [serves as a] warning that there would be bigger and more thought-provoking things to come," the stylist reveals. Meaning, this wedding is only the beginning for Maja's character. 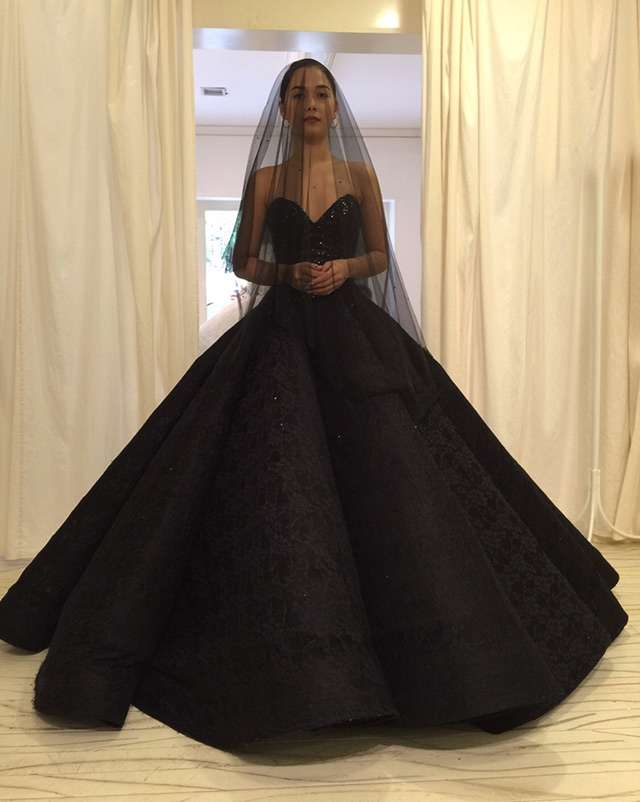 The Wildflower actress fits the matching black veil with her ball gown.

See more photos from the episode below:

Raise your hand if you can't wait to see the dress in action next week!

LOTD: This Wedding Is Proof That Black Bridesmaid Dresses Are Chic

15 Statement Little Black Dresses That Are Anything But Boring

15 Stylish Pieces for the Girl Who Loves Black