JUST IN: Jinkee Pacquiao Is One Glamorous Ninang at a Wedding Wearing Accessories Worth at Least P10 Million|Read more »
Fashion | By Nicole Cruz - Aug 26, 2020 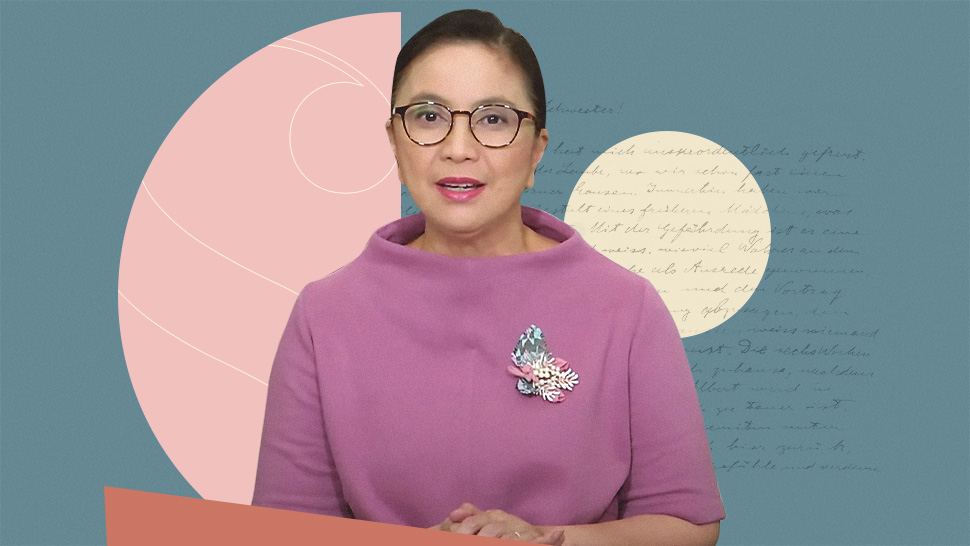 IMAGE YouTube/Leni Robredo
She proudly wore an outfit from this local brand!

Vice President Leni Robredo received a lot of flak for the outfit she debuted in her recent address to the nation, which aired last Monday, August 24. Her choice of outfit consisted of a mauve yoke collar blouse adorned with a single brooch, while her hair was neatly tied into a ponytail. She wore no accessories, save for a pair of glasses.

In the address, VP Leni discussed ways to tackle the COVID-19 pandemic that has more than taken a strain on the country. She covered plans of action that linked healthcare with the economy, saying that these two work hand in hand for the nation’s progress.

The 55-year-old Vice President responded to the criticism relating to her outfit hours ago on Facebook, expressing how she was saddened to hear that netizens have paid attention to her clothes rather than her speech itself. As for her sartorial choices, she also explained how she took the address as an opportunity to support local brands. The mauve blouse she wore was, in fact, from homegrown fashion brand BAYO, which she explains she has been supporting for years even before she became the VP.

She also explains that BAYO is one of the brands she has been working with for the production of PPEs, which her office has been supporting since the beginning of the pandemic.

At the end of her short post, Leni also writes that despite how “funny” it was to have to explain her outfit, she still thinks it as an opportunity to support local brands. “Nakakatawa man ang post na ‘to, pagkakataon pa din kumampanya for us to support local.”

Aside from BAYO, Leni is known to have worked with a slew of brands and local designers for the production of PPEs. One of them was Mich Dulce, who was at the helm of the project, Manila Protective Gear Sewing Club, a team that banded individuals in the fashion industry to help assuage the shortage of PPEs for frontliners.

As mentioned, Leni’s BAYO blouse features a yoke collar or stand collar, which was popular on the runways of Prada in the early 2000s. It’s also a recognizable element of dresses from the 1960s, instantly making the outfit look smarter and more put-together.

The matching pastel brooch is a simple accent, a nod to the long history of brooches as both functional and ornamental pieces of jewelry. Everyone, from celebrities to royals, has frequently looked to brooches for added sophistication. It’s a common adornment that even designers couldn’t help but splash on the Fall 2020 runways with Miu Miu and Chloe leading the pack.

Lastly, the mauve color choice shouldn’t come as a surprise because Leni has dressed in the color twice before—during her recent meeting with the Canadian ambassador, and her national address aired last July.