JUST IN: Jinkee Pacquiao Is One Glamorous Ninang at a Wedding Wearing Accessories Worth at Least P10 Million|Read more »
Fashion | By Mylene Mendoza for Candymag.com - Aug 14, 2020 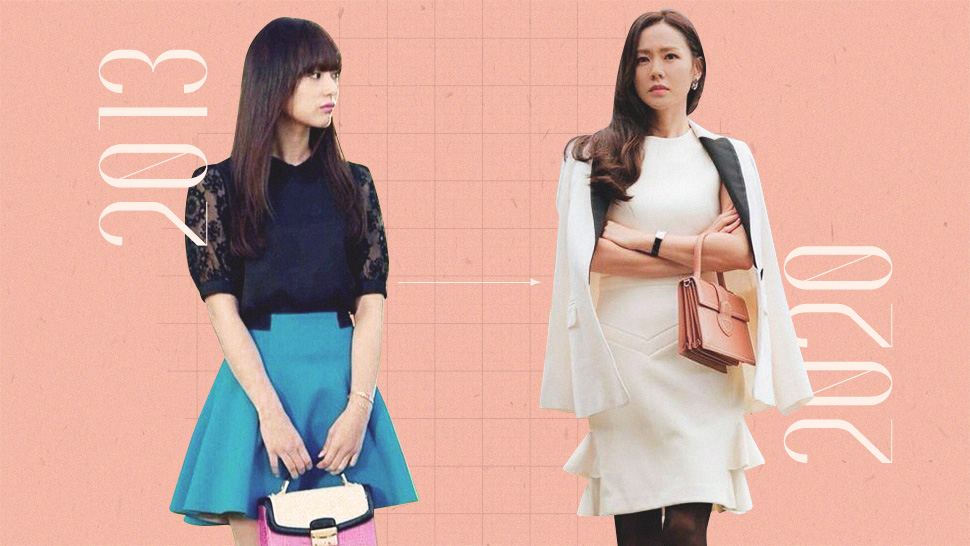 K-dramas aren't only hyped because of their kilig-filled storylines. They're also often used as fashion pegs by their fashion-forward viewers. Throughout the years, some trends have changed in K-drama fashion, and some things still remained. From typical students to crazy rich heiresses, we take a look at the different ways female characters in popular K-dramas dress up throughout the years.

In Weightlifting Fairy Kim Bok Joo, lead star Lee Sung Kyung would often dress like your typical college student—clad in hoodies and baseball cap to be as comfy as you can be. 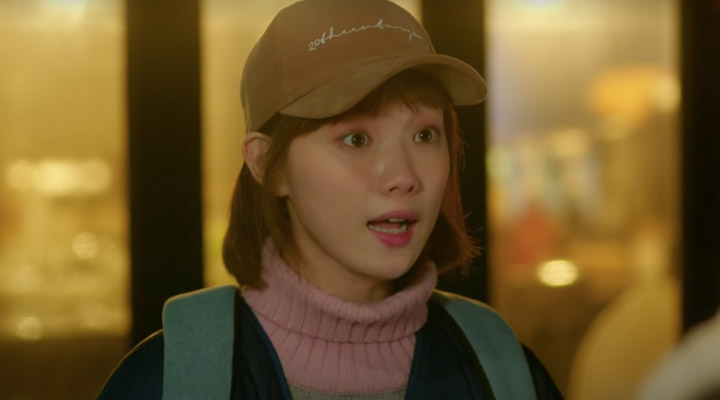 While theyre almost always in school uniforms, the students over in Love Alarm, on the other hand, find themselves wearing something a little bit on the preppy side whenever they get to wear casual clothes. 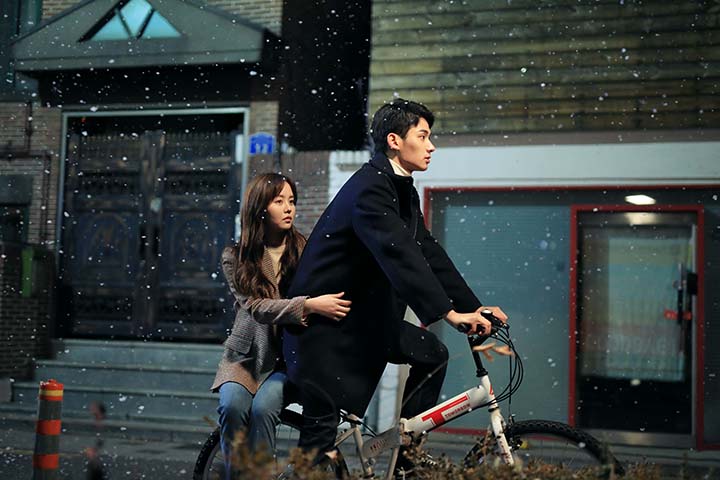 Lead character Kim Hye Jin played by Hwang Jung Eum works for a magazine as an editor, which is why her corporate getup is a bit more relaxed—you'll often find her in cozy sweaters, dainty tops, and denim jeans. 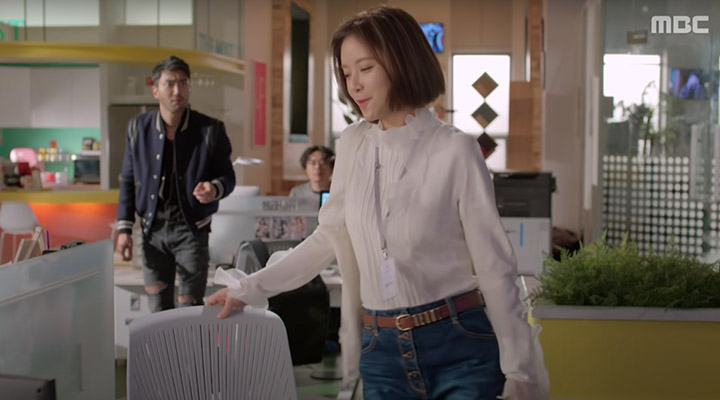 On the other hand, Her Private Life female lead Sung Deok Mi, played by Park Min Young, is a museum curator and will often be seen wearing more structured pieces like pantsuits. 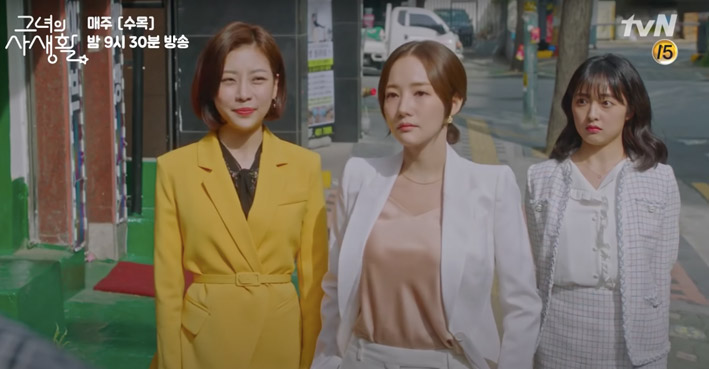 Back then, fancy headbands, ruffles, and platform heels were all the rage for fancy chaebol heiresses, as seen on Kim Ji Won's character Rachel Yoo in The Heirs. 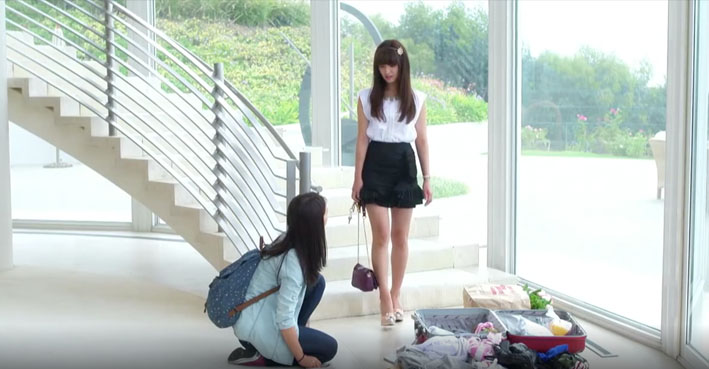 A modern-day heiress would still wear something like what Rachel Yoo has worn, with a contemporary twist, of course. Nowadays, ruffles and other dainty details like it can still be pulled off, especially by someone like Yoon Se Ri from CLOY, famously portrayed by Son Ye Jin. 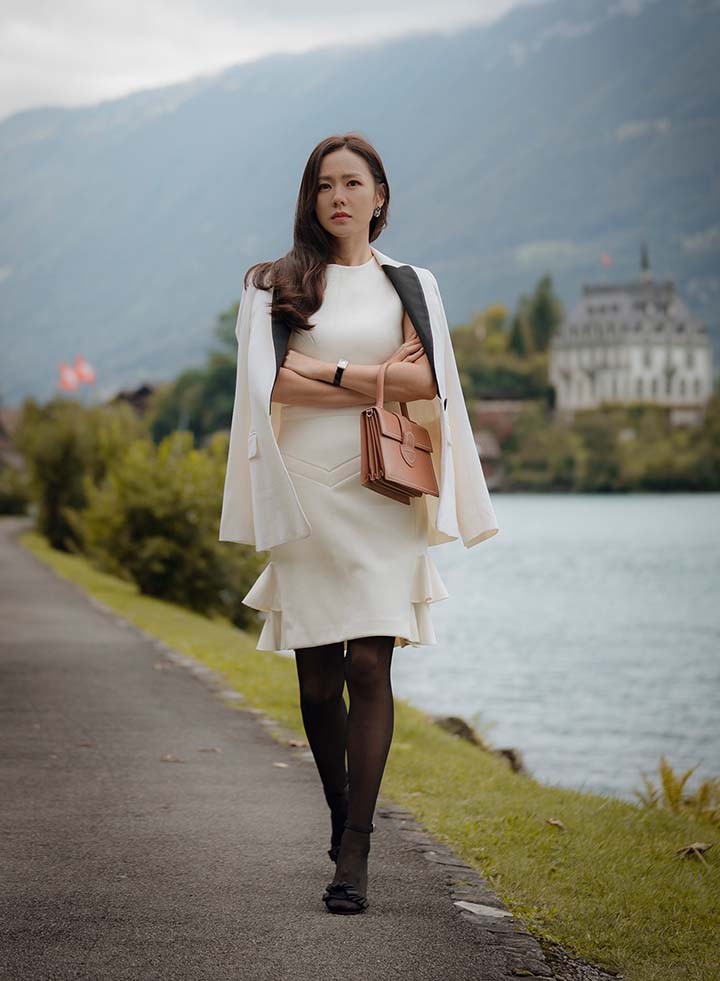