JUST IN: Jinkee Pacquiao Is One Glamorous Ninang at a Wedding Wearing Accessories Worth at Least P10 Million|Read more »
Fashion | By Nicole Arcano - May 23, 2021 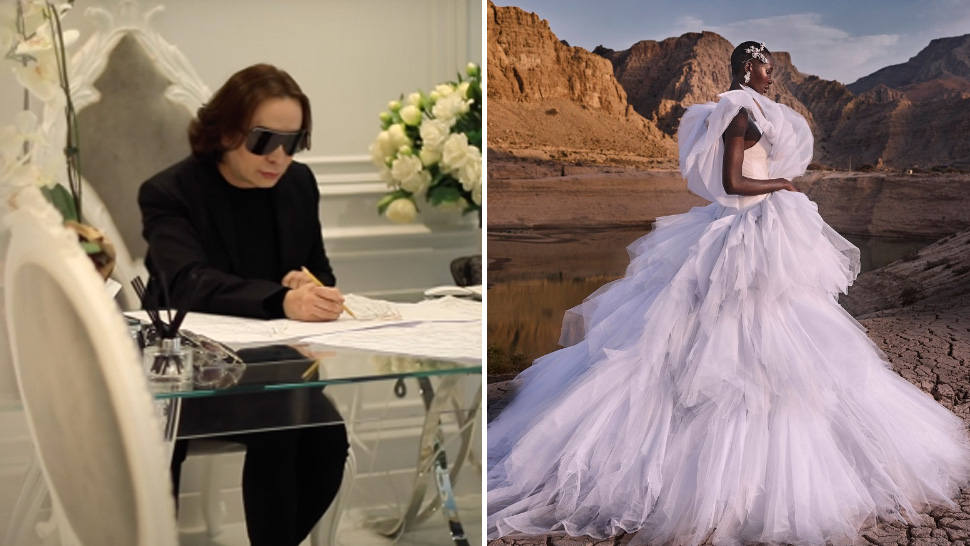 After posting his tell-all about working with the team of Miss Universe Canada 2020 Nova Stevens, Michael Cinco has received an immense amount of support from his fellow Filipino artists and friends.

In the post, Michael stood up against the claims that the beauty queen's publicist MGmode made about his gowns, which include them allegedly arriving late and being ill-fitting. The Dubai-based designer responded by rebutting all their claims and even called out the organization's entire team including Nova for being "ungrateful." He also admitted to feeling "used" by the team in providing gowns for Canada's candidates.

After he published the post, Michael's fellow artists came to his defense. One of these is local designer Jaggy Glarino, who also made a piece for Miss Canada to wear but was not accommodated by her team. Jaggy shut down rumors that Michael "sabotaged" the beauty queen's claim for the crown by detailing his own experience with her team.

In a Facebook post, Jaggy shares that he andd stylists Francis Chee and Vhee Co of Style It PH were approached by Michael himself to create a custom piece for Nova. He shares, "We're all beyond ecstatic to be approached by The Michael Cinco to do this that we were able to accomplish the 'impossible' in two days. I mean, a custom deconstructed suit set matched with a custom pair of size 10 shoes from May Lee and a pair of custom earrings from Eric Manansala, in just two days!" 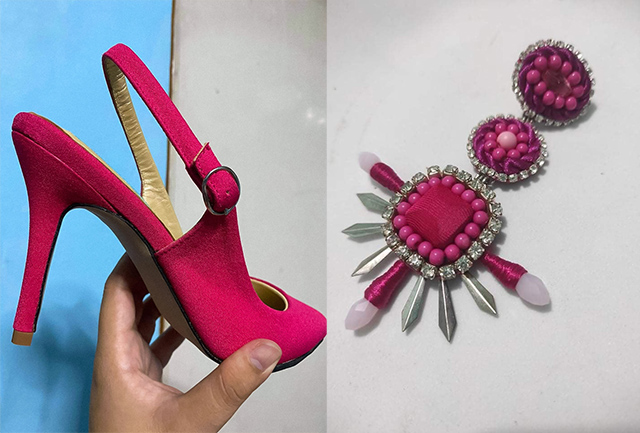 Once the outfit was finished, the team had trouble finding a way to send it to the US. Fortunately, they were able to enlist the help of another local designer Bessie Besana to bring the look to Chicago (where Bessie was heading) and have it sent to Nova's camp through local shipping.

However, Jaggy reveals that he had a diffcult time contacting Nova Stevens' team after the look arrived in the US. "There were days when I honestly felt like I've been ignored. We're caught in a recurring cycle of silence, getting short replies and again a day or two of silence," the designer shares. This was alarming as according to Jaggy, the day for the closed door interview was fast approaching. Still, he kept his calm thanks to Michael's assurance.

He continued, "I was already pissed around this time but M5 has always asked me to be very understanding and pray (am not really good at it) lolz! I've never heard him speak ill of anyone from Nova's team. We tried to be very patient as we also understand that this might be a very stressful time for her team as M5's gowns was still on transit around this time."

Unfortunately, despite Jaggy and his team's efforts, the suit and accessories were not able to make it to Miss Universe Canada's interview. The beauty queen's camp told the designer that they'd be unable to ship it because of scarce funds. "It was a missed opportunity really, a waste of time, money and effort. A lesson learned the hard way," the designer concludes.

By detailing this experience, Jaggy aimed to prove that there was no plan for "sabotaging" Nova on Michael Cinco's part. Jaggy even called the idea "self-inflicting" and "stupid."

"M5 went out of his way to provide clothes for the candidate. He tapped me to do clothes (a full look) out of his sheer kindness (goodwill if you will)," he said. Jaggy then mentioned that aside from organizing the shoot, Michael himself covered the shipping expenses for Jaggy's gown, which was included in the photos of Nova shot in Dubai. Jaggy adds, "Can you imagine how much a huge balik bayan box would cost on an international air freight cargo two way?"

"This post is not about me/us, our risks that didn't pay off [nor] the 'kakarampot' ["small"] contribution we've rendered. This post is a testament to the kindness of the person being wrongfully accussed," Jaggy writes.

"Attacking his team, the people who works for him is tantamount to attacking the creative head himself. You cannot go around telling the universe that you adore him and think that his people was deliberately sabotaging you behind his watch. I would definitely do the same if you are to start calling out my staff in the same disrespectful manner online.

"If you were to ask me, I wouldn't sow this amount of kindness to your candidate and your team only to end up being publicly humiliated and wrongfully accused! That is unfair! In situations like this, you do not expect someone to just keep quiet and be passive. You just  gotta clap back and serve them!"

It appears that Nova Stevens' Instagram has now been set to private, though she has addressed the situation through a video uploaded on social media. Meanwhile, her publicist MGmode's latest post remains filled with people asking them to air their side of the situation and whether Michael's claims were true.