JUST IN: Jinkee Pacquiao Is One Glamorous Ninang at a Wedding Wearing Accessories Worth at Least P10 Million|Read more »
Fashion | By Marj Ramos Clemente - Dec 26, 2022 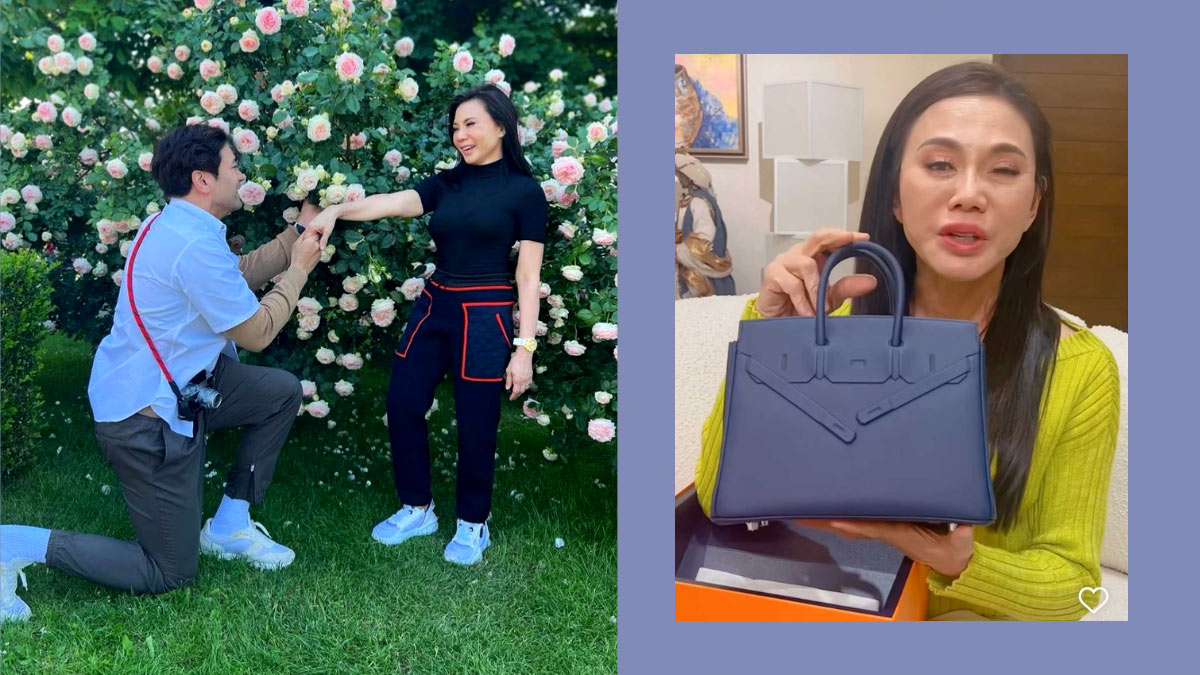 IMAGE instagram/victoria_belo
All in all, his luxurious gifts for his wife rack up a total of almost P12 million!

Happy wife, happy life. This must be true for Dr. Hayden Kho Jr., who never hesitates to go the extra mile in surprising his better half, Dr. Vicki Belo. "I really love clothes very much and I love shoes, but most of all, I love bags, especially when they come in an orange box. And look, Hayden's so sweet he gave me four orange boxes," the celebrity doctor gushes, revealing how her loving husband showered her with lavish Christmas presents this holiday season. And yup, you guessed it—by "orange boxes," she certainly meant Hermès' iconic boxes that come in the luxury brand's signature zesty tangerine hue!

As the doctor to the stars has pointed out, Hayden gave her not just one, not even two, but four exorbitant gifts from the French maison. Initially, she planned on opening one box per day leading up to Christmas, but excitement got the best of her and she ended up unwrapping all of them before the 25th. Can't blame her, TBH! A self-confessed bag lover, Dr. Vicki received not just any designer bags but the rarest of them all. We'd be wide-eyed with anticipation, too!

The first present that Dr. Vicki unboxed turned out to be a mini Lindy in ostrich leather, which came in a beautiful neutral shade that can be paired with just about anything. According to the beauty mogul, it's her favorite kind of small bag because it's practical and features pockets.

On the second day of her unboxing, the celeb doctor was in for another sweet surprise as she discovered what's inside. One of the most coveted limited-edition bags of Hermès, the Shadow Birkin was initially introduced in 2009 by Jean Paul Gaultier, who was the luxury brand's then-creative director. It was only a decade later when Hermès released it again but in limited numbers only. According to Dr. Vicki, she has only seen it in pictures before receiving one from Hayden, so it is indeed "a very special piece!"

Hayden's third surprise is yet again another limited-edition bag that Dr. Vicki doesn't yet have in her expansive collection—clearly a tall order, so kudos to him for making it happen! The Cargo Birkin is another unique piece with a separate outer pocket being its distinct feature, giving it that utilitarian look.

Want to see more of Dr. Vicki Belo? Below, watch her exclusive Preview video sharing her top five designer heirloom items that she plans to pass on to her daughter, Scarlet Snow Belo.

"Skin Cycling" Is the Secret to Glowing Skin, According to Dr. Vicki Belo