JUST IN: Jinkee Pacquiao Is One Glamorous Ninang at a Wedding Wearing Accessories Worth at Least P10 Million|Read more »
Fashion | By Nicole Cruz - Aug 25, 2020

Move Over, Lounge Bras: Corsets Are the Next Big Pambahay Trend 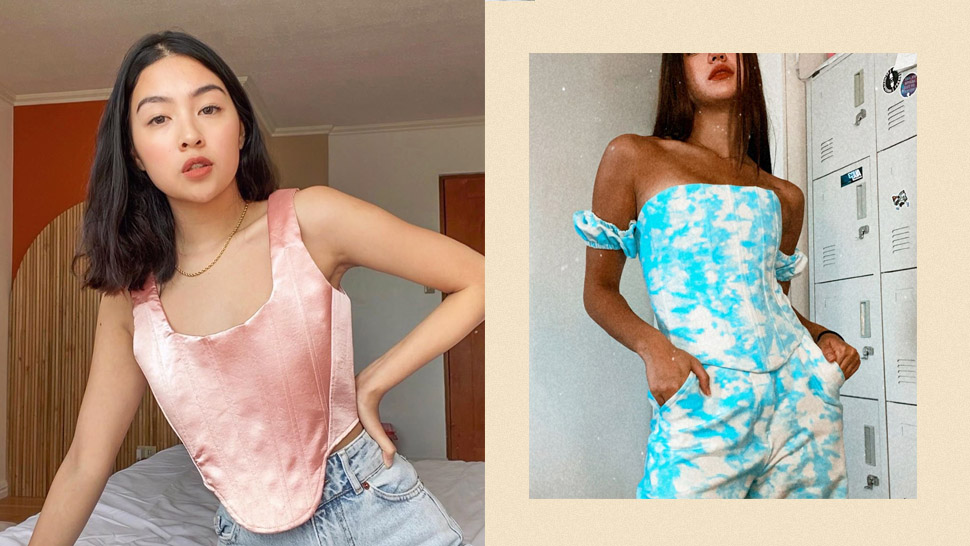 IMAGE INSTAGRAM/reigermar, sueannadoodles
These celebrities are getting a head start!

We recently reported that lounge bras are what celebrities have been living in at home (and understandably so—they’re just so comfy!), but it looks like this trend will soon be dethroned by something not associated with comfort: the corset.

We first spotted KC Concepcion wearing a tie-dye piece in sky blue. Then came Sue Ramirez wearing the exact same set from online shop Just Bonita, which, by the way, is the very same brand Liza Soberano wore in her ‘90s shoot with BJ Pascual.

No sooner than we could say “Thierry Mugler” did Rei Germar also put on this centuries-old item but in a fresh rose gold hue. This piece was also spotted on kween Nadine Lustre, who naturally looked fantastic as always! Check it out below.

As you know, corsets were created to constrict the body to create an hourglass figure. The term “corset” was coined in the 19th century, but such clothing could be traced back to the 16th century when they were referred to as “stays.” According to The Zoe Report, these were created because the woman’s body was believed to be too weak to stand upright and to hold the heavy fabrics clothes were made with during that time.

Fast forward to the 20th century, the corset as an outerwear piece (albeit a punk-inspired one) was introduced by Vivienne Westwood in the 1970s. And of course, we all have that fashion memory of Madonna in that iconic Jean Paul Gaultier conical bra corset top in the 1980s. Even in the 1990s, the corset was utilized by Maison Margiela and John Galliano for its structure and feminine edge.

Circling back to the present, the corset still stays true to the spirit of its modern predecessors. Far from being an item of contortion, the corset celebrates the female figure, no matter what size or shape the wearer is.

The corset is a fashion statement in and of itself, so it’s no wonder these local celebrities have picked up their own! Also, you have to admit that given the months we’ve spent wearing cozy pajamas or loungewear, it’s inevitable for more fashown cravings to kick up, and these stylish celebs were just quick to satisfy them.

The question is, are you game enough to work the corset at home?