JUST IN: Jinkee Pacquiao Is One Glamorous Ninang at a Wedding Wearing Accessories Worth at Least P10 Million|Read more »
Fashion | By Nicole Cruz - Dec 17, 2022 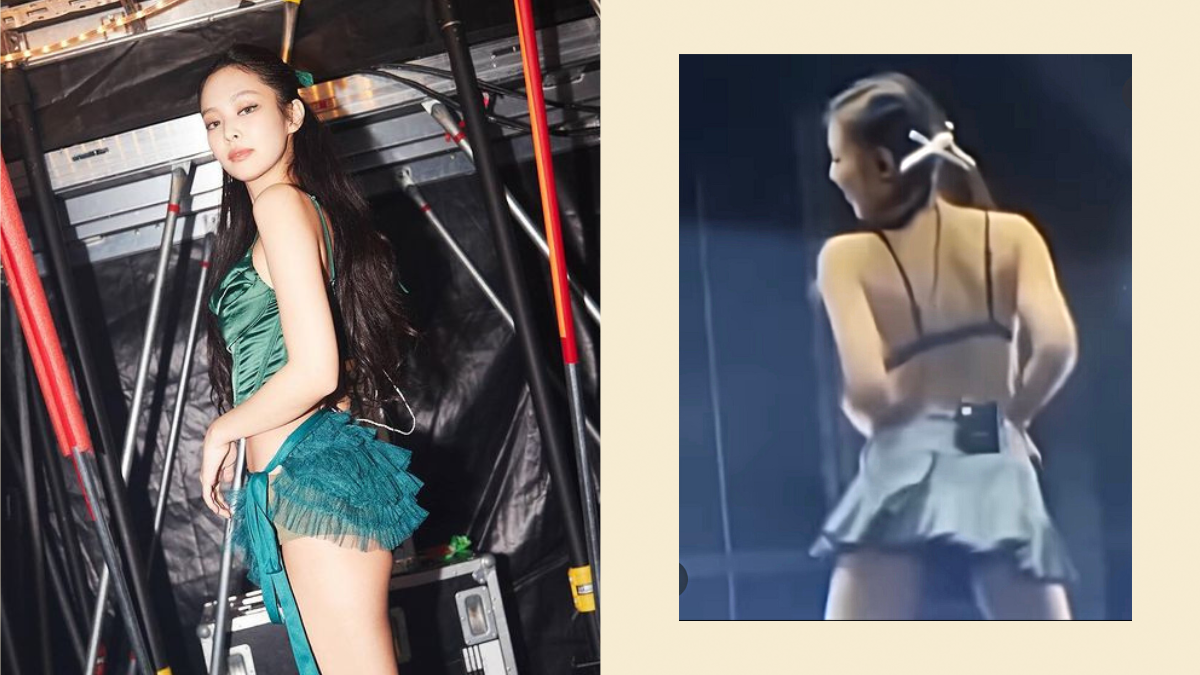 Aside from her musical talent and star quality, Blackpink member Jennie is also known for being a fashion icon with a distinct sense of personal style and a string of high-fashion endorsements. One recent concert outfit, however, stirred controversy among netizens, sparking a debate with the K-pop star’s loyal fans.

In a thread, one user shared a photo of Jennie during a concert where she is seen wearing a pleated mini skirt and a bra top. This was coupled with the caption, "Jennie's outfit… I saw it on Instagram but does the stylist tell her to dress like that? Or does she say she wants to dress like that? I'm just asking because I am curious."

Mixed reactions ensued, creating a debate between those who frowned upon Jennie’s clothing and those who quickly defended her.

Some negative comments bashed Jennie for her outfit and the twerking video attached to the thread, "She's dressed like that and dances this kind of dance," "What's with her?" “Why are you like that? Tearful.”

Others found the ensemble inappropriate and too revealing, saying "She's always only wearing lingerie, she must be cold," “I'm worried that clothes like that will slide up or down or the straps will fall off.”

Some users also blamed Jennie for the choice of clothing. ”No, I don't even know that much while being a fan. At their level, coordinators bring a bundle of outfits sponsored or picked up according to the concept, hang them on hangers, and pick and choose as if you were shopping… That's why it's 100% your choice.”

On the other hand, many have also swooped in to defend the artist, saying that what she wears is her concern: “She can dress however she wants," one netizen says. "What's wrong with her top? What's so bothersome now? I think it's pretty."

Those who thought her clothes were perfectly fine also posited how normal this outfit is, “But Blackpink's outfits were really short this time,” “JENNIE recently, [has often been wearing] revealing outfits.”

One of the main arguments among those who justified her look compared it to Western artists and how accepted their revealing clothes were. "This is so tame compared to some foreign artists,” “Ariana Grande wears something like a swimsuit on stage, but with that much, is it unconventional?”

"If some of you went to foreign artists' concerts overseas you would have a heart attack," another user rebuffed.

Blackpink is currently on its ‘Born Pink’ world tour which is expected to have 36 shows in total, covering Asia, North America, Europe, and Oceania. This is the second worldwide tour of the all-girl K-pop group.