Would You Fly on a Windowless Airplane?

With this type of innovation, everyone gets a window seat. 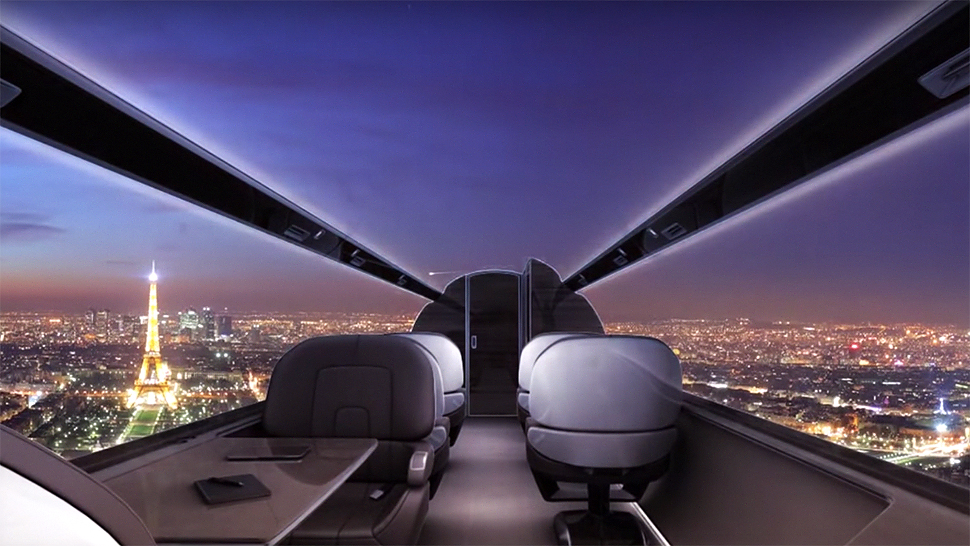 IMAGE YOUTUBE/The Telegraph
With this type of innovation, everyone gets a window seat.
Shares
Share
Tweet
Comments

More often than not, passengers cross their fingers for a window seat when travelling. After all,  if you’re being made to sit pretty for hours in an enclosed space, you might as well spend it marvelling at the views outside.

Ten to 15 years from now though, it seems no one will have to worry about losing their preferred seat, because the future of flying might be taking away the windows altogether. Instead, flyers will be afforded with a full panoramic show of the plane’s surroundings.

British technology and research firm,  Center for Process Innovation, is currently working towards this innovation. Somewhere in the near future, windows on commercial planes could be replaced by OLED (organic light emitting diode) touch screens essentially providing the entire airbus with window seats of their own.

According to The Telegraph, to achieve what’s close to a “glass view” from the plane, the screens will project a live feed taken from cameras installed from outside.

Learn more about the future of flying in the video below.

It’s not all blue skies ahead though. For passengers with a fear of heights or are sensitive to light, this type of air travel could quickly turn into their worst nightmare. Not to mention a mere virtual feed, instead of the real deal, could be a hindrance for flight attendants.

“In the event of an emergency, cabin crew often need to look out for reference points to coordinate evacuations. Having visual as well as spatial awareness is vital and in a windowless jet, they don't exist, especially if there is an electrical fault which then means that the "electric" windows do not work and you can't see outside,“ pointed out Saj Ahmad, Chief Analyst at StrategicAero Research, to CNN Travel.

Would you travel on a windowless plane? Sound off on the comments section, below.

Switzerland Is the Safest Country for Travelers This Year, According to Study

The Philippines Officially Bars Filipinos from Traveling to South Korea