Not Another Cinderella Story: Why the Fairy Tale Keeps Getting Remade

Be honest. How many Cinderella movies have you seen in your lifetime? 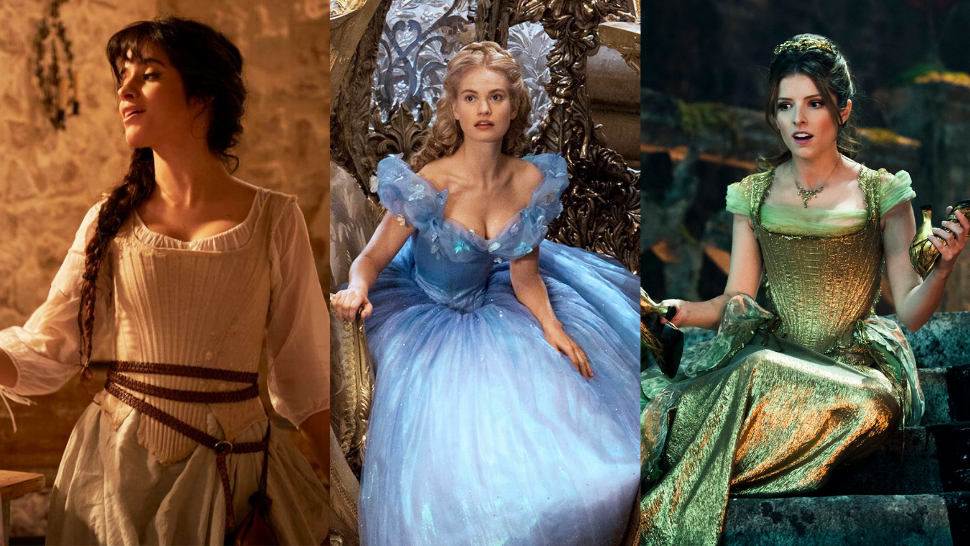 IMAGE Cinderella/Amazon Prime, Cinderella/Disney, Into the Woods/Disney
Be honest. How many Cinderella movies have you seen in your lifetime?
Shares
Share
Tweet
Comments

When Lily James’ Cinderella was announced in 2015, there was no shortage of complaints via articles and social media posts online asking, “Do we really need another Cinderella movie?” The reaction was no different six years later after Amazon Prime’s remake of the classic fairy tale, which stars pop singer Camila Cabello, dropped its trailer last August 4.

For a story that’s spanned literal centuries—the earliest recorded Cinderella traces its roots back to China’s Tang Dynasty—and has birthed countless remakes more than any other fairy tale, at this point it’s no wonder we’ve lost count of how many Ellas there have been in existence, written, caught on film, or otherwise.

Now, the question remains, what’s so palatable and timeless about the girl in the glass slippers?

It brings in the big bucks

At least for big production companies, Cinderella has almost always proven to be a moneymaker. Disney’s 1950 animated version of the tale, inspired by Charles Perrault’s iteration, was a box office success after raking in more than $263 million and three Academy Award nominations during its run. It also remains to be the most popular Cinderella film in existence. Just seven years later, the story was once again adapted, this time around into a live-action TV musical led by legendary composing duo Rodgers & Hammerstein. As per Broadway.com, the show’s live broadcast in 1957 made television history for drawing in 107 million viewers or approximately 60% of the United States’ population at the time. Not to mention it also kickstarted its lead actress Julie Andrews’ rise to stardom and eventual damehood.

Perhaps one of the most beloved Cinderellas still talked about online, Disney’s 1997 take on Rodgers & Hammerstein's Cinderella shattered the glass ceiling as pop icons Brandy and Whitney Houston were casted as the first African-American leads in the fairy tale’s long history. Apart from its multiracial billing, the TV musical broke records yet again after it brought in 60 million viewers during its premiere on ABC’s Wonderful World of Disney, “the highest rated TV musical in a generation,” also noted Broadway.com.

More modernized versions of Cinderella began popping up left and right come the 2000s, and even those saw considerable success in theaters. Despite being panned by critics, Hilary Duff’s A Cinderella Story managed to make more than $70 million in the box office. Additionally, Into the Woods in 2014, which featured Anna Kendrick as a more feisty Cinderella, raked in $212 million and over 40 nominations come awards season. Of course, let’s not forget Disney’s 2015 reimagining of Cinderella with Lily James. In spite of tired cynics calling to bench the fairy tale once and for all, and for Disney to “come up with new ideas,” the film, which was more faithful to the original folk tale, still made numbers at the box office, ending its extraordinary run with $524 million garnered worldwide.

It’s uplifting through and through

Everybody knows the Cinderella story: a woman, enslaved by her stepmother and stepsisters, breaks free from abuse with a little bit of magic, and lives happily ever after—most of the time with her Prince Charming, but recent adaptations have taken liberties to write in more feminist-inclined endings. Even Camila Cabello’s 2021 jukebox retelling has Cinderella worrying more about the future of her dressmaking business, rather than marrying the prince. No matter how much the narrative is changed, the basic rags-to-riches formula remains true every time. Maybe it’s exactly this comfortably predictable happy ending, dashed with hope at every corner, that reels families into theaters come the turn of yet another Cinderella movie every other two or three years.

Similar to most Disney movies, it also handsomely rewards virtuous acts, and punishes the wicked. As per a study from the State University of New York on Cinderella Tales and Their Significance, this is just one of the story’s many selling points. “[Cinderella] creates the belief within audiences that the deserving will be recognized and rewarded for their good actions and character, important components in creating sympathy with audiences as they often believe themselves deserving and under hardship,” wrote the paper’s author, Kristen Friedman.

She also explained that Cinderella’s active nature, as opposed to other passive OG Disney princess’, tends to appeal to viewers no matter their status. After all, the moment Ella's gifted with a fairy godmother, she seizes the opportunity right in front of her and runs with it. Friedman backs this up by quoting from writer Jane Yolen’s own thesis: “Cinderella speaks to all of us in whatever skin we inhabit: the child mistreated, a princess or highborn lady in disguise bearing her trials with patience and fortitude. She makes intelligent decisions for she knows that wishing solves nothing without the concomitant action.” For parents with buying power and impressionable young kids who’ve probably never seen the fairy tale before—and for whom these new movies are made for, anyway—this might just be more than enough reason to give the age-old tale a chance, over and over and over again, angry, aged critics ranting through their computer screens be damned.

All the Cute Affordable Home Appliances in Asahi's Disney Collection

The 10 Most Iconic Filipinas In International Pageants