JUST IN: Jinkee Pacquiao Is One Glamorous Ninang at a Wedding Wearing Accessories Worth at Least P10 Million|Read more »
Culture | By Katrina Maisie Cabral - Dec 13, 2022

FYI, Those Trendy AI Avatars You've Been Seeing All Over Social Media Might Not Be a Good Idea 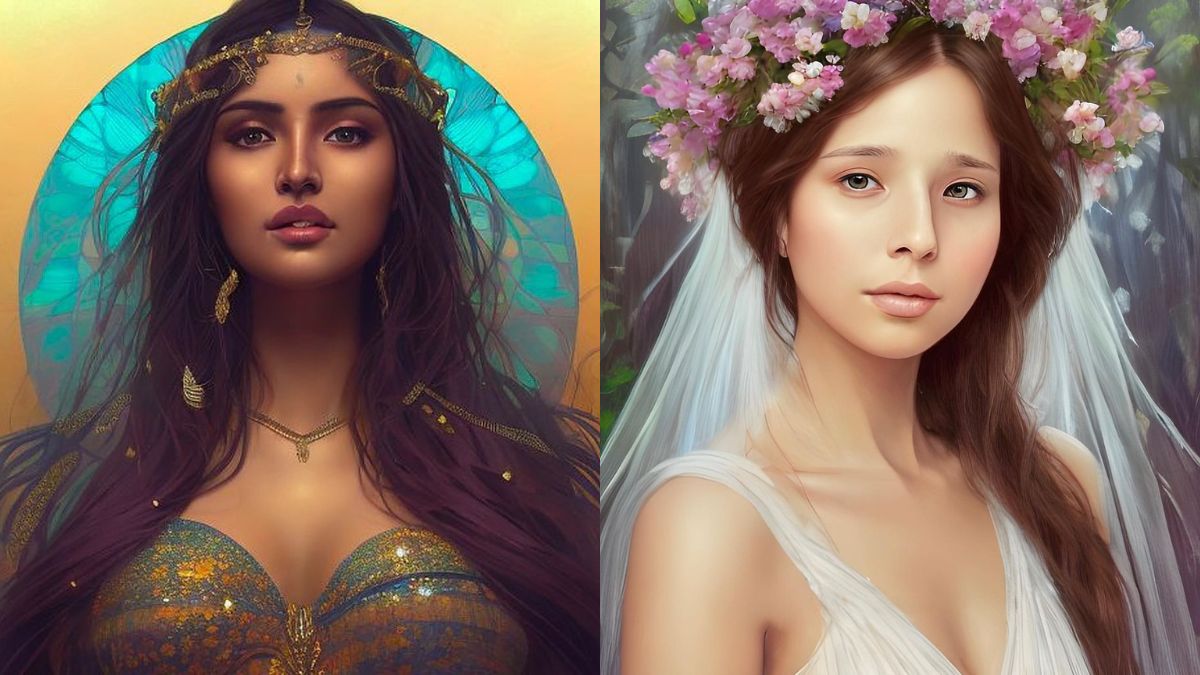 IMAGE (LEFT TO RIGHT) Instagram/rabiyamateo, Instagram/maxenemagalona
We hate to break it to you, but here's what you need to know about the Lensa AI app and why some netizens are against it.

These days, Instagram users might have spotted a common trend in their daily scroll: illustrated portraits, and lots of them.

But these illustrations aren’t exactly the work of a commissioned artist. They might have the trending app Lensa to thank for that, social media’s latest trending app that uses artificial intelligence (AI) to generate artwork that resembles its users.

And while the app has taken over the internet, concerns attached to it have also been a talking point for netizens. But first, what exactly is Lensa?

Described as a “creative companion” in the official app description, Lensa is an all-in-one image editing app built on AI. The application is the brainchild of American developer Prisma Labs, the same company that launched the 2016 iPhone App of the Year Prisma, which, like Lensa, utilized AI to transform users’ photos into paintings in the style of artists like Pablo Picasso and Salvador Dali.

Its 2018 version Lensa draws from that, but with added features. Rather than just changing a photo in one snap, the newer application has tools that edit the smallest details–think shaping eyebrows or face contouring. However, the app in question became the talk of the social media sphere due to a newly added option: Magic Avatars.

How does Lensa’s “Magic Avatars” work?

Launched in November 2022, the feature “Magic Avatars” applies Stable Diffusion, a deep-learning AI that takes cues from users’ uploaded photos, then creates highly stylized illustrations based from them.

To get the effect, users will have to upload 10 to 20 selfies for the best and the most accurate results. This should include close-ups and shots from different angles with different backgrounds.

Who have been using Lensa?

Several international celebrities have been in on the Lensa trend, including Megan Fox and Jennifer Love Hewitt, as well as local personalities such as Rabiya Mateo, Maxene Magalona, and Maggie Wilson. And with the continuous rise of users with significant following, it comes as no suprise that the app is getting more and more popular among netizens.

Here are some we've spotted:

What are the concerns and controversies surrounding Lensa?

Several artists online have raised suspicion that Lensa’s AI may have been derived from digital art uploaded online, most especially due to what appeared like signatures scribbled in the corners of the generated portraits.

In an email to Art News, Prisma Labs CEO Andrey Usoltev says this isn’t “proof of theft” because it didn’t really copy off a specific rather art, but rather, mimicked the styles and how most of these sign off their creations.

But this mimicry is exactly the concern for most of these artists. The Stable Diffusion AI used by Lensa derives its work from a database called LAION-5B, a network of 5.85 million image-text pairs sourced from the internet. The AI uses these millions of images to train itself.

According to the Washington Post, while the AI model and database are technically legal since it’s a non-profit project, Lensa is a tricky matter because the app monetizes from it. Prisma Labs says they’re charging for the “working toolkit” and not the database itself, but artists have stressed that the works are eerily close to what has been made, including styles, color palettes, and textures used.

AI itself has been a concern for artists and their livelihood, with people opting for these instant and less expensive images as opposed to human-created commissions. In response, Prisma Labs says that AI won’t replace digital artists because it “does not have the same level of attention and appreciation for art.”

Other than art theft, security is one cause of concern for most users, given that 10 to 20 photos are needed to generate a Magic Avatar. Prisma Labs says that all photos are permanently erased from their servers after the results are generated, but the terms and conditions also state that the app grants them a “sub-licensable license to use, reproduce, modify, adapt, translate, create derivative works” of photos, although much like a lot of other apps.

Reports have also surfaced about the app creating hypersexualized photos for women including American actress Megan Fox, and even children. The app only allows users 13 and above to it, but its CEO advises users not to upload pictures of minors.

Lensa is currently available on the Apple App Store for iPhone, iPad, and Mac users, and on Google Play for Android.

What Are NFTs and Why Are Celebrities Getting Into Them?