This Couple Traveled the World, Took Photos, and Got Married 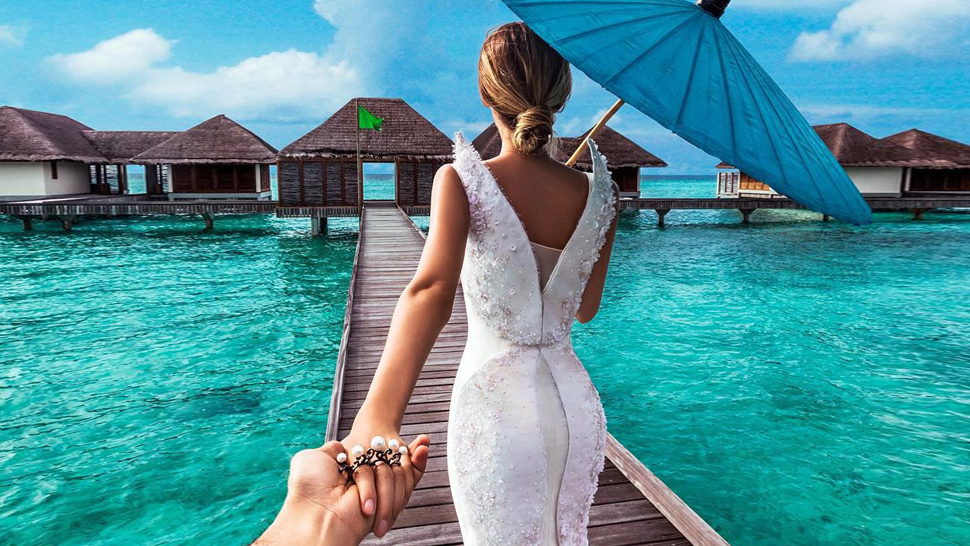 Back in 2012, a wanderlust-consumed boyfriend and his girlfriend rose to fame while traveling around the world. Murad Osmann and Natalia Zakharova, more popularly known as the #FollowMeTo couple, have gone shopping in Hong Kong, sightseeing in Paris, and gondola riding in Venice. But unlike most sweethearts who’d normally document their travels with touristy jump shots and cheesy selfies, these two had their own unique way of capturing the world’s beauty for their followers to see.

Now, for those of you who are still clueless as to who we’re talking about, here’s a quick introduction.

It all began three years ago when an Instagram account, featuring a modelesque woman leading her photographer boyfriend around the world, caused a huge online frenzy. The globetrotting couple took their followers to amazing destinations and snapped pictures of their beautiful adventures most people can only dream about.

The Brooklyn Bridge in New York

The Eiffel Tower in Paris

The Dead Sea in Jordan

The great Taj Mahal in India

Three years (and a photo book) later, we got curious as to where their picture-perfect adventures have taken them. From around 50K followers since it started gaining popularity, Murad’s IG account has now reached past the 3M-follower mark. And the two, still trotting around the world in style, are already married—and naturally, they tied the knot and went on a honeymoon in the most Instagrammable way possible.

Clearly, there's no stopping these two. Follow @muradosmann on Instagram to keep track of their picturesque adventures!

Main image from @muradosmann on IG