Did You Know? Hidilyn Diaz Was Originally Sent to the Olympics as a Wildcard Participant 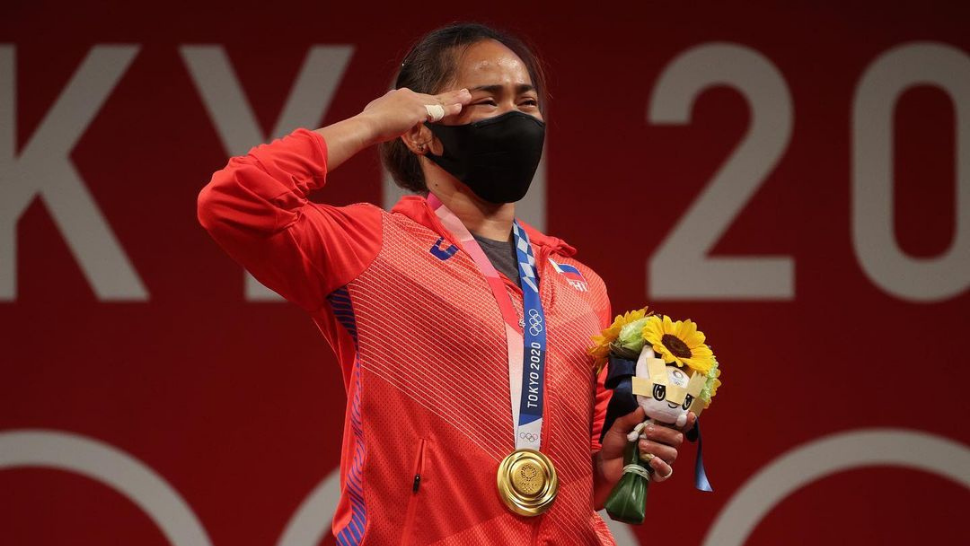 Hidilyn Diaz has left an indelible mark in Philippine history as the first-ever gold medalist in the Olympics. Apart from that, she also set the current Olympic record in the women's 55-kilogram division, lifting 127kg in her clean-and-jerk event, for a total of 224kg. Though, would you believe that 13 years ago, she had no idea what the Olympics were?

She was just 17 years old that time, with only a few stints as part of the Philippine national team under her belt. From that moment on, she made a promise to herself that the next time she graces that stage, it won't be just under the "wildcard" category anymore. "Sabi ko talaga sa sarili ko, sa susunod, gusto ko na mag-qualify," she said.

And after years of sacrifice, hard work, and nerve-wracking moments, she became the country's first-ever gold medalist after 97 years of waiting. Quite a journey from being a clueless teenager. Hidilyn, however, bared, it wasn't just her "own fight" this time. It was Team HD's as well.

This story originally appeared on Spin.ph. Minor edits have been made by the Preview.ph editors.

This Was Maureen Montagne's Winning Answer At Miss Globe 2021