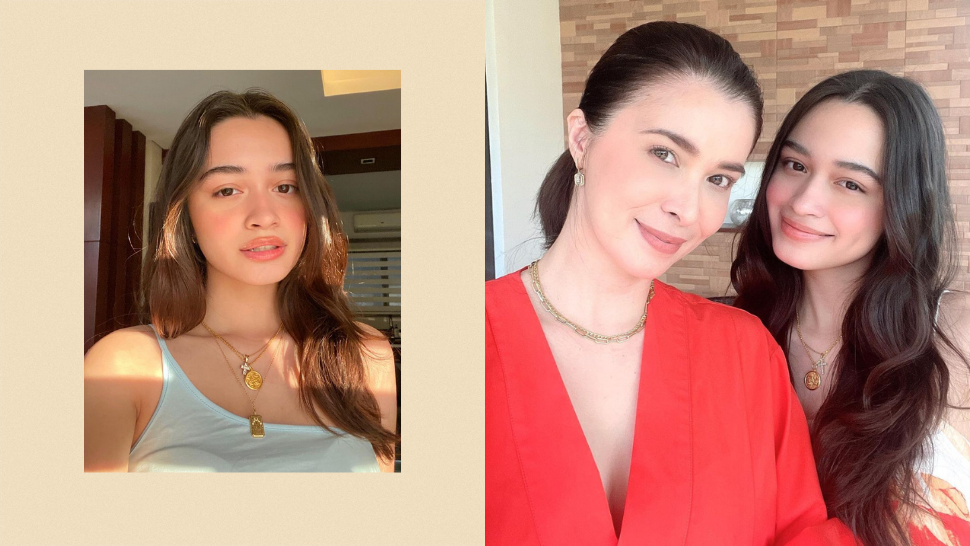 Actress and mother of three, Sunshine Cruz, came to her daughter, Angelina Cruz’s defense after malicious accusations started circulating against the 19-year-old on Facebook last week.

The negative chatter propagated from an entry on the FB page, DLSU Freedom Wall—an anonymous confessional by students of the university—which was posted on March 12, 2021. It brought up a nameless commercial model who allegedly neglects her school work in favor of being an “influencer.”

Speculations about the blind item’s identity arose after commenters started pointing fingers at Angelina, who’s currently a first year college student at the De La Salle University, and is also coincidentally an endorser of Silka's Whitening Papaya Soap, alongside her mother.

Upon reading about her oldest being pinned as a “lazy groupmate,” Sunshine immediately fired back with a post of her own. Here, she reiterated that her daughter is a hard worker and is actually a Dean’s Lister, too.

“If this is indeed true, reveal yourself,” started her FB post. “I know how hard working my daughter is when it comes to school. She won’t be a deans lister for nothing. Be proud of other people’s achievements and stop bringing them down.” The actress also jokingly took the opportunity to endorse the aforementioned skincare brand while she was at it, adding: “Gumamit nalang din kayo ng SILKA para luminis hindi lang katawan nyo kundi mga puso nyo….May nag comment nito sa thread ng DLSU FREEDOM WALL sa facebook and gagamitin ko ngayon..’KAPAG INGGIT,PIKIT!’”

For her part, Angelina directly addressed the issue by posting on the viral post’s comments section. “There are obvious hints towards me alongside false accusations,” she wrote. “Firstly, I KNOW I do my parts and I have groupmates, past and present, who can vouch. Secondly, OP if you did have a problem with my so called lack of work why not directly message me?”

True enough, Angelina’s past classmates did indeed come to her defense as well, with one user commenting “…if [you] wanted clout [you] could've just said so cause as far as I know Angelina's a great groupmate." Another one chimed in: “I have been groupmates with Angelina in numerous classes and she has been nothing but cooperative in each one.”

While the original controversial post has since been deleted by the Facebook page, Sunshine took the time to thank the students who vouched for her daughter on her own profile.

That said, Angelina also took to Instagram to clear the air with a similar message, of which she prefaced by saying that it frustrated her to see false rumors about herself be passed around.

Read her IG story below.

A day after the incident, Sunshine revealed that the commenters who created the false rumors have since apologized to her and Angelina via private message.

You Have to See the Golden Glam of Angelina Cruz for Her Debut!