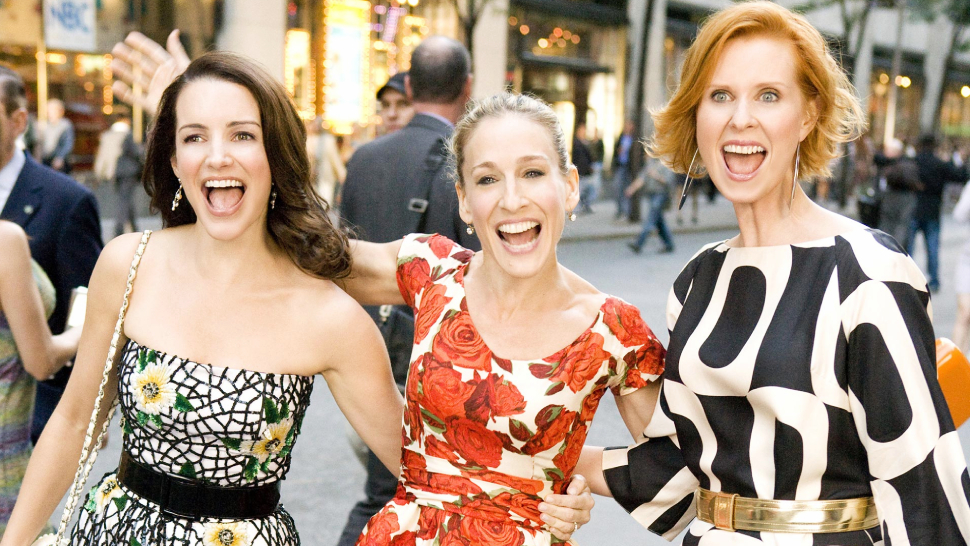 IMAGE Sex and the City/HBO
Sarah Jessica Parker, Cynthia Nixon, and Kristin Davis will each be paid a whopping one million dollars per episode!
Shares
Share
Tweet
Comments

It’s been 17 years since Sex and the City dominated cable TV. Six seasons, two movies, and a prequel have now come and gone but our favorite feisty New Yorkers are far from leaving us behind. Yep, the rumors are true—we’re getting a Sex and the City spin-off featuring our original favorite gal pals!

HBO announced the new series last Sunday, January 10, along with its official title, And Just Like That. SATC’s cast also took to social media to celebrate the return of the Emmy-winning franchise. Sarah Jessica Parker teased on Instagram, “I couldn’t help but wonder... where are they now?”

“Anything is possible. This is New York,” tweeted Cynthia Nixon with an attached teaser trailer for the show, which is set to premiere on HBO Max, a.k.a. HBO’s streaming platform.

Kristin Davis also wrote a similar caption for her post. She tweeted, “Anything is possible...the story continues!”

So what do the SATC ladies have in store for us fans after all these years? Here’s what we know so far:

1. It’s a continuation of the franchise.

Specific plot details have yet to be revealed, but one thing’s for sure: And Just Like That will essentially serve as a sequel to the original franchise. Set years after the end of season six, Carrie Bradshaw, Charlotte York, and Miranda Hobbes are just as tight as ever “as they navigate friendship in their 50s,” amid the hustle and bustle of good ole New York City. Additionally, the series will run for 10 episodes.

2. A key character will be missing.

As you can probably tell by now, there’s one important character missing from the headlines. Unfortunately for fans of Samantha Jones, the blonde bombshell won’t be part of the new series. Her absence is not at all surprising, though. Ever since Sex and the City 2 wrapped in 2010, actress Kim Cattrall, who played Samantha, had gone on to express her disinterest in continuing her character should SATC push for another movie or TV sequel.

When asked by TMZ if they plan on replacing Samantha with a new character to complete the supposed quartet, Sarah Jessica Parker responded, "It's not quite as black-and-white as that…We're not looking to create a fourth character… There will be lots of interesting new characters we are super excited about."

3. The main cast is reportedly earning a hefty sum per episode.

Another thing for the returning trio to be excited about? Their hefty paychecks! A report by Variety revealed that SJP, Cynthia, and Kristin—who are also executive producers for the show—are each set to make $1 million per episode of the 10-episode series. Take note that each episode has a running time of about half an hour, similar to the original. Now that’s what you call making bank!

4. Micheal Patrick King will return as the show’s Executive Producer.

Joining the three leads as Executive Producer is Michael Patrick King. The writer and director penned several TV scripts for the original series. He also won a slew of Emmy Awards for his work on the show. Darren Star, SATC’s original creator, will not be part of the sequel project though.

5. Production for the show will begin later this year in New York City.

Before the spin-off announcement, the last known follow up to the Sex and the City franchise was a prequel in 2013, titled The Carrie Diaries. It starred Anna Sophia Robb as a young Carrie Bradshaw exploring her life in New York during her junior year of high school.

Icymi: These Are All The Long Weekends This 2021