He was crying when he revealed that Ryan was the first fellow Korean to stop by his ramen stand. 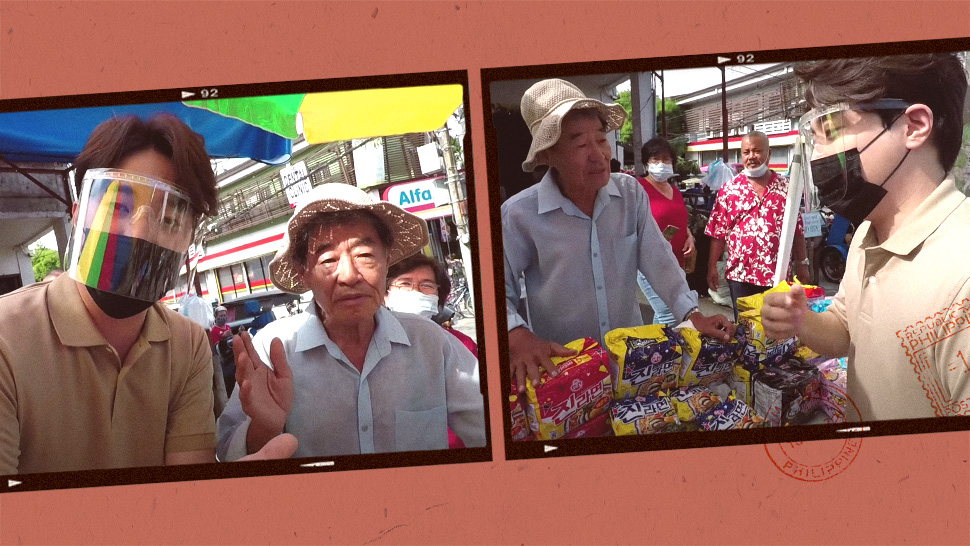 IMAGE YOUTUBE/Ryan Bang
He was crying when he revealed that Ryan was the first fellow Korean to stop by his ramen stand.
Shares
Share
Tweet
Comments

Two weeks ago, a Korean street food vendor by the name of Jang Sam Hyun in Las Piñas went viral on social media. The 76-year-old caught the hearts of netizens when he was shown giving out free water to motorists passing by despite barely staying afloat financially himself with his ramen stand.

Sam Hyun has since received the good will of Filipinos eager to help him out, along with a Syrian-born vlogger based in the Philippines named Basel Manadil who even bought him new furniture for his house.

Recently though, it seems the vendor’s wish to return to South Korea has finally been answered thanks to Korean entertainer Ryan Bang. In his latest vlog, the It’s Showtime host visited Sam Hyun’s ramen stand after seeing his situation on the news.

Upon meeting the 29-year-old comedian, Sam Hyun burst into tears noting that Ryan was the first of his countrymen to stop and buy ramen from his small stand. “Thank you. You are the first Korean to come. No Korean has ever come to see me. No one has even bought ramen. You’re the only one,” Sam Hyun said.

The pair eventually got to talking before Ryan handed him a white envelope containing money for his plane ticket to Korea. “I wanted to give you money so you can go back home to Korea…I grew up with my grandfather. I remembered my grandpa and I was in pain when I saw the news so I hope with this you can now buy your ticket,” Ryan told Sam Hyun while the latter once again was moved to tears. “I know it’s not much but I hope it helps.”

According to their conversation, Sam Hyun was once the wealthy owner of a construction company based in South Korea. Over the past 20 years, he would fly in and out of the Philippines for business, but soon lost all of his riches after falling into a gambling addiction as he revealed in Basel’s vlog.

Three days before the lockdown was imposed in March, his wife had to fly back to their home country. Distraught and alone with no money, Sam Hyun revealed that he went to Cavite to try and end his life. While drowning though, Sam Hyun told Ryan that he was thankfully pushed back to shore by a turtle. “So I got into the water, about 100 meters away, I was already drowning but the turtle came and saved me,” he recounted. “Please don’t do that. You still have your family,” replied the Showtime host.

Later on, a Korean friend of Sam Hyun convinced him to sell ramen in the streets in order to earn money. Sam Hyun notes that the most he earns on a lucky day is P500, though he still hopes to return to Korea as soon as possible once he’s sold all of his ramen. “I’m 76 years old. If something good happens to me, I will repay these people back for all the help they gave me,” he told Ryan.

Fortunately, with Ryan's help, this haraboji can finally fly home and be with his family.

Did You Know? Kim Seon Ho Was "ghosted" By His Girlfriend When He Was In The Military