JUST IN: Jinkee Pacquiao Is One Glamorous Ninang at a Wedding Wearing Accessories Worth at Least P10 Million|Read more »
Culture | By Nicole Cruz - Oct 1, 2020 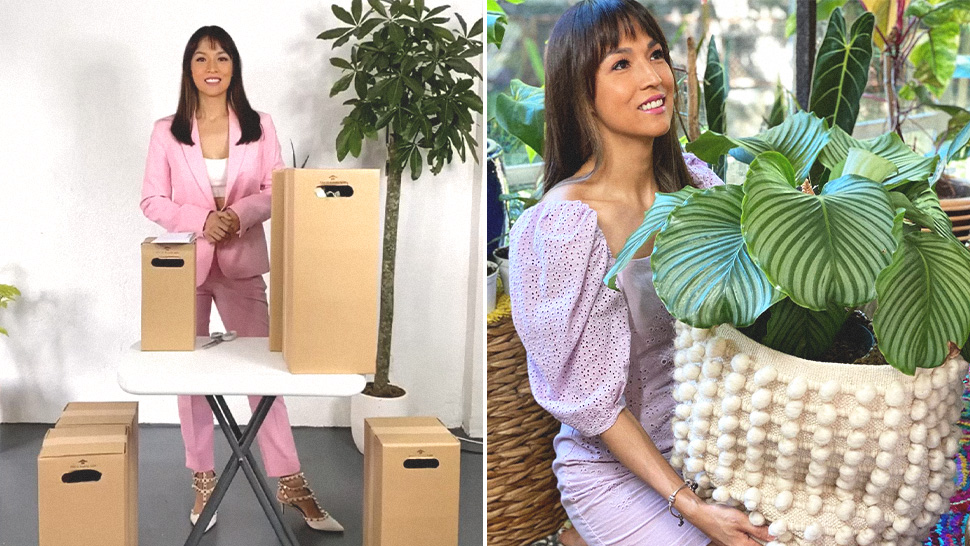 You’d have to be living under a rock if you didn’t know that plants are all the rage right now. You’re probably familiar with the usual indoor plants, like succulents, that anyone can buy at budget-friendly prices. But did you know that there are species that can fetch up to five to six digits? Well, I didn’t, but it turns out that the truly plant-obsessed are willing to shell out this much. Think of it as the plant version of designer bags! We’ve recently shown you the price of Jinkee Pacquiao’s huge variegated alocasia, but we’ve discovered something even more mind-blowing.

Today, we’re putting the spotlight on 42-year-old celebrity and momma Aubrey Miles. In an exclusive interview for Summit Media, she shared how her fondness for plants came about as well as her favorite species. Her plant obsession started 11 years ago when she bought her first plant in Q.C. Circle. She then tried her green thumb with flowers but now she’s into “ornamentals” like the philodendron species. Since then, her collection continued to grow, and she now has over 100 species in her house. She even had to put up a small greenhouse to make room for them!

As if that wasn’t “peak” plantita already, Aubrey finally reveals the price range for the most expensive plant she bought. (Drumroll please.) “You know sometimes when they ask me [that], parang I feel like they think I'm crazy or insane to pay that much. Probably the most [I’ve spent on a plant] is P300,000,” Aubrey says.

“Yes it’s crazy.” The plant was a variegated billietiae.

“Then some are 100K, 150K...” Has your jaw dropped already? Well, don’t worry, Aubrey also says that she makes sure she gets the most bang for her buck by propagating the plant. “Propagation is when you cut them then grow and then I sell them to get my money back.”

Yup, Aubrey takes her plant mom life seriously. In fact, it’s almost as if she shares a close relationship with them—so much so that she admits to “talking to them” to help them grow. “You gotta feel your plant, eh. You have to vibe it,” she says.

“‘Yung responsibility of having plants it’s like having pets. Love them and then they will love you back even more. More than you give.” Awww! She makes us want to cultivate our green thumb, but we may have to rethink that 300,000-peso plant. We’ll stick to our succulents in the meantime!

Watch Aubrey’s full interview below to get tips from this expert plantita: