LOOK: Here's How (and Why) Bela Padilla Decided to Uproot Her Life in Manila and Move to London|Read more »
Culture | By Mylene Mendoza for Candymag.com - Jul 18, 2020

How many of these were you able to watch? 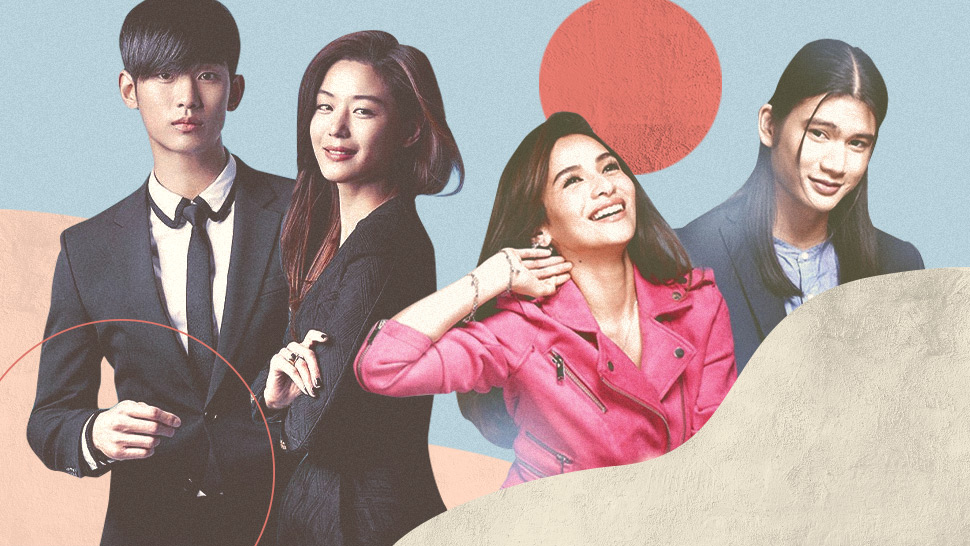 Throwback to when we came home just in time to catch all the popular local drama series on TV. TBH, Pinoy teleseryes are a staple in every local household. Just like how K-dramas are practically on everyone's to-watch list now!

That said, did you know that some of your favorite local series were actually adaptations of popular K-dramas? Below, we list down seven PH adaptations of well-known Korean TV series.

Stairway to Heaven is a South Korean drama starring Kwon Sang Woo and Choi Ji Woo. The K-drama had a Pinoy remake in 2009, which saw Dingdong Dantes pair up with Rhian Ramos. It aired on GMA-7. The original show is about the story of childhood friends turned lovers.

Full House gave us the tandem of Hallyu stars Song Hye Kyo and Rain back in 2004. The K-drama had numerous adaptations in different countries, including the Philippines. In the Pinoy version aired on GMA, it was Richard Gutierrez and Heart Evangelista who took on the lead roles.

The local GMA teleserye Endless Love was one of the many team-ups between now-married couple Marian Rivera and Dingdong Dantes. A teenage Kathryn Bernardo even got to play the younger version of Marian's character. The show was an adaptation of Autumn in My Heart, the first season of the four-part South Korean TV series Endless Love.

My Girl was one of ABS-CBN's top teleseryes when it was first released in 2008. The show starred Kim Chiu, Gerald Anderson, Enchong Dee, and Nina Jose. It was based on the South Korean drama of the same name, starring Lee Da Hae, Lee Dong Wook, and Lee Joon Gi.

This 2008 GMA teleserye starred Regine Velasquez as the titular character, who also sang the show's opening theme Maybe It's You. It's based on the award-winning South Korean series My Name Is Kim Samsoon starring Kim Sun-a, Hyun Bin, and Jung Ryeo Won.

Many may know of the popular K-drama Coffee Prince starring Gong Yoo and Yoon Eun Hae. The show had remakes in other countries such as Thailand and Philippines. For its Pinoy adaptation, the show had Aljur Abrenica, Kris Bernal, Benjamin Alves, and Max Collins as the cast members as well as Ricky Davao as the director.

7. My Love from the Star

The popular K-drama starring Kim Soo Hyun and Jun Ji Hyun had a Pinoy remake in 2017. The local version was directed by Joyce E. Bernal and saw the fresh pairing of Jennylyn Mercado and Gil Cuerva. Originally, it was Alden Richards who was report to play the male lead, but the role was later on given to Gil, making the remake his first acting stint.

These K-drama Actresses Are Actually Top Students In School