It will include Shin Min Ah and her boyfriend and fellow actor Kim Woo Bin. 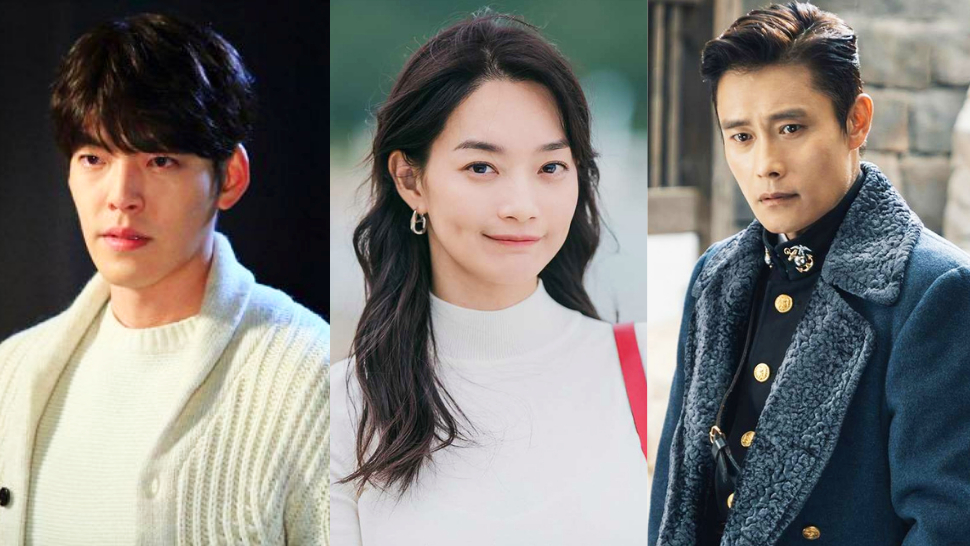 Hold on to your seats, K-drama fans: The star-studded casting for upcoming drama Our Blues which, BTW, includes real life couple Shin Min Ah and Kim Woo Bin, was confirmed this month and we can’t contain our excitement!

Talks about a proposed casting for renowned screenwriter Noh Hee Kyung’s latest drama started circulating in early April this year. With a string of impressive Hallyu actors mentioned, we’ve pretty much kept our eyes peeled for further developments over this dream project.

Set in Korea’s picturesque Jeju Island, Our Blues follows the varying stories of seven individuals, whose lives are seemingly intertwined.

Below, we break down 5 things we know so far about Our Blues:

Following the recent success of Hometown Cha-Cha Cha, we were excited to hear that the illustrious actress will be gracing our screens with yet another drama performance soon. Min Ah will be portraying the role of Min Sun-a, Jeju’s newest resident, whose mysterious past urges her to move to the island. Though not much else is has been revealed about her character, we’re looking forward to seeing a new side of Min Ah for this drama.

2. Lee Byung Hun will be playing opposite Shin Min Ah.

Byung Hun, whom you might know as either the Front Man in Squid Game (2021) or the dashing captain of the US Marine Corps in Mr. Sunshine (2018), will be embodying the role of Lee Dong-sok. Born and raised in the countryside of Jeju, this simple man becomes involved with the island’s mysterious new dweller, Sun-a.

The actors have previously worked together on Beautiful Days (2001), though not as romantic partners. This time around, we’re definitely ecstatic for their on-screen chemistry and how their partnership will play out throughout the series!

Kim Woo Bin (Uncontrollably Fond) makes his small screen comeback as Park Jung-joon, since being diagnosed with nasopharyngeal cancer in 2017. His character, who’s described to be “a warm-hearted ship captain,” falls in love with Lee Young-ok, a rookie haenyeo (a female diver who harvests marine life) often followed by rumors. Young-ok will be portrayed by One Spring Night actress Han Ji Min.

This also marks the first time real-life couple Min Ah and Woo Bin will be appearing in a drama together since they started dating in 2015!

Industry veteran Cha Seung Won (Korean Odyssey) and Parasite star Lee Jung Eun will be playing the roles of Choi Han-soo and Jung Eun-hee, respectively—past lovers reunited after 30 years. The pair were initially separated after Han-soo moved to the city, and Eun-hee remained in Jeju to become a fish store owner. She’s also the friend of Go Mi-ran, played by singer-actress Uhm Jung Hwa (Okay! Madam), a woman who returns to the island after outgrowing the hustle and bustle of city life.

Noh Hee Kyung, who's the brains behind hit dramas It’s Okay, That’s Love (2014) and That Winter the Wind Blows (2013) returns to writing for the small screen with this project, since the release of Live in 2017.

Other specific details about Our Blues have yet to be announced. However, with reports of production wrapping up early next year, we can expect the drama to air in the second half of 2022. Can time go any faster? We seriously can’t wait!

It's Official: These Hotels In Metro Manila Are Now Open For Staycations