We review the anime series and why it’s a groundbreaking production. 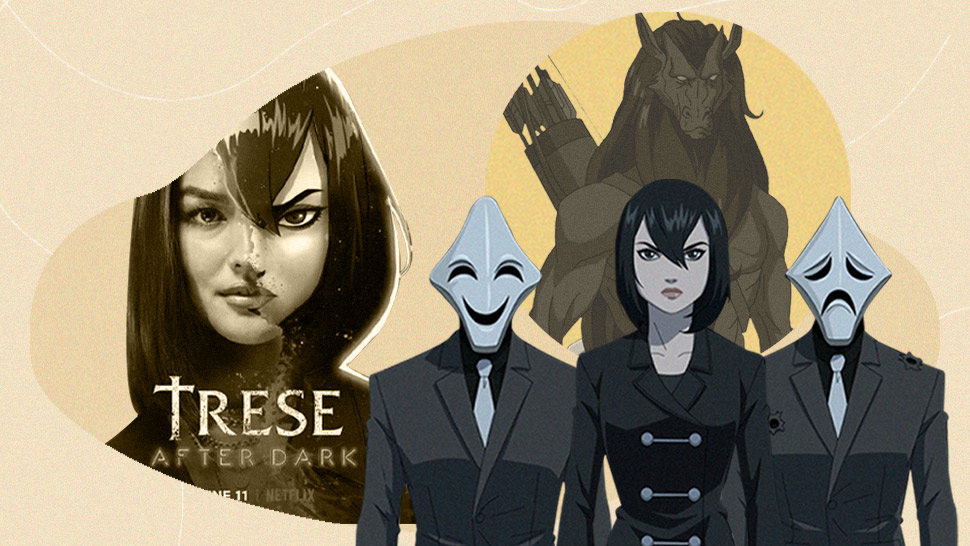 As someone who grew up watching anime, it’s surreal to think that we now live in an age where an original Filipino anime series exists! Thanks to Netflix, the award-winning comic Trese by Budjette Tan and Kajo Baldisimo has come to life. The tales of Alexandra Trese are now availalable on screen with the help of writer Tanya Yuson and Jay Oliva, who has worked on numerous DC animated series as a storyboard artist and directed Frank Miller's Batman: The Dark Night Returns animated film. With Shay Mitchell and Liza Soberano lending their voices to the feisty Lakan, there are high hopes for the series to hit it big locally and globally.

The anime dropped today, just ahead of Independence Day, and it’s safe to say the project will make you feel proud to be Pinoy. But be warned! This story isn’t for the faint of heart! As Jay Oliva mentioned in one interview, Netflix did not put a limit on the production nor want to censor the graphic nature of the original work. The only rule? To make it the best anime adaptation of the comic. Read on to find out why you should binge-watch the series—promise, no spoilers!

Story trumps all when looking at the series as a whole. The lore is well-written and tightly knitted together to deliver the twists and turns that will keep you intrigued and wanting more. It also made me want to read and research on all our local urban legends, monsters, and other mythical creatures. It’s a pretty clever way to get people interested in Filipino mythology!

There’s no censorship when it comes to gore.

Based on the trailers, I had a hunch the show was for more mature viewers. But the first episode will definitely weed out the squeamish. There’s a lot of blood, gore, and uncensored killings that might be too much for some if this is your first time watching an anime of this nature. As someone used to stories like this or graphic anime like Princess Mononoke, Psycho Pass, X/1999 or even Netflix’s Love, Death and Robots, this is totally up your alley!

The characters are given Pinoy personalities that are so relatable.

It’s quite interesting to watch an animated show that features characters who look like you and possible have the same humor as you! That said, I can see how this is such a gift to watch if you’re a Pinoy living abroad or a Fil-Am who has never set foot in the Philippines. It’s nice to show the world more of our modern culture, despite it not being as pretty as we ideally want it to be. And though Alexandra Trese is pretty badass, Crispin, Basilio, and Nuno easily steal the show, IMHO!

I’m all for shows that make you think, and Trese will really get those gears in your head turning. There’s a lot of parallels between some of the events and subplots of the series that you can directly connect to what’s going on in our country. Though escapism is great, I love that the anime went further to delivery this commentary about Philippine politics and law-enforcement.

There are discrepancies when it comes to the animation, but nothing really bothersome if you’re a casual viewer.

Personally, art style and animation quality really affect my viewing experience. Though the characters are fleshed out and executed pretty well, I actually noticed that the quality of animation changed come episode four. The color-grading and animation style was quite different for the pilot and episodes two and three; the character movement, colors, foreground and background shading then got better in later episodes. It was such noticeable shift for me that I actually checked the credits if the animation studio changed! But I was all for the improvement! Episode four might be my favorite amongst the six.

It is essential! It’s a love letter to Philippine folklore and mythology, and deserves everyone’s viewership and support. You’ll even want to read up on the comics after (as what I plan to do!) If anything, the series will leave you hopeful for more distinctly Filipino stories like Trese to be made into animes or live-action shows. The true strength of Trese is in its localized lore and the way it showcases Philippine culture without any pretentions. May we all love the country as much as Alexandra Trese does—monsters and all.