For the ultimate K-drama fan! 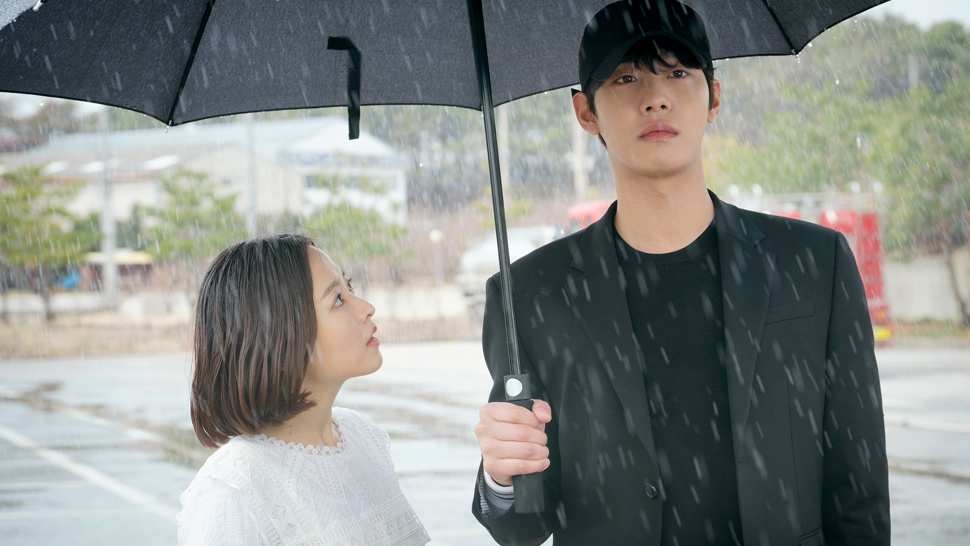 We’re only almost done with the first half of 2019, and it’s already proving to be a great year for Korean drama fans—in fact, even Netflix has evidently caught the K-drama fever! With all the heart-fluttering rom-coms, exciting thrillers, and ugly cry-inducing series available or coming soon on the streaming site, you won’t find it difficult to find one that will suit your mood. Below, we put together a list of Netflix Original K-dramas that you need to binge-watch.

CNBLUE’s Lee Jong Hyun and Gong Seung Yeon, who appeared together as a couple on the popular variety show We Got Married, relive their chemistry in this fantasy rom-com. Seung Yeon’s character is a top arrogant actress who runs away and ends up getting portaled back in time—as far back as the Goguryeo period. She crosses fates with the cunning and money-loving On Dal (played by Jong Hyun).

This drama revolves around Kim Je Hyuk (played by Park Hae Soo), a famous baseball player who finds himself behind bars days before pitching for a major league. The new environment challenges him and forces him to follow new rules in order to survive. The rest of the story highlights the entertaining lives of convicts and guards.

Unlike the usual Korean dramas with 16- or 20-episode arcs, this drama led by Lee Jong Suk and Shin Hye Sun only has three episodes. Far from being a light rom-com, the series depicts the tragic love between a married playwright and Korea’s first ever professional soprano singer during the Japanese colonial period.

The film stars Park Hae Il and Soo Ae who respectively play an ambitious economics professor and his wife who’s an even more ambitious deputy curator. The married couple gets caught in corporate drama and political affairs that test their relationship and their individual principles. It shows just how desperate people can be when they’re eyeing power and status.

With Park Shin Hye and Hyun Bin, the lead couple alone is enough to fuel the hype of this K-drama. Add to that a romantic and culturally rich setting in Spain and some plot twists involving augmented reality (AR), and you’ve got yourself an epic, top-rated series. Hyun Bin plays a CEO of an investment company, while Shin Hye plays a hostel owner. They both get roped in a mysterious journey because of an AR game inspired by the Alhambra Palace in Granada.

This plot twist-filled drama made headlines in Korea and broke television rating records as the story progressed. It centers on four wealthy families who live in a fictional luxurious suburban neighborhood in Seoul. The housewives make sure to maintain their affluence by pushing their husbands up the ladder of success and grooming their children to get into the prestigious Seoul National University. They go through all lengths and spend billions just to get what they want and feed their pride.

Kingdom became such a hot, trending topic globally during the beginning of the year, as it dealt with zombies in the medieval Joseon Dynasty period. Think Train to Busan, but with the protagonists and scary creatures alike wearing Hanbok (Korean traditional clothing). There's also a political war between Cho Hak Ju (played by Ryu Seung Ryong, whom you might remember as the lead actor from Miracle in Cell No. 7) and Crown Prince Yi Chang, played by Ju Ji Hoon.

This light rom-com is for anyone who needs a break from all those heavy dramas and heartstopping thrillers. Lee Na Young plays Kang Dan-i, a woman whose misfortunes led her to swallow her pride and work hard to prove herself. Lee Jong Suk, on the other hand, will make your heart flutter as he portrays Cha Eun Ho, a young and promising editor-in-chief.

Detective Kang Pil Sung (played by Song Sae Byeok) did not believe in ghosts, but after crossing paths with psychic medium Hong Seo Jung (played by Go Joon Hee), he starts seeing (and getting freaked out by) these spirits. Unluckily, they encounter a ghost of a murderer who possesses the body of a wealthy businessman and vows to destroy the world through his newfound power and money. The duo sets out to stop him before he wreaks havoc.

Ji Soo plays the lead character, whose friends move in to his house unexpectedly because of various personal circumstances. One of them is his first love—someone he’s had a crush on since they were kids—and he slowly learns how to deal with his feelings and try to pursue a relationship with her.

It’s IU’s comeback drama after Moon Lovers: Scarlet Heart Ryeo (2016) and My Mister (2018). Its four segments—namely Love Set, Collector, Kiss Burn, and Walking at Night—each depict different storylines but all with IU playing the lead character. Unlike the usual K-dramas, these short films are thought-provoking and tackle mature themes via artistic storytelling. It’s surely a must-watch for fans looking for something new and intriguing.

This new fantasy drama's lead actress is none other than Park Bo Young of Strong Woman Do Bong-Soon fame. She and Ahn Hyo Seop play revived souls who were reborn with different appearances based on how good their spirits were in their past lives prior to the accident. Bo Young's character finds herself working at a law firm trying to solve the mystery behind their deaths.

Starring Han Ji Min, Jung Hae In, and Kim Jun Han, the drama starts with a meet-cute between a librarian and a pharmacist. It tells the story of "two people whose uneventful lives become shaken by unexpected love, leading them to seek what their hearts truly desire, instead of being fixated on faith."

Possibly one of the most-awaited dramas fans have been waiting for, Arthdal Chronicles will be the comeback of Song Joong Ki, whose character relentlessly fights to protect his own tribe. It also stars Kim Ji Won and Jang Dong Gun. The story will revolve on the birth of civilization and nations in ancient times, featuring mythical heroes, their struggle, unity, and love of people living in a virtual land called Arth.

Which Netflix Original K-drama series have you watched or are you most excited about?

Here's Why We're Obsessed with the K-Drama Tomorrow With You

Most Stunning Churches In Quezon City To Book For Your Wedding

The Most Essential Travel Apps To Help You Plan Your Vacation