The celebrity doctor also "spilled the tea" on other backstage secrets. 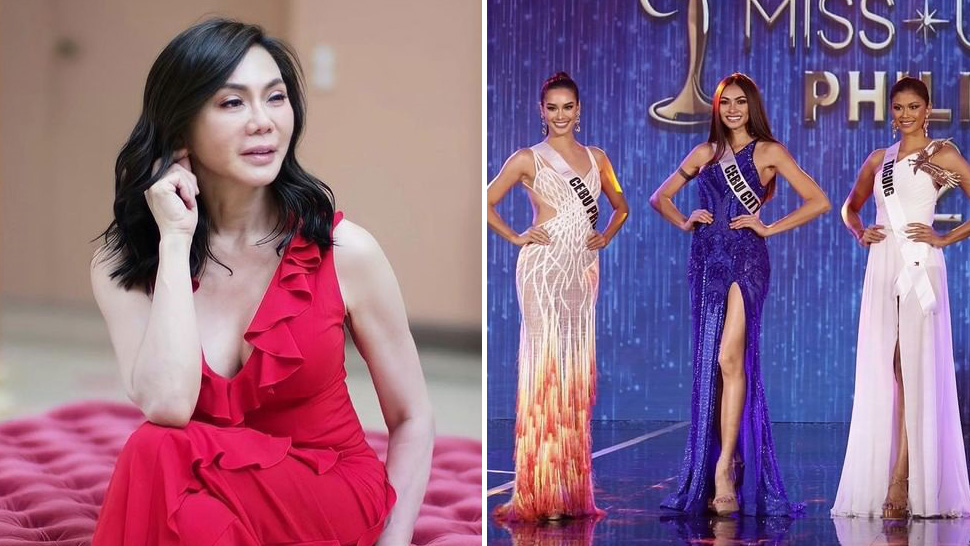 Like the true pageantry fans we are, all eyes were on the Miss Universe Philippines 2021 pageant last Thursday evening. Beatrice Luigi Gomez of Cebu City was officially crowned as the new titleholder at the end of the night, and four new queens have gained their titles.

That said, there was apparently more to the event than the microphone mishaps. One of the pageant's judges, celebrity doctor Dr. Vicki Belo, revealed behind-the-scenes anecdotes about the pageant we didn't catch in the livestream. She narrated everything candidly through her Instagram stories, and obviously, we were quick to take notes.

Here are 5 backstage "secrets" from Miss Universe Philippines 2021, according to Dr. Vicki Belo:

1. There was no crowd at the venue.

"It was hard for them to put up this contest because the IATF rules are even stricter," Dr. Belo began. Despite the soft cheers we all heard during the livestream, she confirmed that the venue wasn't as packed as it would have been if not for the pandemic. She shared that there was "no crowd at all" since everyone had to observe physical distancing. She added, "None of us [judges] can go up and crown the winners. They can't go near us."

If you recall, only Miss Universe Philippines 2020 Rabiya Mateo, host KC Montero, and the rest of the top five were onstage for Bea Gomez's coronation.

Dr. Belo claims that two candidates unfortunately lost their chance at the crown after testing positive for the virus. "It's been very difficult," commented the judge. To stay safe, she said that everyone continued to wear masks inside the bubble. "Sayang naman ang aking gown hindi bagay si mask," she quipped.

3. Two candidates reportedly went out of the MUPH bubble.

To prepare for the coronation night, the Miss Universe Philippines top 30 and pageant staff had to be placed in a "bubble" to isolate and prevent anyone from contracting the virus.

However, Dr. Belo alleged there were people who failed to comply on the day of the coronation. She said in her Instagram story, "Two candidates broke the rules kanina and had their makeup done somewhere else, but I can't tell you who they are. Although that's not good, breaking rules."

Similar to number two, the MUPH organization has yet to confirm or deny that this occurred.

4. The coronation night was supposed to happen in Subic.

Apparently, the venue for the pageant was changed at the last minute as well. Dr. Belo claims that the coronation was supposed to be held in Subic, but it was moved to Bohol for an unstated reason. "Buti nalang Bohol is really about tourism and they were able to accommodate them here in the Henann Hotel," she added.

5. The decision to crown Beatrice Luigi Gomez as the winner was unanimous.

Moments before the winners were announced, Dr. Belo uploaded a video on her Instagram feed that featured her fellow judges. In it, they revealed the decision to crown Cebu City's Bea Gomez as Miss Universe Philippines was unanimous. Not only that, their pick for second place, Miss Universe Philippines Tourism Katrina Dimaranan, was also well-agreed upon by the group.