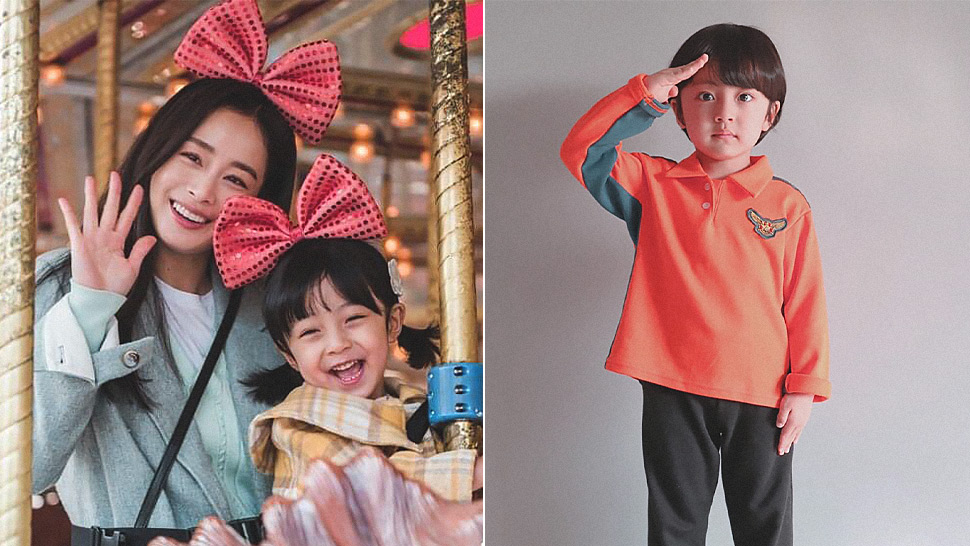 If you're a fan of the Netflix K-drama Hi Bye, Mama, you're probably enamored with Cha Yu Ri's journey as a loving mother who, five years after a fatal accident, finds herself fully reincarnated, albeit only for a cruelly short 49 days. The series is known as a lethal tearjerker, which doesn't come as a surprise given that its theme revolves around familial love and grief.

A standout presence on the show is Cho Seo Woo, the endearing little daughter of Cha Yu Ri (Kim Tae Hee). As it turns out, she was played by the talented child actor Seo Woo Jin, who is actually a boy in real life! Would you have guessed?

According to a Soompi report, Seo Woo Jin, who is turning five on July 23, was selected for the role due to his acting chops, as well as for his striking resemblance to his on-screen mom. A source connected to the production told South Korean news channel YTN that several crew members were startled upon discovering that Seo Woo Jin was in fact a boy.

For a four-year-old, Seo Woo Jin has an impressive resume, having acted in the dramas Go Back Couple, The Light in Your Eyes, Gangnam Scandal, Sweet Stranger and Me, My Little Baby, and Love with Flaws, among others. Entering the entertainment industry (particulary the K-drama world, no less) is no simple feat, especially for someone so young. Thankfully, Seo Woo Jin's parents are exceptionally supportive, quick to defend him from online backlash.

"Unlike other children of his age, Woo Jin is a smart kid who understands very well about what he is doing right now and why he plays the role of a girl. I didn’t make him audition for the role because I wanted him to play the main character. Of course, when I was offered to play the role of a girl, I asked Woo Jin for his opinion, and he willingly said that he was okay [with it] and that he could do it well," his mother wrote in an Instagram post.

"I know my son better than anyone. I care for him, and I love him," she said.

It's tough to be an actor in the K-drama industry, even as a grown-up. Needless to say, kids like Seo Woo Jin are simply a burst of pure talent!

You Have to See This Vlogger's Tutorial on Kim Tae-Hee's Makeup in "Hi Bye, Mama!"

This Is the Exact Designer Bag Kim Tae Hee Is Always Wearing in "Hi Bye, Mama"

The Era Of Cheap Travel Might Be Over Because Of Covid-19, According To Reports