JUST IN: Jinkee Pacquiao Is One Glamorous Ninang at a Wedding Wearing Accessories Worth at Least P10 Million|Read more »
Culture | By Cass Lazaro - Nov 1, 2022 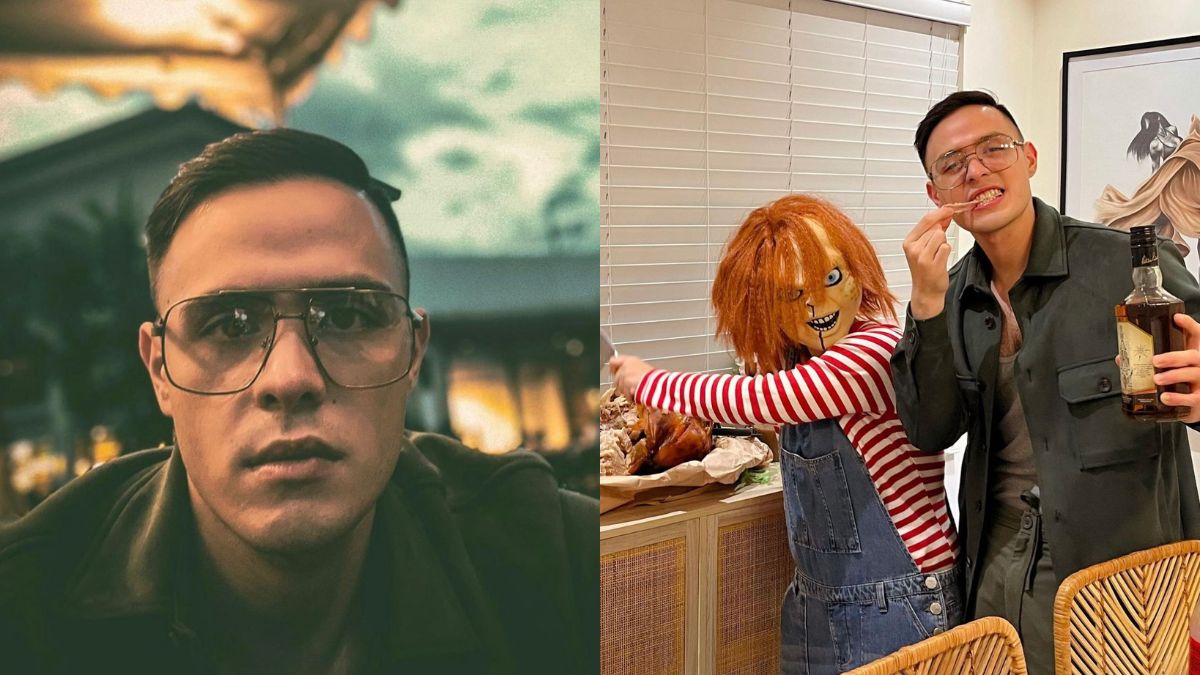 IMAGE Instagram/martinmigueldelrosario
The actor apologized and said that it was “nothing intentional” and was only done “in the spirit of Halloween.”

ICYDK, the true crime-inspired hit, which is the second-biggest series on Netflix next to Stranger Things, has been slammed for “glorifying” the real-life serial killer, with relatives of the actual victims speaking up about being re-traumatized by the show after the streaming giant failed to consider them when making the series.

The backlash even reached a point where sporting the Dahmer look is treated as a big faux pas, resulting to EBay banning any Halloween costume evoking the notorious killer from being sold on its platform, citing company’s stance in prohibiting listings that “promote or glorify violence or violent acts, or are associated with individuals who are notorious for committing violent acts” as deciding factor behind it.

It looks like Martin didn’t get the PSA, though. In a now-deleted Instagram post, the actor made headlines after sharing photos of his Dahmer-inspired costume, which he wore to a Halloween party with his friends.

Naturally, eagle-eyed netizens took notice and had a lot to say about it. In the famed pop culture-oriented Facebook group Main Pop Girls Stanposting, several users slammed the actor for his controversial ‘fit.

“Dear Martin Del Rosario, Jeffrey Dahmer is not a costume. He’s not Michael Myers, he’s not Freddy Krueger, or Jason. Those are made-up characters; he was a real monster,” one netizen wrote. She also called out the actor’s friends for poking fun at the character. “The fact that you people think it is hilarious to portray him as a funny or entertaining character is actually very sick.”

Another netizen echoed the disapproval and pointed out the possible impact of such act to the victims of Dahmer, consisting of predominantly Black and queer personalities.

Someone who claimed to have previously worked with Martin also aired her take: “To think that he did some gay roles before tas bigla siya mag-Dahmer. There [are] literally a million of options of characters to dress up as. Choosing Dahmer was a choice. Sana inulit mo na lang yung Joker mo.”

In a statement shared with Preview, Martin explained the reason behind his viral costume, apologizing to those offended by it. “I never intended to hurt or insult anybody with my ‘Dahmer’ Halloween look. My intention was just to depict myself in costume as somebody who’s [as] evil as Dahmer, which is basically the objective of a Halloween costume.

“If I have hurt anybody or have become insensitive by donning the Dahmer look, I sincerely apologize. Please trust that it was nothing intentional. It was just for the spirit of Halloween.”

All the Coolest Costumes That Filipino Celebrities Wore for Halloween 2022