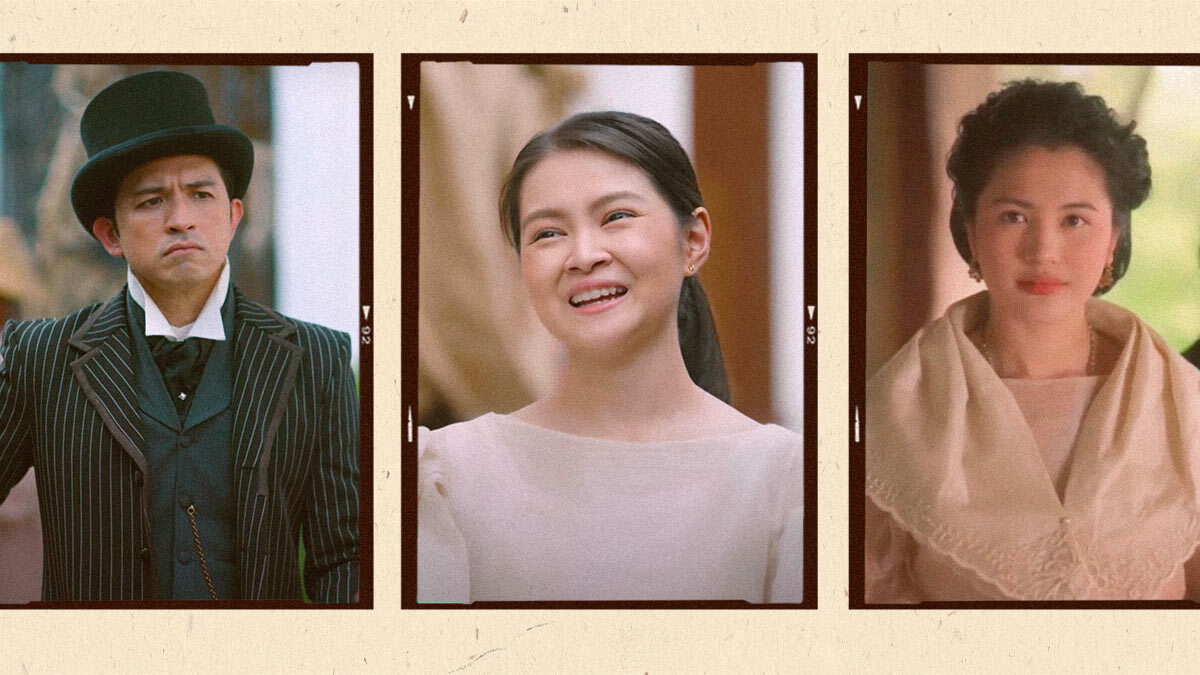 IMAGE GMA DramaILLUSTRATOR Bacs Arcebal
The show may teach us a thing or two about history and forgotten Filipino values.
Shares
Share
Tweet

2022 is almost over and it definitely brought us tons of local TV shows that are worth the binge! But if you’re a history junkie and a fan of modern sitcoms at the same time, then you’ll most likely look forward to GMA’s new TV series Maria Clara at Ibarra. Starring Kapuso stars Julie Anne San Jose, Barbie Forteza, and Dennis Trillo, the teleserye is set to tell the fascinating story of the well-loved novel Noli Me Tangere, a masterpiece written by our national hero Jose Rizal.

As if your favorite reading material on HS couldn’t get more interesting, the show puts a fresh Gen Z twist into its storyline! Below, everything we know about the show so far:

Who is in the cast of “Maria Clara at Ibarra”?

Barbie stars as Klay, a nursing student and Gen Z “Maria Clara” who finds herself transported into Noli Me Tangere’s world in 1887. In perfect casting, she gets close to the characters of Dennis, who plays the novel’s main character Crisostomo Ibarra, and his damsel in distress Maria Clara, to be portrayed by Julie Anne. Joining them in the star-studded cast are Tirso Cruz (Padre Damaso), Andrea Torres (Sisa), and Juancho Trivino (Padre Salvi).

What do we know about its storyline?

The trailer starts off with Klay debating with her professor about the importance of reading Noli Me Tangere to her career pursuit as an aspiring nurse. Lecturing her on how relevant Rizal’s works are, he offers her an old hardbound copy of the book, and the next thing we know—her character emerges into an 18th-century setting straight from the pages of a novel she loathes.

She gets introduced to Maria Clara, who, as prim and proper as she looks, is quite curious about her modern persona. A glimpse of friendship between Klay and Crisostomo takes center stage in the show as well, even including a scene that shows Klay correcting the protagonist about gender stereotypes.

The premise of the show is that Klay will take away a lot of valuable lessons from the fascinating world that Jose Rizal has created, especially nationalism and cultural values seemingly forgotten by most Filipinos. At the same time, the novel’s characters might be able to learn something from her, too—with her sense of courage and progressive stance as her undeniable assets. Who knows, she might even have them doing TikToks or mouthing "sheesh" like a true blue Gen Z. LOL!

When is the release of the show?

The show is set to land on TV and all of GMA’s streaming platforms on October 3. With its intriguing storyline and timely relevance, you wouldn’t want to miss this show!

Check out Maria Clara at Ibarra's full trailer below:

Wow, "Pretty Little Liars" Is Back with a New Spinoff Series on HBO and Lea Salonga Is Part of the Cast

Atasha And Andres Muhlach Will Only Be Allowed To Enter Showbiz Once They Finish School, Says Their Mom