JUST IN: Jinkee Pacquiao Is One Glamorous Ninang at a Wedding Wearing Accessories Worth at Least P10 Million|Read more »
Culture | By Marj Ramos Clemente - Aug 19, 2020 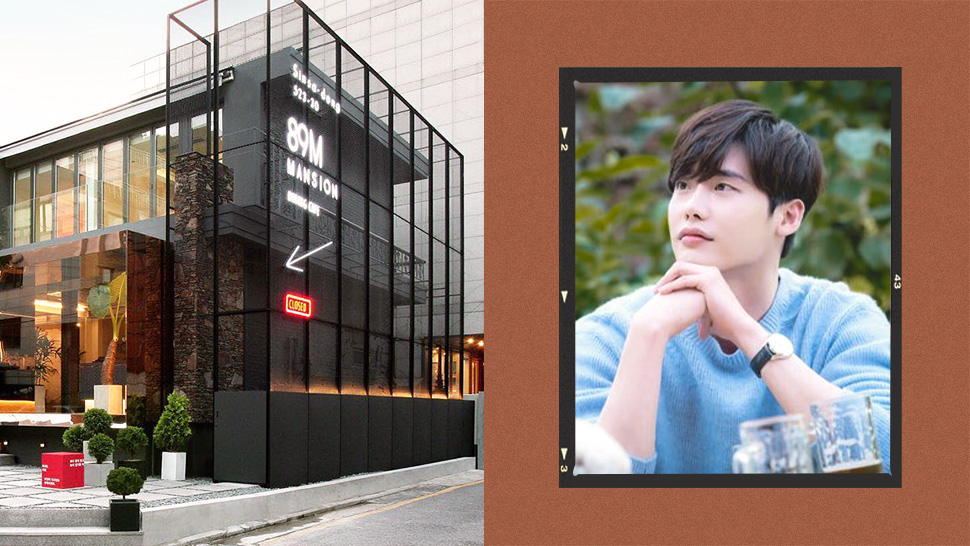 IMAGE instagram.com/cafe.89mansion; MBC/weightlifting fairy kim bok joo
Its last day of operations will be on September 14, which is the actor's birthday.

If you’re a huge fan of K-drama actor Lee Jong Suk (While You Were Sleeping, Pinocchio, W: Two Worlds), then for sure you’re well aware that he’s also the proud owner of a café called 89 Mansion. The two-floor café located along Garosu-gil street in Seoul officially opened in 2017 and some fans would even occasionally spot the Hallyu star taking orders and manning the cash register himself!

Needless to say, it quickly made it to the top of every K-drama fangirl’s list of must-visit locations in South Korea. So if you were able to pay Lee Jong Suk’s famed café a visit in the last three years, well, lucky you! But for the rest of you who have yet tick this place off your travel bucket lists, unfortunately, you only have until mid-September to do so (and with the current travel restrictions brought upon by the COVID-19 pandemic, that seems unlikely to happen).

Through its official Instagram account, 89 Mansion has announced that the business will unfortunately be closing down soon, specifically on September 14—which, as most of you probably know, is also the birthday of Lee Jong Suk. “89 Mansion is about to ends its short journey on September 14,” their official statement reads.

The café is among the many businesses that have been gravely affected by the pandemic’s economic wrath. In the same statement, it was revealed that the store hasn’t been able to function under normal operations since COVID-19 struck.

Naturally, their Instagram announcement was flooded with comments from fans who were heartbroken over the saddening news. “Thank you for all the memories! Please come back in the future. Stay safe,” one user commented, even tagging Lee Jong Suk on her post. Another one notably said, “Sad news today, but we have no choice [but to] respect your decision… But why Jong Suk? Why on September 14? Why on your birthday?”

Meanwhile, the rest of the comments echo each other’s sentiments about their dream to still be able to visit the actor’s café someday, hoping that it will reopen when things finally get better.

Lee Jong Suk is said to have been inspired to open 89 Mansion while he was filming While You Were Sleeping, and it has always been his dream to have his own cafe. He is currently serving his mandatory military enlistment and is scheduled to be discharged on January 2, 2021.