JUST IN: Jinkee Pacquiao Is One Glamorous Ninang at a Wedding Wearing Accessories Worth at Least P10 Million|Read more »
Culture | By Isha Fojas - Jan 6, 2023 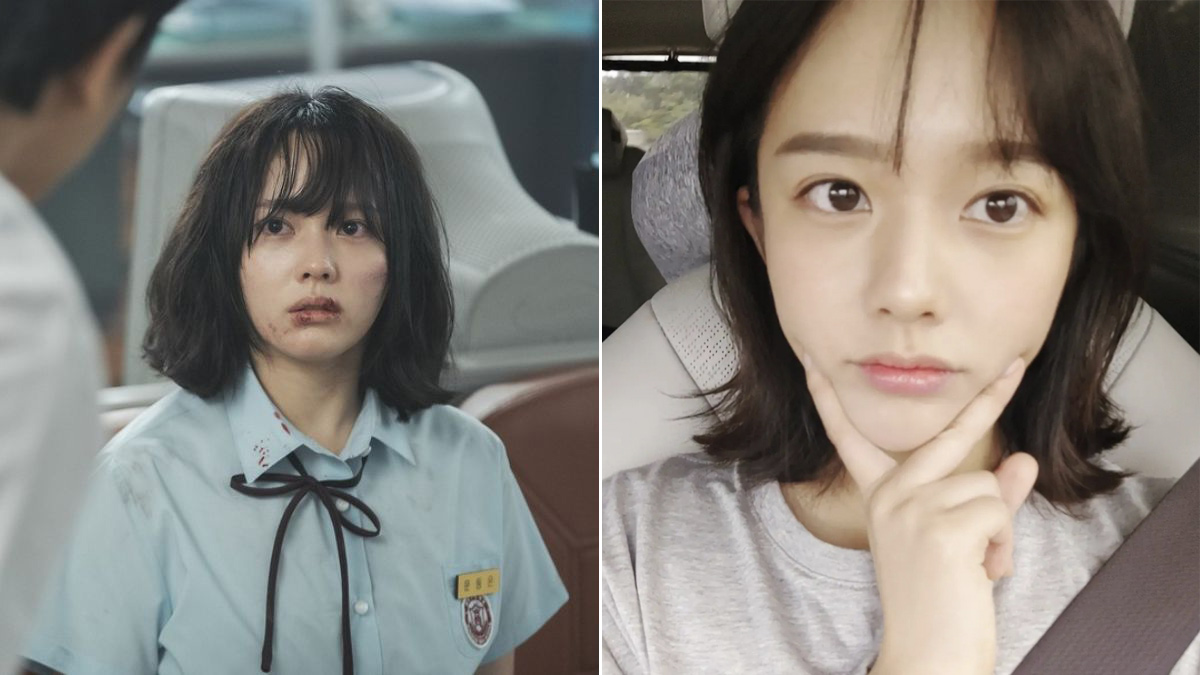 IMAGE netflix/the glory, instagram/MINT_ZISO
She's garnering attention for her impressive portrayal as the younger version of Song Hye Kyo in the K-drama.

K-dramas have been dominating our screens since the 2010s. If you look at Netflix’s list of Top 10 TV Shows in the Philippines, you’re bound to see at least one or two Korean shows included. Case in point: Song Hye Kyo’s latest revenge drama, The Glory, just debuted last December 30, but it’s already made its way into the number one spot among TV shows on Netflix in the Philippines today.

That being said, we’re not here to talk about Song Hye Kyo. Although we love the Hallyu queen, there’s a rising star from the series who managed to caught our eye. Jung Ji So, who plays the younger version of Song Hye Kyo’s character Moon Dong Eun, not only shares an uncanny resemblance to her (kudos to the casting crew) but also boasts of some serious acting chops.

The plot mainly stemmed from Moon Dong Eun's very difficult childhood, so naturally, it left Jung Ji So with a very challenging role to play. Needless to say though, she absolutely nailed it! We can’t wait to see her in the second part of the series releasing in March. But for now, read on to learn 10 interesting facts about the up-and-coming K-drama actress.

1. Jung Ji So is only her stage name.

Her first acting debut was in another K-drama called May Queen, which was released in 2012. She was only 13 years old at the time.

The 2022 Korean Broadcasting System (KBS) Awards is an awarding ceremony for outstanding shows and performances broadcast on the KBS. Jung Ji So won the award for Best New Actress for her role as Seo Yoon Hee in the drama series Curtain Call.

She played the part of Park Da Hye, the daughter of the wealthy Park family being manipulated by the Kim family.

6. Jung Ji So has played the younger versions of several actresses in different TV shows.

7. Jung Ji So is actually a great singer.

Not only does she have great acting skills, but she also has the voice of an angel. Here’s a clip that she shared on Instagram of her singing in the recording studio.

In the K-drama musical Imitation, Jung Ji So plays the main character Lee Ma Ha, a K-pop idol from the girl group Tea Party. There, you get to see her full acting, dancing, and singing skills on display. Here’s a clip of one of their performances from the show. She shared that she spent a lot of time training for her role in this drama and even posted some behind-the-scenes footage of her idol training on Instagram.

9. Jung Ji So played the terrifying angel in "Hellbound."

In the first episode of Netflix’s horror series Hellbound, an angel appears to announce the death of Park Jungja. It was revealed later on through behind-the-scenes footage that Jung Ji So was the actress who played the angel.

10. She became an expert on shamanism for her role in "The Cursed."

In her interview with Singles magazine, she shared that to prepare for her role in The Cursed, she had to research a lot about the occult, paranormal, and shamanism. She watched tons of videos related to shamanism and exorcisms from different countries.

“If you don’t become an expert, you can’t act properly. You have to really lose yourself in your role and act in a way that isn’t awkward in order for viewers to be able to lose themselves in the story as well,” she said.