Watch these if you can’t get enough of the "Law School" actor. 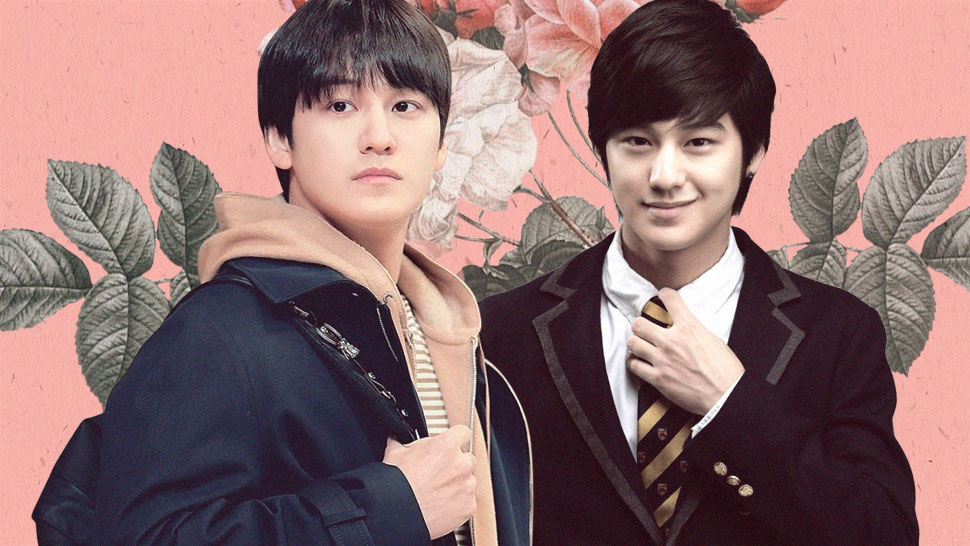 IMAGE Law School/Netflix, Boys Over Flowers/KBS2
Watch these if you can’t get enough of the "Law School" actor.
Shares
Share
Tweet
Comments

Boys Over Flowers star Kim Bum has definitely gone a long way since making our young hearts swoon as the artistic F4 member So Yi-jung. Case in point: He’s currently keeping us at the edge of our seats with his latest legal drama Law School. Kim Bum’s versatility as an actor is unquestionable, having been in the industry for more than 15 years! In fact, his rawness and honesty on screen is testament to how he is in real life—he revealed he prefers being straightforward in this article.

So, while we wait for the next Law School episode to drop, we've rounded up 10 binge-worthy K-Dramas that show Kim Bum's impressive acting chops, whether he’s your lead, friend, or foe.

Of course, Boys Over Flowers, a.k.a. the show that put Kim Bum on the map, just has to be part of the list. In case you haven’t seen it yet for some reason, the drama follows the story of  poverty-stricken high school student Geum Jan-di as she enters the prestigious school of Shin Hwa High, attended by Korea’s wealthiest kids. There, she gets off to a rough start after being bullied by Goo Joon-pyo, the leader of the F4, a group consisting of the school’s most famous heartthrobs. Alongside Joon-pyo are his childhood best friends, Yoon Ji-hoo, So Yi-jung, and Song Woo-bin. Things get complicated when a love triangle forms between Ji-hoo, Jan-di, and Joon-pyo, which begs the question: Who will Jan-di choose in the end? On the other hand, Kim Bum plays Yi-Jung, an artistic potter and womanizer who slowly develops feelings for Jan-di’s best friend.

Kim Bum plays the wayward character Lee Jang-seok in his other 2009 drama Dream. The series kicks off when Jang-seok is released after spending time in a juvenile detention center for being a pickpocket. He then meets Nam Jae-il who’s success as a sports agent ends after his most popular client is caught in a drug scandal. Together, they strive to get back on their feet with Jang-seok aiming to be a K-1 champion fighter, while Je-il recovers his reputation as a sports agent.

This romantic comedy drama follows the friendship of three 34-year-old women, Lee Shin-young, Jung Da-jung, and Kim Bu-gi as they navigate their way through life and love. Broadcast journalist Shin-young is optimistic about her love life despite her career getting in the way. On the other hand, her old friend Da-jung is clueless about love but hopes to snag a perfect rich husband within the year. After sparks fly in a blind date and a relationship ensues, she marries Doctor Na Ban-seok who eventually makes her realize that marriage life is not at all like a fairytale. Rounding up the trio is successful restaurant consultant Kim Bu-gi who’s less than fortunate in the dating game. She remains content with being single and acts as the group’s love guru. Kim Bum plays Ha Min-jae, a college student and talented musician who starts a relationship with Shin-Young who’s 10 years his senior.

Padam Padam has Kim Bum stepping into a fantasy K-drama. He plays the guardian angel Lee Gook-soo who’s best friends with the show’s lead Yang Kang-cheol, a man sentenced to 16 years in prison for a crime he did not commit. While in prison, he accidentally kills a guard resulting in his execution. As his final moments loom, he is given a second chance at life. Following his release, he travels to Seoul and meets Jang Ji-na. Despite their rocky start, they are drawn to one another and fall in love, but everything falls apart when Kang-cheol discovers a crucial element to his wrongful conviction years ago.

If you’re into historical dramas then this one’s for you! Goddess of Fire is based on the real life story of Baek Pa Sun, the first lady porcelain maker in the Joseon Dynasty, before she was captured by the Japanese. In the drama, Baek Pa Sun is depicted as Yoo Jung, a passionate girl gifted in the art of pottery who strives to become the best porcelain artist despite it being a man’s job. Along the way, she captures the heart of Prince Gwanghae. However he is not the only man in Yoo-jung’s story as Kim Bum plays her childhood friend Kim Tae-do. We see Kim Bum in the role of a righteous and considerate military officer whose loyalty to Yoo Jung surpasses any challenge that comes his way.

After losing all the people he loved, Oh Soo turns to high stakes gambling and philandering to fill the void. As he targets rich women to con, he sets his eyes on Oh Young, a blind heiress of a large corporation—his easiest pick yet, or so he thought.  The con artist sees an opportunity to disguise as Oh Young’s missing brother, aiming to take her riches and repay his debts. Despite inheriting a large conglomerate, Oh Young shares similar woes after having been brought up alone which has led her to be skeptical towards love. Can the trickster keep up his act or will they both discover their heart’s missing pieces? As a supporting character in the drama, Kim Bum takes the role of Park Jin-sung, Oh Soo’s co-worker.

An elite squad of undercover homicide detectives is formed to bust high profile crimes even if that means circumventing the law. This secret unit, Number 5, is led by Superintendent Jang Moon-won together with Cha Gun-woo, Jang Min-Joo, and Choi Tae-Pyung.

Did you know that to portray the dark and vengeful Cha Gun-woo, Kim Bum underwent a drastic transformation by losing 14kg, cutting his hair, and growing a slight mustache and goatee? We love his dedication to stray from his usual sweet person in this drama.

Following the success of Mrs. Cop season 1, this sequel focuses on a new female lead, Detective Ko Yoon-jung. After completing 6 years of FBI training in New York, Yoon-jung returns to Korea with the intent of unearthing a previous murder case. Her arrival prompts the police department to offer her the lead position in Crime Squad Team One after their original head steps down. Her team is formed with Bae Dae-hoon, Kang Sang-chul, Oh Seung-il, and Shin Yeo-ok, and they immediately set off to investigate CEO Lee Ro-joon (Kim Bum), the primary suspect of their first assignment. While K-drama fans are used to seeing Kim Bum take the good side, this K-drama tests out his acting chops as a first-time villain.

Tale of the Nine-Tailed, also known as The Tale of Gumiho, marks the return of Kim Bum to the K-Drama scene after spending time in the military. This also continues his villain streak as the evil gumiho (nine-tailed fox) Lee Rang, opposite Lee Dong Wook’s character, Lee Yeon. Driven by his emotions, Lee Yeon gives up his guardian of the mountain status to search for his one true love. While away, the mountain succumbs to disarray and is invaded by humans. This causes his half brother, Lee Rang, to escape while harboring hatred towards humanity. Meanwhile, Lee Yeon makes a deal with the afterlife, ensuring the reincarnation of his true love as he searches for her and, in exchange, offers his services to kill evil creatures. In the present, Lee Yeon settles in the city and attracts the attention of a woman named Nam Ji-ah after she realizes that he saved her from a life threatening event in her childhood.

Proving that Kim Bum is a chameleon actor, this time he steps into the shoes of first year law student, Han Joon-hwi in the ongoing crime and mystery drama Law School. After an unusual event transpires in the prestigious Hankuk University, terror professor Yan Jong-hoon and his determined students suddenly find themselves embroiled in the strange case. If you’re still mulling over riding the Law School hype, here are five reasons why you should definitely get in on this show ASAP.